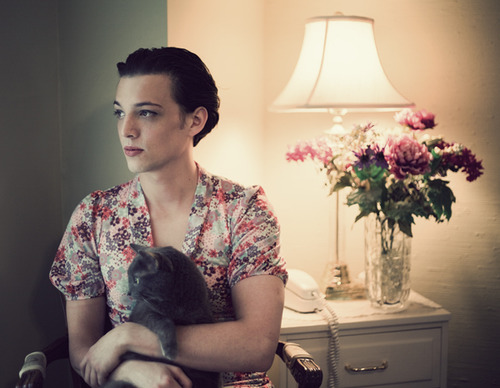 Its a good question, as many people believe being transgender is different than being gay or bisexual, and just don’t get why transgender people are included in the same movement.

And although some Trans* people consider themselves categorically different to LGB people, they still fall under the umbrella of sexual minority.

From a cultural perspective they face many of the same challenges, especially threats to the legitimacy of their identity (i.e., cultural norms that suggest people choose their sexual or gender identity).

We share a shared history. Back in the day, trans people and gay people were seen as the same (and unfortunately still are sometimes). The gay community and the trans community were extremely close, and fought together during the Stonewall riots (which has been hailed as a gay rights movement, despite the fact that most of the people involved were trans women!).

We have similar goals for equality. Both the trans and gay communities are fighting for the legalization of same-sex marriage (this is very important for transgender people too. For example, I know a trans guy who couldn’t marry his girlfriend because his legal sex was still female, even though both of them are straight), criminalization of discrimination in areas of housing, employment, medical care, etc.

Homophobia and transphobia often go together, usually stemming from religious beliefs. I’ve yet to meet a homophobe that wasn’t also a transphobe. Basically, trans people and gay people are hated on by the same types of people, and often for the same reasons.