How Do You Improve Your Gaydar? 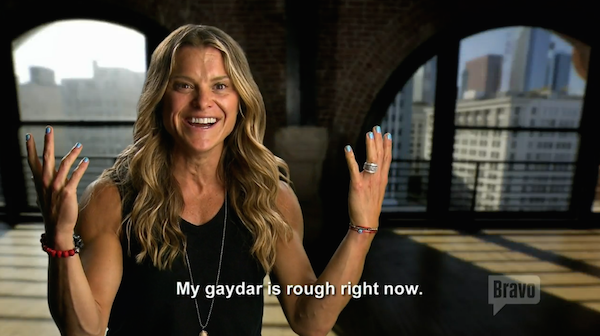 Q: How Do You Improve Your Gaydar?

I’m sitting in a coffee shop right now, and I am wondering how to tell who is gay? This is way harder than I thought and I’m completely incompetent when it comes to walking up to and saying hello to people I’m not sure would even be interested in talking lol. cries for days

Well, reader, I think I have a somewhat unpopular opinion on this subject.

You see, I don’t think “gaydar” is a real thing.

We can make speculations about someone, and we can even hope that someone will be gay. But unless we really know them, there’s often no way to tell if they’re gay. The only ways to tell are pretty much based on stereotypes, and very few of them hold true. Unless someone tells you that they’re gay or straight or bi or asexual… You really have no idea.

I can, however, tell you a few ways that you can tell a girl isn’t gay.

That’s really all there is – and even those are greatly generalized. For the most part, I don’t really believe in making any assumptions about people based on their appearances, as looks can be deceiving. Aside from that, it’s a bit disrespectful to assume you know someone based on your first impression. I know, it’s in our nature to make “first impression” judgments – but I don’t think that judgment should come without a conversation. It is literally impossible to know someone you’ve never spoken to.

(I also argue with anyone who says they “met me” when I was a baby, and for the very same reason.)

I’ve never been very good with “Guess the Gay”, but I used to try a lot when I was a teenager. All I learned from guessing is that your assumptions about a person are usually based on what you want them to be. If you see someone whose style is similar to yours, you want to think they’re similar to you, because you could be friends with them. If someone’s style is drastically different, you want to think they’re nothing like you, because your brain doesn’t instantly see a connection.

While I don’t believe you can tell if someone’s gay just by looking at them, that’s actually an invitation for a deeper connection. I think you should approach someone you’re interested in (as long as you’re certain you can handle the rejection if she’s straight!) and strike up a conversation. In time, the conversation with either turn into a friendship or a relationship, or it’ll just be a conversation. But you won’t know until you say hello!

PrevPreviousNew Year, New You: Important Mistakes You Shouldn’t Repeat This New Year
NextWhy “I’m Not Looking For A Relationship Right Now” Is The Biggest Cop-Out EverNext