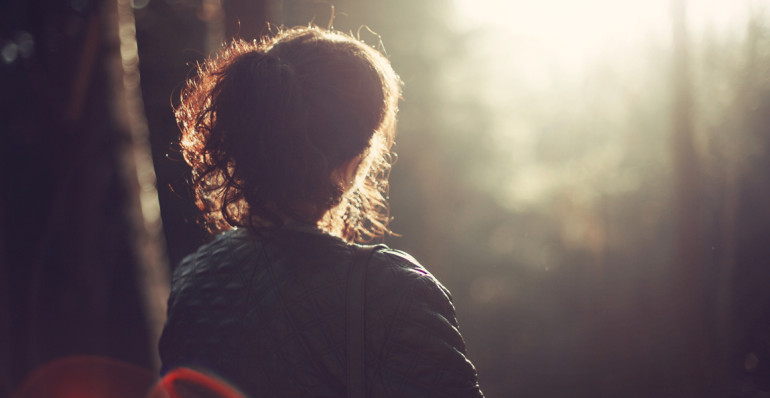 Don’t fall victim to the “only one time” myth – crystal meth can take away things you never thought you could lose.

When I was younger, I was into some pretty shady stuff. My biggest influences at the time were, quite frankly, not that good. (However, I don’t place the blame on them – I believe in taking full responsibility for my actions.)

There was this girl I had fallen for when I was 16, but circumstances kept us apart. Either she was with someone or I was with someone, and I never wanted to be the reason for a relationship ending that way. I waited patiently, in the background, until I was 19. Suddenly, she and I were both single – so we decided to give it a shot.

At first, everything was ok, but we ended up moving – separately, to different places. Neither of us had the financial freedom to get a place together, so we were forced to live with family members. We ended up in the same state (that was different than the state we started in), but it was still hard to see each other, as neither one of us drove.

It wasn’t so bad, though – we got to see each other every now and then, when someone was heading that direction, or when I could afford to send her a ticket. One night when she was visiting, I even asked her to marry me. We had only been together a few months, but I had waited so long – I felt like I knew her, inside and out. I knew she had some issues with mental health, as did I, and we had our vices that probably should have been dealt with – but we were happy together.

One day when we were texting, she told me that her stepmom had brought home some meth. I knew she had smoked meth before, but as far as I knew it was in her past. I asked her to promise me she wouldn’t go back to it, and she did.

Except she didn’t keep her promise.

I was beyond hurt – it was literally the first promise I had ever asked her to make me, and she broke it, seemingly without hesitation. We didn’t talk for awhile, but eventually she started messaging me again, telling me she messed up and that it wouldn’t happen again.

It wasn’t too long before things worked out that she could actually come up and live with me, so of course she did. We had been together for a total of about 6 months at this time. I was still hurt from her lying to me about the drugs, and in a moment of stupidity I asked her to bring some up with her.

“I want to try it,” I foolishly said. “I want to see why it was worth breaking my heart over.”

It was only supposed to be the one time – but that “one time” lasted almost a year. I can honestly say that I never sunk to the lows of stealing in order to get it, but I did stop paying any of my bills for several months. She did steal from family – somewhere in the vicinity of $350 once, directly from her stepmom’s bank account. I knew about it and did nothing to stop it. It went against my principles, but, I was in love with her.

Somehow, the drugs took us from “broken but happy” to “completely torn apart”. We would get in nasty public fights that almost resulted in security being called on us (a few times). We would go for walks to “clear our mind” and she would pass out in the road. We would threaten to kill ourselves over not having more of it – and that’s when I realized.

Thankfully, I got out of the drug habit before things got too bad. I was under the impression that she had gotten clean with me – completely casting aside that it works its way into your mind and makes you lie to the people closest to you.

I wasn’t using anymore, but still we had nasty public fights. The neighbors threatened to call the police a time or two. She smashed holes in the walls, and a few times she even broke her hand punching something out of anger. She would break things, smash things, and threaten to kill me.

But I was in love with her.

The entire time, I was still thinking that she had gotten clean when I did. At least, I told myself I thought that; I think internally I always knew she hadn’t. This drug had turned her from the woman of my dreams into a complete stranger – a stranger who wanted to kill me. I refused to believe what was obviously going on in front of me. It was far too painful to admit.

I let this go on for four years. I was too wrapped up in my idea of how she was my first love – I wouldn’t allow myself to see that’s not who she was anymore. The final straw was when she came back into our room after a big fight, mad because I was asleep on the floor. She went on a tangent about how you only sleep on the floor in your own bedroom if you’re trying to start a fight – so she was going to fight me.

Now, you probably don’t know this about me, but I’m a very peaceful person. The only time I find violence to be necessary is if you’re defending yourself from other violence. I am utterly ashamed that I didn’t take the threats seriously before they got to the point of physical violence, but here she was, trying to kill me. She literally had her hands around my throat, telling me how I made her do it.

I’ve blacked out a lot of the details of the big fight, as it’s a painful memory for me, even years later. But I do remember a few important details.

I tried to call my best friend, to see if I had an alternate place to stay, but I couldn’t – because my ex grabbed my phone and threw it, thinking I was calling the police on her. I tried to get out of the bedroom – and she pushed me through the wall by the door. I tried to call on my roommates to help me – and she told them that it was none of their business, and that they should get out of “her” house if they didn’t like it.

When I finally got away and made it to the neighbor’s house, she went so far as to tear their security door apart. You know the type; painted metal that’s easier to see out from than into. She tore the door apart, and “didn’t understand” why my best friend wouldn’t let her “just talk” to me.

I probably would have died that night if it hadn’t been for my best friend.

I’m really not telling you this for anyone to feel sorry for me – it’s just a piece of my story, building into my overall self. The over-leaning message I want our readers to get out of this is meth is not a joke. Even if you are able to get clean, if the people around you don’t, it can still ruin your life.

These days I don’t associate with anyone involved in that lifestyle. I have lost some friends over it, definitely, but I would rather lose some friends than lose my life – and so should you.
Of course, everyone’s reaction is different, so if you’re sitting here thinking “But I would never do that!” you may be right. But that doesn’t mean that the person you choose to use with – be it a friend, a partner, or some random stranger – does things the same way. Hard drugs have a funny way of changing people, and there’s really no way to predict whether it will happen to you or someone you love.

I beg you, if you are currently using – stop. I know it will be hard, and you’re bound to slip up a few times in the process. (I tried to get clean probably once a month, and it didn’t “take” until I finally ran out of money – I valued my principles enough to not resort to unsavory methods, but if it had gone on longer, I may well have.)

If you are dating someone who is currently using – this may not be what you want to hear – you need to prioritize your own safety over your relationship. It doesn’t matter how long you’ve known the person, things can change at any time.

Sometimes the best course of action is to urge your partner to seek counseling for their addiction. This can be a tricky subject, though, as often in the midst of a drug binge, the addict won’t want to get clean. Sobriety is something that you have to truly want, or it’s never going to work.

In my situation, my partner didn’t want to get clean – in fact, she wanted to keep using so badly, that she was willing to destroy my trust, destroy my home, and even destroy my life, with the intention of ending it – all to keep her drug habit. In these cases, you really only have one option: You need to walk away.

It can be difficult to walk away from someone you care about, but it’s important that you realize, in the grip of a drug addiction, the user becomes the addiction. In a way, you’re holding onto a relationship with the drug itself if you allow it to continue.

For those who haven’t gotten to that point, but you find out your partner is using – it may be best to walk away. Don’t fall into the trap of “Let me try it this one time” – it will change your life forever if you do.