How Long Should I Wait? 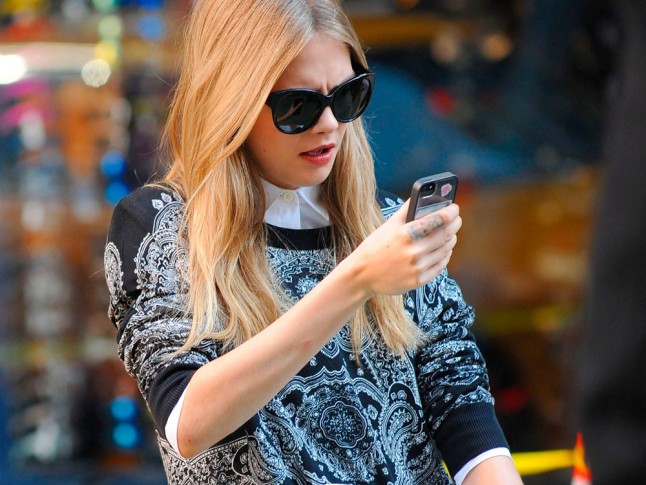 Q: How Long Should I Wait?

I met a woman a few months ago and we got along really well. We got chatty on social media and stayed in touch throughout the year. I reached out to her a few weeks ago and we had a really long talk. We spoke about marriage, kids, and our future plans. She also asked me out on a date. I said yes but we hadn’t agreed on a day/time. That same night, though, we went out and things got pretty intense. It was obvious that there was plenty of intellectual and sexual chemistry. We had a really great night and we agreed to see each other during the week.

However, none of that came to fruition. She said she planned our date for the weekend, but on Saturday she didn’t message me at all. I got annoyed and called her twice, and she just told me she was out with her friends. She didn’t contact me the following day either. I really don’t know what to do at this point. Is it even worth pursuing anymore? Is she even interested if she cancels on me twice with no apologies and doesn’t even bother to get in touch afterward? I don’t date often and have no idea how this works, so can you please clarify this for me? I thought I’d give it another week to see if she’d say anything. How long should you give someone to plan your first date? Because I waited 11 days, which seems fairly long to me.

Let me start my advice with a little story. This is one of the possibilities I see in your situation, but definitely not the only one.

Shortly before I met my current girlfriend, I was introduced to someone else, through mutual friends. We hit it off instantly – she challenged me intellectually, which is something that I don’t often find in others. (Maybe I’m just a bit pretentious, but I don’t consider the lack of an intellectual challenge to be a deal breaker; just that the challenge is a nice bonus.)

The first day we hung out together – at a party, hosted by yet another mutual friend, it was almost magical. I usually have a “no sex on the first date rule”, but I almost broke it. Yeah, it was that intense. We kept talking, but I was working two jobs at the time, and she was working full-time and taking care of her nephew. It was hard to match our schedules up, so we didn’t really hang out much – but we often stayed up all night texting and flirting.

As she lived with her mother and her nephew, I couldn’t go to her place; I had to wait for her to come to me (as I just lived with roommates at the time). It was tough to find time when we were both available – in the six months we were “talking”, I think we actually saw each other 6 times. (11 days does seem like a long time – but sometimes you have to be patient. In the grand scheme of things, 11 days is really not that long, after all.)

Well, in time, I learned that, not only did she have work and family life for me to compete with, but she was also seeing one of her coworkers. We had never discussed exclusivity, and we only discussed the possibility of a “future relationship” – never actually putting one in place. Here’s where my story takes a turn for the slightly immature: Once I realized she was seeing someone else, I decided to “retaliate” and also see someone else. I was hoping to make her jealous, and it actually worked – I saw her more frequently once she knew she had to “share” my attention. I’m not really proud of it, but it helped me to feel better at the time.

Looking back now, I can see that she wasn’t so much interested in having me to herself as she was interested in “winning” – which is possibly also why she offered such an intellectual challenge to me. As a romantic, it’s hard for me to wrap my head around the idea that not everyone is interested in the relationship. Some women are more interested in the chase. They want to know they can have you, but they don’t necessarily want you.

It’s possible that this girl you’re pursuing falls under this category: She wants the chase, she wants to know she can keep your attention, but she doesn’t necessarily want to give you hers. It’s important that you consider this as a possibility in your situation.

Another possibility is that she’s busy. After all, it hasn’t even been a month yet, and it is important to spend time with your friends even if you are romantically interested in someone. Many lesbians have the tendency to put their friendships on the back burner when they’re seeing someone, so she may be forcing herself not to do this as she prepares for you to be a part of her life.

If you are seriously interested in dating her, I advise you to have patience. In time, the situation will become more apparent. If she continues making excuses and refusing to value your time, pursue someone else – but not for the same reason I did. Rather than trying to make her jealous, which might work, focus instead on doing your own thing – which will definitely work.

(By the way, if you were curious, the “other woman” I started dating happened to turn into a long-term partner. Christmas Eve will mark two years that we’ve been together, and I couldn’t be happier.)

Instead of trying to put a time limit on this, you should focus on doing your own thing. Relationships rarely work out if they’re the primary goal, and if you put too much emphasis on it, you’re setting yourself up for disappointment, and possibly for her to take advantage of you. Enjoy your life and don’t worry about anyone who doesn’t worry about you.

PrevPrevious5 Reasons Staying Single Feels So Right
NextGetting Deep: The 14 Questions You Need to Ask Before It Gets Too SeriousNext