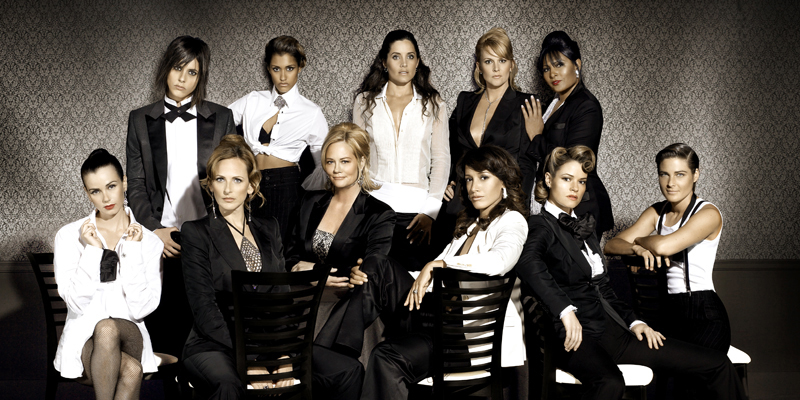 In short, The L Word wasn’t perfect. In retrospect, the Ilene Chaiken created show was an amalgamated mess of tropes (a bisexual suddenly ‘choosing a side’), problematic story lines (the entirety of Max’s transition story) and faces that were, for the most part, too femme, too white and too conventionally attractive to be a direct reflection of the viewers that were watching it.

When we look back on it now it’s easy to say that The L Word is flawed – it had its problems (with every episode of season 6 being a problem in itself) – but at the time it was the single television program focused around gay lives and gay issues, with other shows either choosing not to address them or sidelining them in favour of something which they deemed more ‘straight viewer friendly’. Always the subplot, never the focus. The L Word was also a stepping stone for the gay characters that we see today too and that is perhaps one of the biggest things that the seminal show has done for queer women.

For one, The L Word is a pillar and bastion of hope for the lives that many young queer women wish they could lead. Granted, not everyone wants to be cheated on by their partner when they’re some months pregnant, nor do they want to be shunned by their homophobic son, nor do they want to lose their male fiancée by having a secret affair with a female barista (or maybe they do, there’s no judgement from me) but in general, the myriad of relationships, the generally quite welcoming tone and the many out and proud women that made up Alice, Bette, Tina and Shane’s friendship circle is something that many ladies aspire to – minus the drama, of course. In fact, the show is for many people the thing that eases them into becoming accepting of themselves, allowing them to be more confident because of the wide, gay world that can be on offer to them if they come out and not just by discussing their female love interests over coffee in a tight night friendship group.

Showtime’s airing of the show was very much one of support. It was a brave decision, perhaps a raunchy one if you want to categorise the depiction of sex and relationships in the show but it wasn’t one that was taken as though The L Word was anything but their flagship program. The L Word was popular and successful and it’s one that saw 17 cast members and behind the scenes producers and writers (including Erin Daniels who played Dana, Rachel Shelley who played Helena and Sarah Shahi who played Carmen) to agree in the April edition of DIVA Magazine that they would love to be part of an L Word movie or maybe a seventh series of the show. The way in which Showtime pioneered The L Word was the best example of a network taking gay culture in its stride, showing that more diverse casts of characters are supported by a majority of straight and queer viewers alike and it’s thankfully something that many other television networks have taken on too.

Admittedly, despite The L Word’s efforts, TV representation of queer women is still stuck in one place – femme. Almost every instance of recent presentation of queer ladies falls into the category, just look at Pretty Little Liars’ Emily Fields and the love interests she’s had over the course of 4 seasons; Emily herself may be a lesbian with a penchant for biker boots and hoodies but at the end of the day her formal attire of choice is still a dress and there’s absolutely nothing wrong with that! It’s even admirable that Paige McCullers (Emily’s current girlfriend) likes to wear tuxedos and tanks and probably wouldn’t be caught dead in anything sleeveless or above the knee (unless shorts or swimsuits count) but when almost all of TVs regular queer ladies, Brittany and Santana on Glee, Bo and Lauren on Lost Girl the ladies of the pirate-themed drama Black Sails just to name a few, all have hair that falls well below their shoulders and the only example of a queer, butch woman is Orange is the New Black’s Big Boo, questions have to be asked why the full spectrum of queer presentation isn’t at least a bit more supported because God knows the queer world would like to see a true reflection of itself on TV screens.

That being said, many of The L Word’s wrongs are being righted by the current generation of television shows, particularly in terms of queer women of colour. Papi and her magic circles were laughable, not for her hilarious quips but because her Hispanic background was treated in the most stereotypical of ways, so too was Carmen’s in the way in which the dynamics of her disapproving family worked. In one of the most egregious cases of how The L Word messed up, Alice feeling like the only white face amongst black soldier Tasha’s friend group was actually used as a plot point. However with Lost Girl, Glee, Orange is the New Black, Pretty Little Liars and so on, non-white queer identifying faces are faring better than they ever were before – even if the shows they’re on (I’m mostly talking about Glee here) don’t always get it right.

The fact of the matter is that the more queer characters on TV, the more support for the rights of queer people there is because people will have seen the struggles of queer people first hand – even if they are dramatised for a television storyline. So while The L Word may not have been the sturdiest pillar to build queer visibility on, it was one of the first and most important building blocks and for that many of us are eternally grateful. 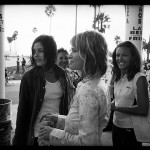 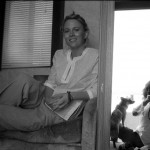 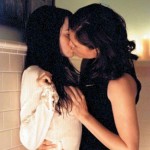 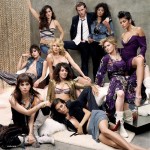