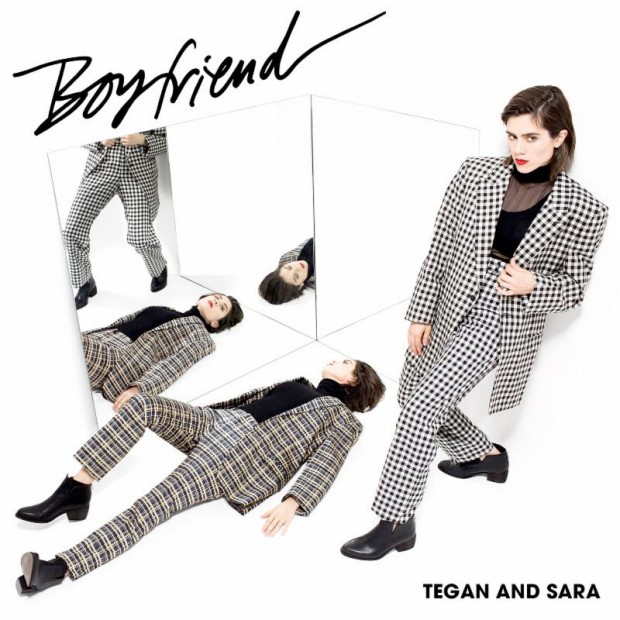 Hurrah, we’re finally getting to hear some of Tegan and Sara Quin’s new album, Love You to Death (out June 3), and their single Boyfriend (available April 8).

The duo have once again partnered up with producer Greg Kurstin (Adele, Kelly Clarkson) for their latest material.

Get a look at the titles of all 10 tracks appearing on Love You To Death below, and, if you’re in the Los Angeles, Toronto or New York areas, don’t forget to check out Tegan And Sara’s upcoming intimate shows in the cities.

According to a new study underserved bisexual students are more likely to binge drink. Researchers found that while binge drinking by their heterosexual and homosexual peers decreased as school support for LGBTQ students increased, bisexual students were left unaffected, suggesting that their needs aren’t being adequately addressed by policies and programs.

Out filmmaker Anna Margarita Albelo (Hooters, Who’s Afraid of Vagina Woolf?), documented her first trip to The Dinah in the 2006 film A Lez in Wonderland, and results are both hilarious and sexy.

Wanda Sykes is in a new TV series Dream Team. In an interview with the Windy City Times she explained.

We just wrapped the pilot last night. We will see and hopefully get good news about it. My lesbian character is married to a woman. I am an OBGYN and our daughter is on the soccer team.”

Salon says Hollywood super heroes should be shutting down Georgia’s anti-LGBT bill. (and we agree)

Veteran lesbian reporter Karen Ocamb, 66 says she was fired by prominent queer publication for being too old.

Martha Plimpton admits her Catholic character on TV’s ‘The Real O’Neals’ is a homophobe.

And finally Ellen Page’s Gaycation is set for second! And according to recent Instagram posts Page and Ian Daniel are already shooting new episodes of their Viceland series.