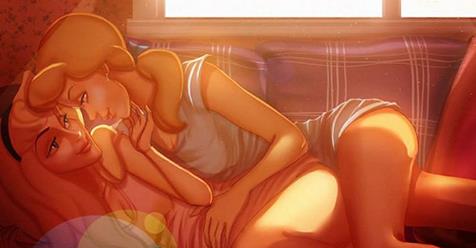 Ah the Disney Universe. In recent months, Elsa from Frozen has been the object of a social media campaign to give the ice princess a girlfriend.

The #GiveElsaAGirlfriend movement has gained enough momentum to get the approval of Idina Menzel, the voice of Elsa herself:

I think it’s great, Disney’s just gotta contend with that. I’ll let them figure that out.”

And Pixar might also have teased a same-sex couple in the upcoming Finding Dory.

All of them are delightful and will make for a perfect happily-ever-after.