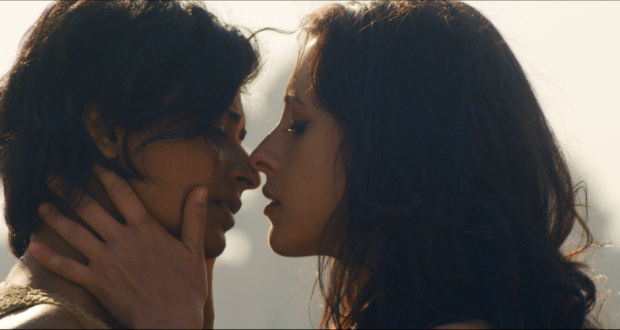 India’s Central Board of Film Certification has banned a lesbian film – claiming would ‘ignite unnatural passions’ in viewers who watched it.

Unfreedom is the story of a young woman who resists an arranged marriage to be with her girlfriend. The film contains nudity and lesbian sex scenes, which promoted the CBFC, to render much of its content too controversial for general audiences and therefore banned it from major release in India.

“The two stories are juxtaposed and the film challenges the idea of religious fundamentalism and questions its connection with homosexuality, which is a biting reality of India. They plainly told me that after watching the film, Hindu and Muslims will start fighting and will ignite unnatural passions. I was aghast as my film is not provocative.”

The film shifts between New York and New Delhi, one tale follows the Muslim terrorist who kidnaps the Muslim scholar in order to silence him, while the other charts the travails of a young woman whose devout father tries to force her into an arranged marriage, which she resists because she is secretly in love with another woman. The four characters come face to face with gruesome acts of violence in battles of identity, sexuality, religion, love, and family.

Kumar, who is based in Florida, told the Mumbai Mirror that the film was rejected by all three committees of the board — the Examining Committee, the Revising Committee, and even the Film Certification Appellate Tribunal. When a film fails to clear these three hurdles, it is considered banned, unless the filmmaker moves court.

He appealed to the Film Certification Appellate Tribunal, but was denied a certificate, so is trying to launch a crowd-funding campaign to finance a release in India via alternative methods.

The filmmaker appealed to the Film Certification Appellate Tribunal, but was denied a certificate.

“I’m making an appeal in the High Court now as the censor board cannot tell a filmmaker what to make and what not to.”

Homosexuality was criminalized in India in 2013 and incidents of rape have been escalating. In addition, for more than a decade, India has been mired in the politics of religious violence between Hindus and Muslims.

Unfreedom is a hard-hitting attempt to show the intertwined relationships of religion, violence, sexuality, and intolerance. The film will be released in around the world in May.