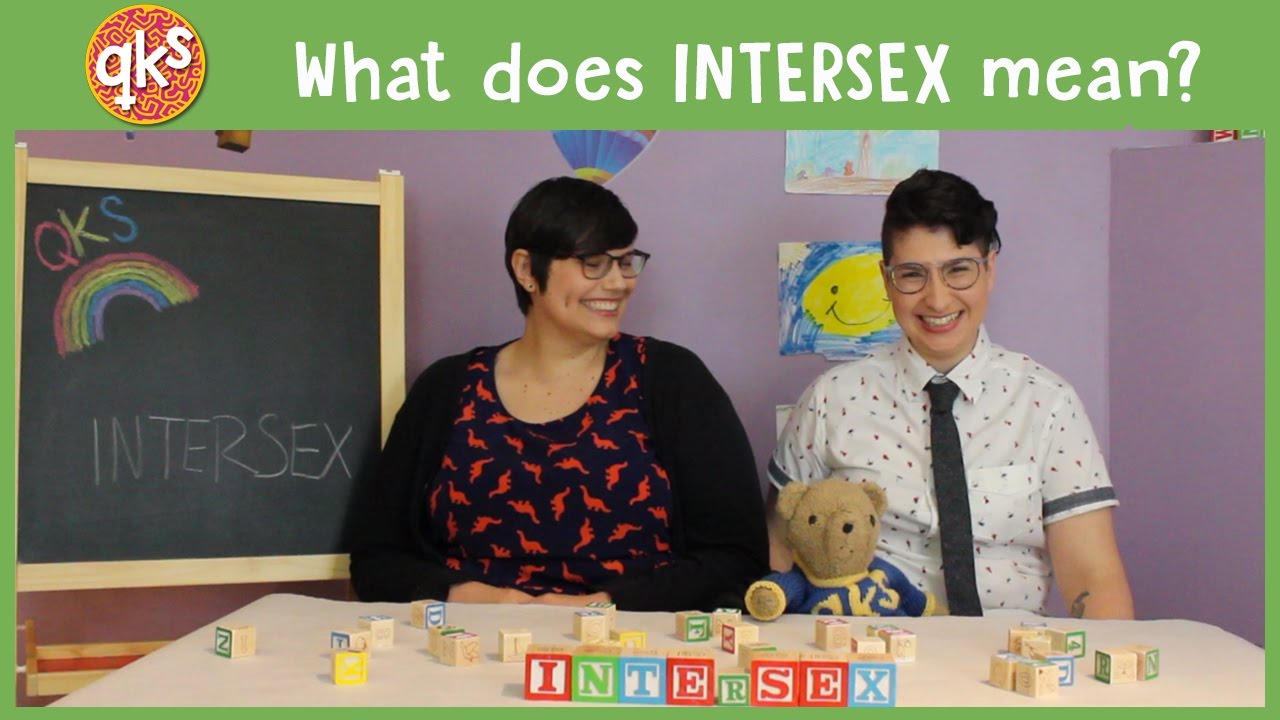 Gender isn’t always male or female, transgender or cisgender, or even genderqueer or agender. Unfortunately, Intersex people often get left out of the conversation, partly because people just don’t understand it. After all, even if a transgender person transitions, they were still born as “one or the other.” Right?

That’s a common misconception. And Lindsey, with her gender non-conforming Teddy Bear, are here to educate people about the truth.

On her show Queer Kid Stuff, Lindsey easily and queerly explains facets of LGBTQ life; while she technically makes the videos for children/young adults, her simple and easy-to-follow style is helpful for any age group. On a recent episode, “I is for Intersex,” she invites intersex activist and Everyone is Gay writer Claudia Astorino to break down what it means to be intersex.

Intersex people have bodies that aren’t easily defined as boy bodies or girl bodies. Some parts we expect most boys to have, some body parts we expect girls to have, and sometimes traits that most girls or boys don’t have, all in the same body.”

While the other letters of LGBTQIA are either genders or sexualities, being intersex is technically neither, and has no bearing on how people identify. Some intersex people identify as male, female, a/bigender, genderqueer, or anything, really, and can be of any sexuality.

Growing up as an intersex child can be traumatizing, because children are taught from a very young age that people are either boys or girls. It’s as if the world is full of only apples and bananas, and one day an orange shows up. It’s isolating, lonely, and confusing, and people assume intersex people don’t really exist.