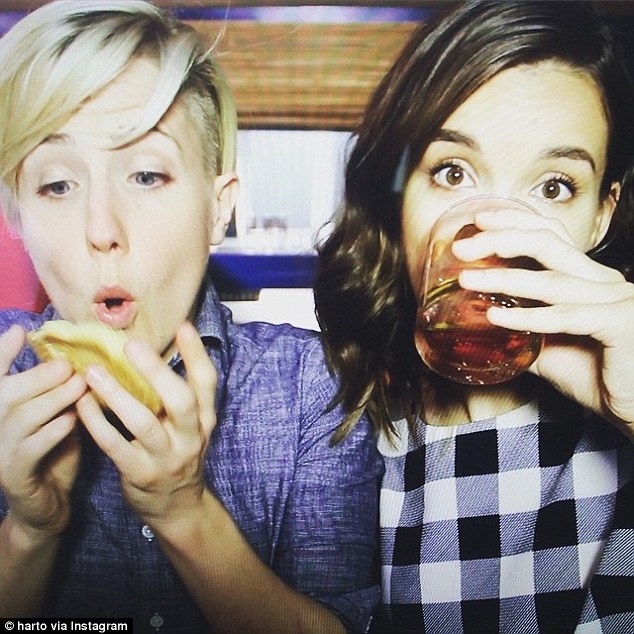 It’s official: YouTube sensation and Project Runway judge Ingrid Nilsen – who came out in an emotional video posted to her channel in June – is dating fellow internet star Hannah Hart.  Cue all the swoons and ohs and ahs. They are too cute!

Hart, 28, confirmed she is dating the 26-year-old beauty vlogger in the October issue of DIVA magazine.

I met someone who was a great fit for the real me…She’s also a YouTuber. We’ve actually been friends for a couple of years and then…circumstances kind of aligned. Her name is Ingrid and she is a big YouTuber. But she’s also one of the most brilliant, soulful people I’ve ever met. It’s so good.”

She added that being in the same industry as her girlfriend only makes their relationship better.

To have a peer who is also my partner, who does what I do and gets this world, this world that we live in, but also gets the world inside ourselves? “

While Hart has been open about her sexuality for years, Ingrid only came out this past summer.

In a powerful YouTube video that received more than 12 million views, the one-time Project Runway judge revealed she had been attracted to girls since age four but always dated men because she was scared of not being accepted by society because of her sexual preference.

She went on to say:

I want to live my life unapologetically because I am proud of who I am and I am not going to apologize for who I am anymore. This is the life that I have always lived in my head and now it’s real.”