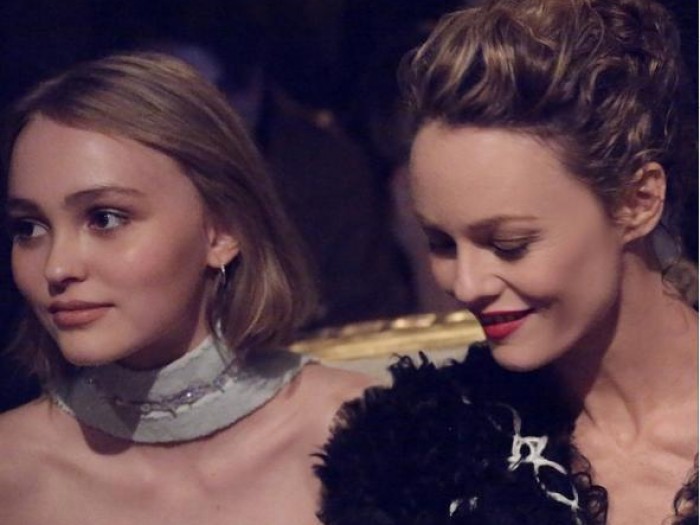 For a new LGBT charity campaign, Lily Rose Depp has come out and revealed her sexuality.

Following the recent trend of people identifying as not 100% heterosexual, the model and daughter of Johnny Depp has made a subtle statement about her sexuality – by taking part in a quirky new campaign aimed at promoting society’s inclusiveness and acceptance of LGBT people in America.

Photographer iO Tillet Wright – who is behind the ‘Self Evident’ campaign – shared a picture on social media with Miss Depp, praising her decision to come out in order to help spread the campaign’s ‘We Are You’ message.

I’m so proud of my baby girl @lilyrose_depp. She decided she wanted to be in @selfevidentproject because she falls somewhere on the vast spectrum, and I couldn’t be happier to welcome her to the family. She’s a tiny gem of a good human. #prouduncle #weareyou.”

I'm so proud of my baby girl @lilyrose_depp. She decided she wanted to be in @selfevidentproject because she falls somewhere on the vast spectrum, and I couldn't be happier to welcome her to the family. She's a tiny gem of a good human. #prouduncle #weareyou

The Self Evident Truths project is a “photographic document of 10000 people in the USA that identify as ANYTHING OTHER than 100% straight.”

A number of other celebrities have leant their voice to the campaign including Sia, Kylie Minogue and Transparent star Gaby Hoffman.

Earlier this year, Lily Rose’s stepmother Amber Heard – who also features in the campaign – said she has had to “fight” for movie roles since she came out as bisexual.