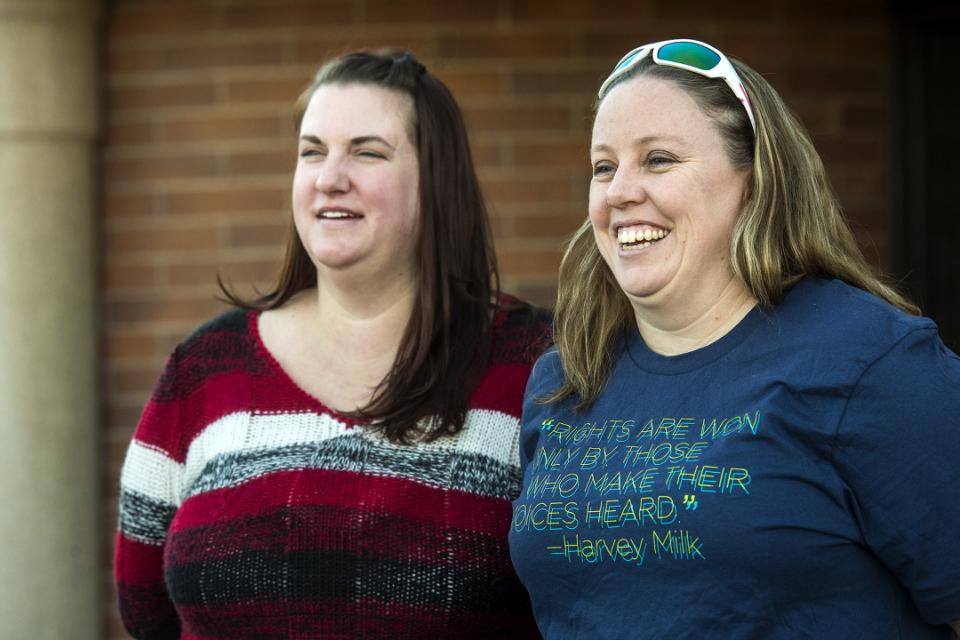 A Utah judge has reversed his order to take a foster child away from her foster parents because of their sexuality (even though the biological mother is happy for the couple to raise her child).

He did not provide any statistics to support this claim, however, and the American Psychological Association said this so-called research does not exist.

The couple and the UDCFS were convinced the judge based his decision on his religious beliefs and filed court challenges to rescind the order.

Johansen is a bishop in the Mormon church, CBS News reports, which likely explains his disapproval of homosexuality.

But according to UDCFS spokeswoman Ashley Sumner, Johansen issued a revised order taking back his original ruling.

Sumner is still concerned, however, Johansen could very well order the baby to be taken away again at an upcoming custody hearing.

This is because even though Johansen took out a line from his original order that read, “It is not in the best interest of children to be raised by same-sex couples,” the revised version reportedly still contains the following line:

The court cited a concern that research has shown that children are more emotionally and mentally stable when raised by a mother and father in the same home.

Sumner hopes Johansen will take the mass outrage he produced into consideration during an upcoming court appearance on December 4.

Utah Governor Gary Herbert said on Thursday Johansen’s personal opinions should not at all play a role in his job to uphold the law.

Peirce and Hoagland have been raising the child for three months and are pursuing adoption.