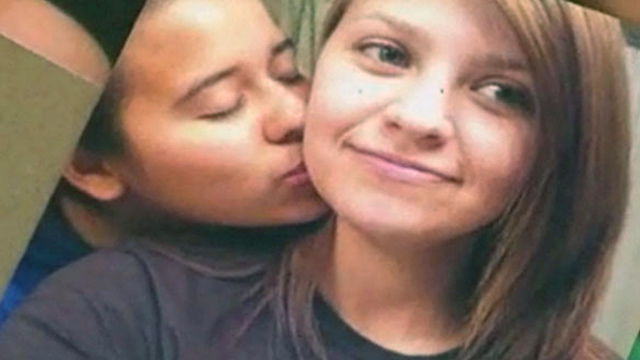 A jury in Texas has found David Strickland guilty in the execution-style shooting and sexual assault of a teenaged lesbian couple, four years ago.

Strickland was convicted of capital murder and aggravated sexual assault in an attack against Mollie Olgin – who sadly died at the scene – and her girlfriend Kristene Chapa, who survived.

He received an automatic life sentence since prosecutors did not seek the death penalty.

Chapa said she ‘wanted to just burst out into tears’ when the verdict was announced.

I was very shocked at first. I didn’t know what to expect exactly . I was hoping that they (the jury) would see all the evidence that we had and they would go our way. (It was) very emotional.”

Strickland was arrested in the Portland, Texas, in June 2014 – two years after the shootings.

Prosecutors told the jury that Strickland forced Olgin and Chapa down an incline in a park. He bound them and shot both in the head.

They were discovered the next morning. Olgin was pronounced dead at the scene, while Chapa’s injuries left her unable to sit or stand. She continues to undergo physical rehabilitation.

During the trial, Chapa stayed incredible strong, telling reporters she wasn’t bothered to be in the same courtroom as Strickland

He’s a coward. David Strickland put his head down and wouldn’t look at me, so what does that mean to you? Did you see him in the courtroom? He didn’t do anything.’

Chapa continues to undergo costly physical therapy to regain full use of her body. A medical fund has been established to help her cover her considerable medical costs.