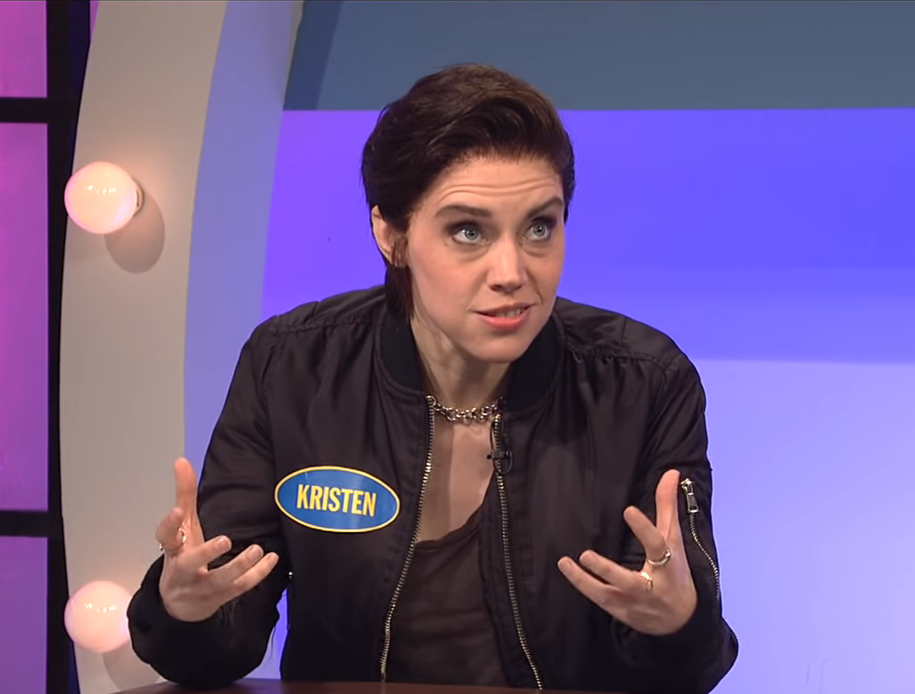 Last weekend on Saturday Night Live, the show pitted stars from 1977 against stars from 2017 in a time-traveling Family Feud.

Harry Styles cameo’d as Mick Jagger, and host Jimmy Fallon played both a younger, and an older, John Travolta.

However, Kate McKinnon really stole the show. Her impression of Kristen Stewart? Flawless.

Between her slight mumble, her “mind=blown” gesturing, and her awkward physicality, McKinnon totally nailed it.