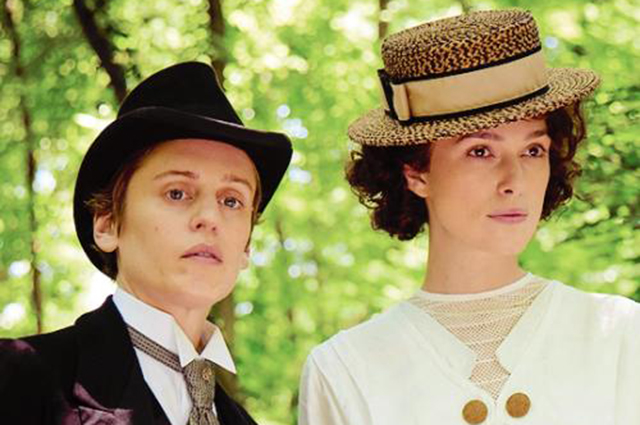 After winning the rights for Colette in January at Sundance, Bleecker Street has released the first look trailer.

Colette tells the real-life story of a woman whose creative genius was siphoned by a man who was given all the credit for her work — light and fun!

In the period piece, Keira Knightley plays the titular character who marries a successful Parisian writer who convinces her to ghostwrite for him. Colette pens a semi-autobiographical novel about a character named Claudine, and the novel skyrockets, becoming a cultural sensation.

The movie seems to focus on two major aspects of her life: her marriage and subsequent published novels, as well as her relationships with women.

In the trailer, we see the nominal character struggle with gender roles, creative control, and her own blossoming sexuality as she becomes “interested” in another man’s wife.

The sexual tension bubbles over in the three-minute trailer — and we can’t wait to see the whole movie.