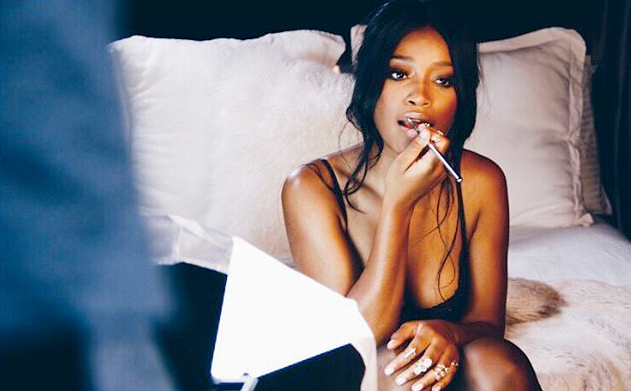 Back in October, former Nickelodeon star Keke Palmer released her video for I Don’t Belong to You, which contained a very bisexual storyline. The video also trigger questions about the stars sexuality.

In it, she leaves her boyfriend and ends up with a woman, who just so happens to be played by Cassie.

At the time, Palmer told Cosmopolitan;

I think the point of the whole video was to let people know that that my sexuality is up to me. That’s really the point — it’s female autonomy and her being who she wants to be in the world; there’s no labels attached, she’s just doing her!

She doesn’t have to explain it to anybody because at the end of the day, it’s her that decides what she wants to do, and who!”

In a recent interview with People Magazine, Palmer explained that she doesn’t feel as if she needs to be tied down to one label when it comes to her sexuality.

The video was to represent the young woman today – it’s not the traditional woman anymore – and not the specifics of ‘Am I gay? Am I straight? Am I bi?’. I’m making the rules for myself, and I don’t have to be stuck down to one label.

I don’t feel the need to define nothing to nobody, because I’m always changing. Why say that I’m this or that when I might not be tomorrow?”