Did You Know You Can Still Be Fired for BeingGay in 29 States in the USA? 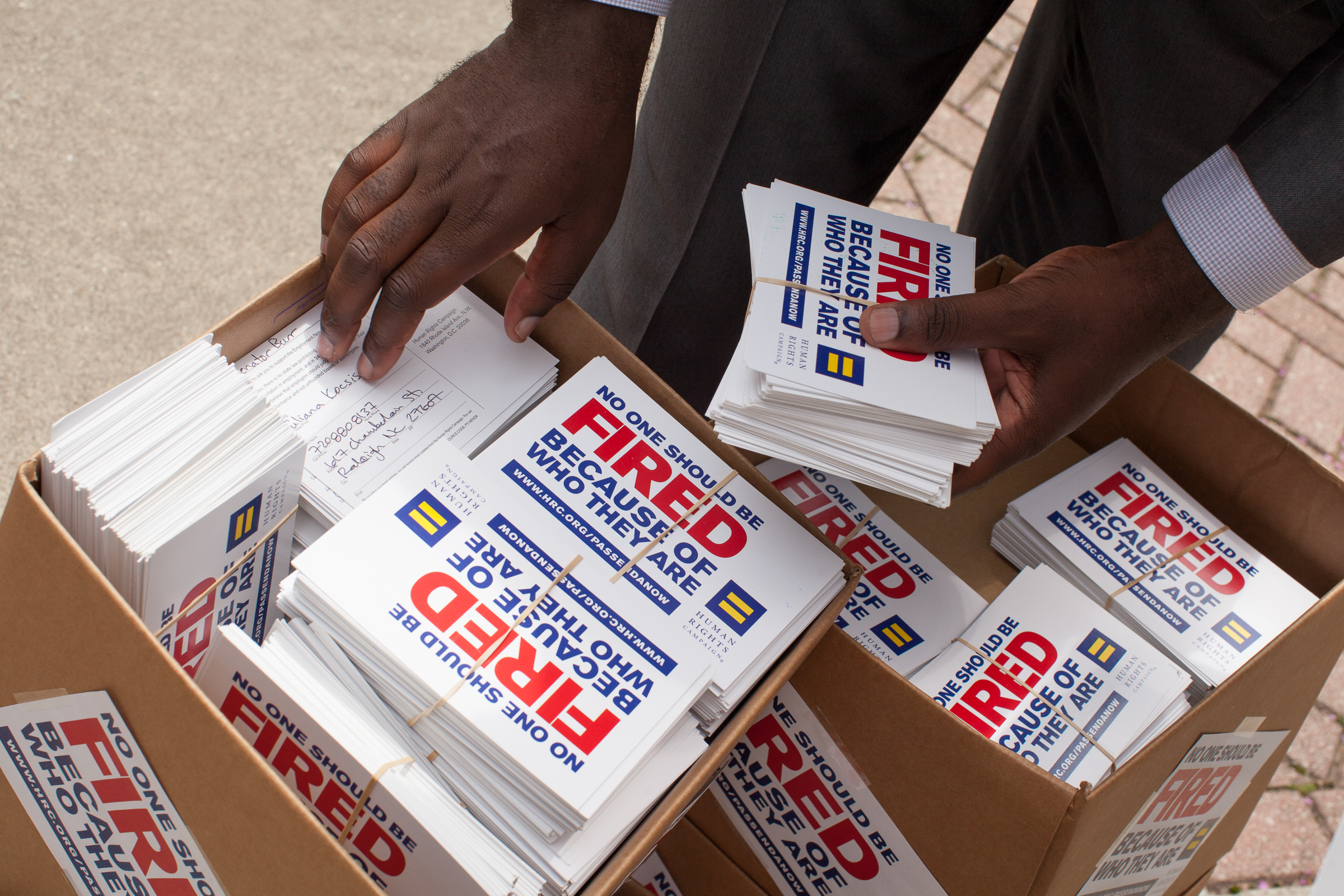 “Love is love”. It’s a common tagline used when it comes to the LGBTQ rights movement that aims to suggest that no matter who you are or who you love, that is ok and you should not be held back because of it. Excusing the fact that “love is love” is not trans* inclusive (trans* men and women can be heterosexual after all), it also fails to acknowledge other, deep-rooted problems that LGBTQ people face today.

Love is love is generally used as an argument for marriage equality, which, whilst being an important part of the LGBTQ movement, is not the be all and end all of it. Many people would argue that issues such as homeless LGBTQ youth or the health, safety and general wellbeing of LGBTQ people is a much more pressing concern.

But the people arguing that marriage equality should play second fiddle to other problems that LGBTQ people face will have a massive struggle on their hands moving forward. Looking at the United States’ politics; while some states bring marriage equality bills into law, a good many do not have any protections for LGBTQ employees in the workplace.

And, by a good many I mean ‘most of them’. There are 50 states in the United States of America and a whopping 29 of them have lacking anti-discrimination laws that allow LGBTQ to be fired solely based on their sexual orientation or gender identity.

Including Louisiana, Mississippi, Tennessee and all the other usual suspects, even New York is listed as a state that fails in protecting its workers as it doesn’t protect against gender identity discrimination. And, somewhat ironically, Utah, Oklahoma, Virginia and Indiana are all places that have made marriage equality legal this year but being gay in these states can get you fired.

As if this didn’t add fuel to the argument that marriage equality should not be billed as the most important part of the LGBTQ rights movement, a recent poll by The Huffington Post and YouGov suggested that a massive 69% of Americans think that firing someone for being gay is illegal, despite that clearly not being the case.

So who is doing something about it? It has actually been a talking point for over a decade. Since 1994, Congress has been pushing a bill called ENDA (Employment Non-Discrimination Act) that aims to make discrimination in the workplace illegal across the country, but although it has been put on the table many times, it has never succeeded. This is due in part to opposition to LGBTQ rights and because the bill has been amended to add in protections based on gender identity and not just for sexual orientation.

There continues to be hope for the bill but as of yesterday, ENDA seems even more unlikely to get through than before. Many Democratic politicians have spoken in favour of ENDA while many Republicans have spoken against it. Republicans now control the House and the Senate making ENDA’s passing before the next presidential election (in 2016) some sort of miracle.

Nonetheless we’ll cross our fingers and keep you posted.

1 thought on “Did You Know You Can Still Be Fired for BeingGay in 29 States in the USA?”