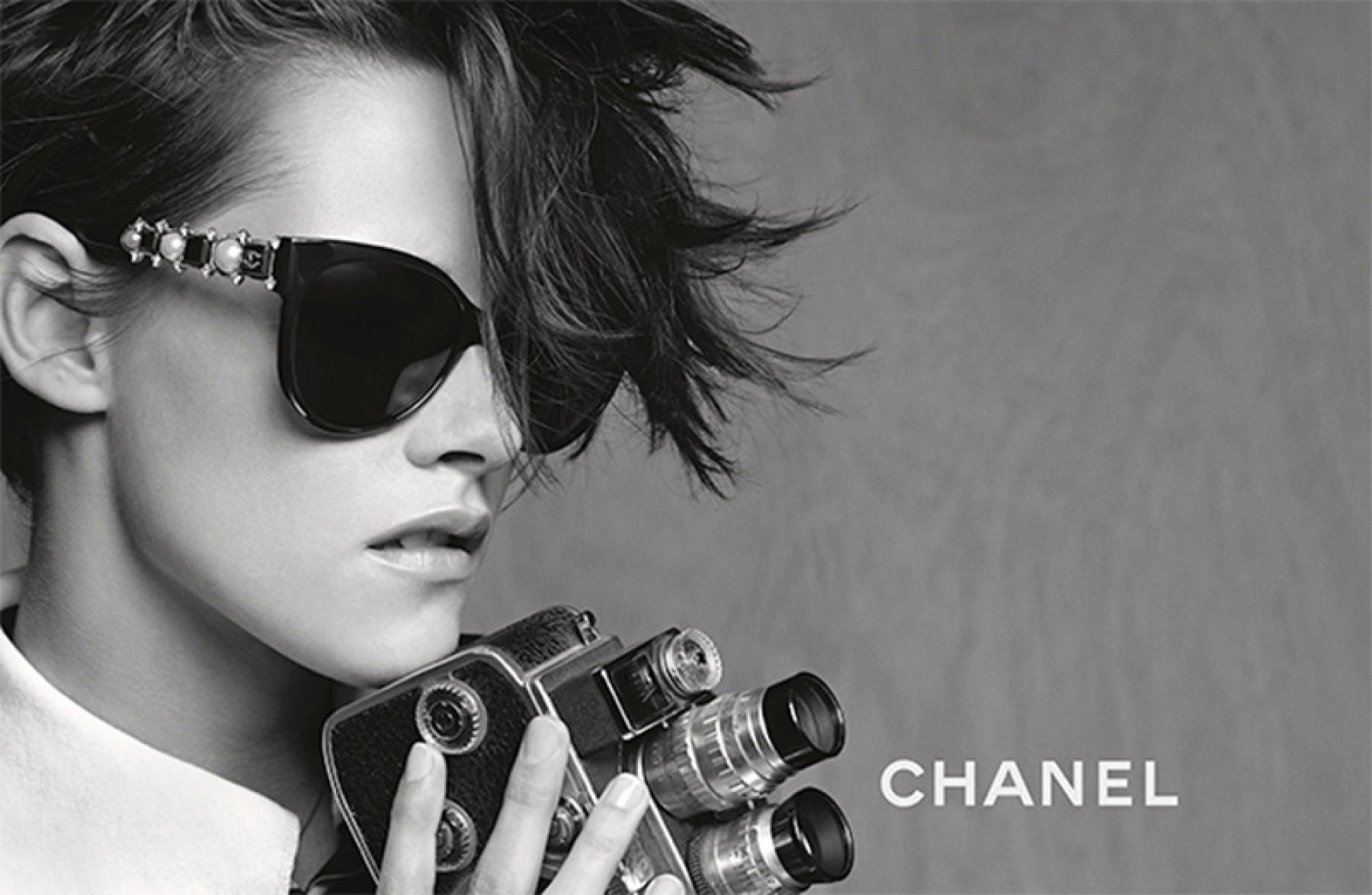 The now androgynous beauty, Kristen Stewart, has spent plenty of time in front of the camera as the female lead, but for her latest campaign for Chanel, she stepped behind the lens.

The 24-year-old Twilight Saga star has been signed up to model Chanel’s sunglasses and opticals range for spring/summer 2015, but for the shoot Stewart had a bit of a role reversal, facing off against Karl Lagerfeld with a camera.

In a statement, the French fashion house said the black and white images show the actress becoming ‘a charming photo-reporter, her gaze framed by the new optical eyewear and sunglasses’.

What we see, is that she can work a variety of frame shapes, from aviator to square frames.

On Chanel’s website, you’ll find more photos, and you can watch Kristen work all of the styles in a behind-the-scenes video.