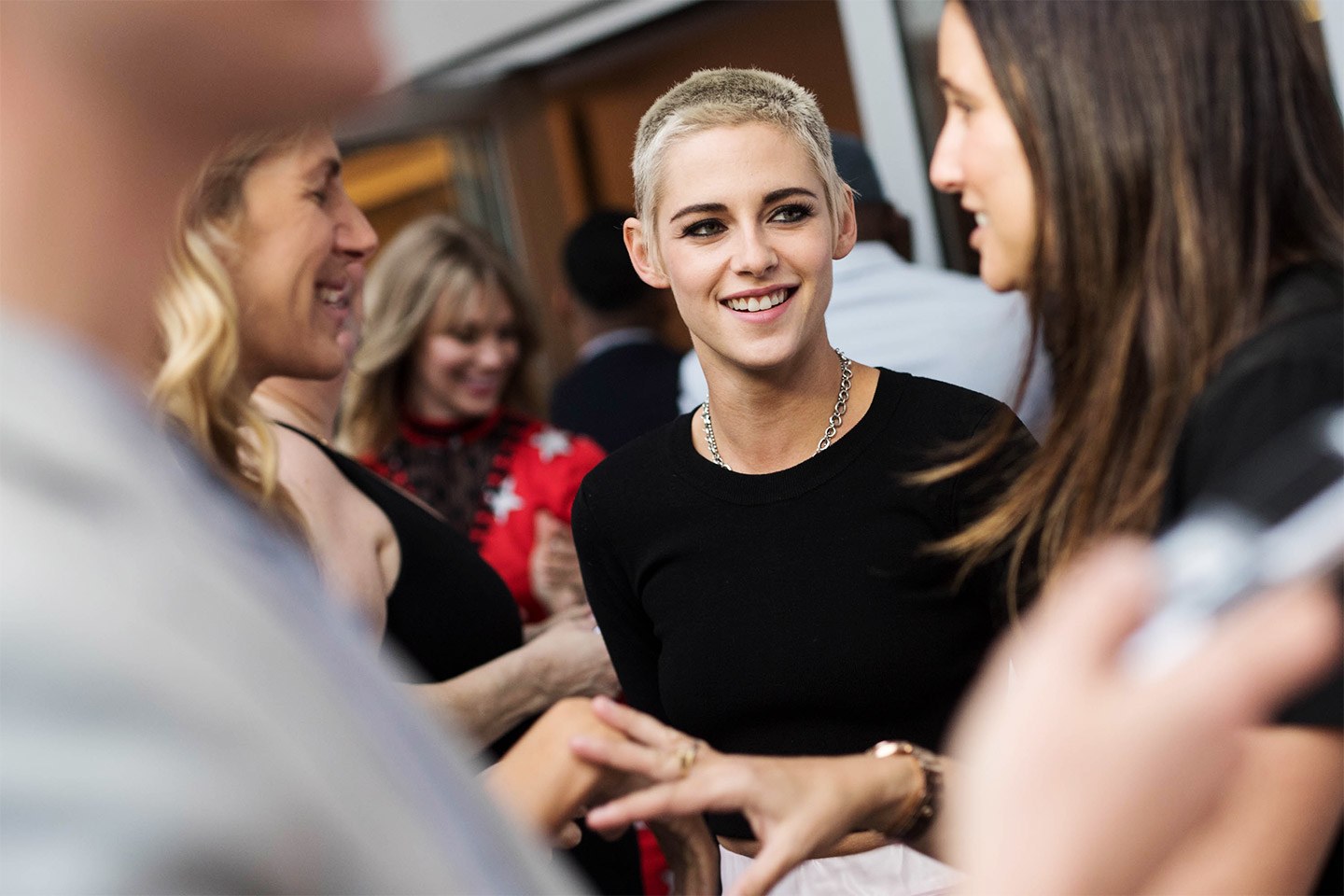 Back in 2015 Kristen Stewart told the world she was “not hiding” her relationship with then-girlfriend Alicia Cargile.

Since then she has been very open about the women she’s been dating.

Now in a new interview Harper’s Bazaar U.K, the actress – who is now currently in a relationship with model Stella Maxwell –  opens up about her experiences dating in the public eye, her increasing openness about her sexuality and her evolving views on fame.

When asked if she’d ever date men again, Stewart appeared completely open to the possibility.

Yeah, totally. Definitely… Some people aren’t like that. Some people know that they like grilled cheese and they’ll eat it every day for the rest of their lives. I want to try everything. If I have grilled cheese once I’m like, ‘That was cool, what’s next?’”

Kristen Stewart was photographed inside Coco Chanel's iconic Rue Cambon apartment in Paris for our September issue – out 4 August. Read an exclusive preview of the interview via the link in bio (📷 Kristen wears @chanelofficial, photographed by @tomcraig) #SeptemberIssue #KristenStewart #Bazaar150

Stewart also shared that, regardless of the gender of the person she’s dated, she has been “deeply in love” with everyone she has ever been with.

Did you think I was faking it? I’ve always really embraced a duality. And really, truly, believed in it and never felt confused or struggling. I just didn’t like getting made fun of.”

The actress explained previously that coming out had made her happier.

When I was dating a guy I was hiding everything that I did because everything personal felt like it was immediately trivialised, so I didn’t like it.

We were turned into these characters and placed into this ridiculous comic book, and I was like, ‘That’s mine. You’re making my relationship something that it’s not.’ I didn’t like that.

But then it changed when I started dating a girl. I was like, ‘Actually, to hide this provides the implication that I’m not down with it or I’m ashamed of it’, so I had to alter how I approached being in public. It opened my life up and I’m so much happier.”