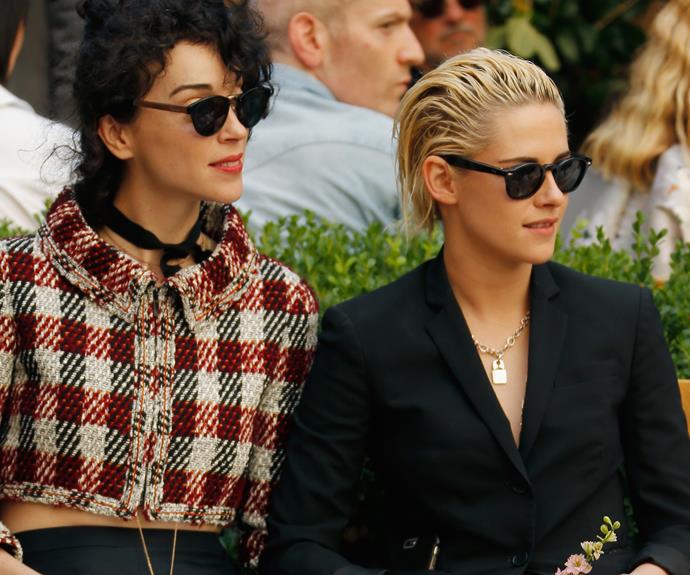 Kristen Stewart and St Vincent stepped out together this week, make their red carpet debut.

The pair arrived together at the Vogue party in LA on Wednesday night, going public with their romance for the first time.

Vincent and Stewart are rumoured to have been dating for the last few weeks and have been spotted out and about together on a number of occasions.

But the Hollywood fashion event marked the first time that they had attended a public event together, putting the rumours to rest.

St. Vincent split from her model ex Cara Delevingne this past summer after a year of dating. The singer was first spotted with Stewart in early October when they attended the New York Film Festival together.

Stewart previously dated producer Alicia Cargile. She talked with ET earlier this week about being more open about her personal life recently.

I think it takes a minute to sort of acclimate to communicating with so many people at one time, with like, ‘the masses,’ you know. I think it’s only beneficial, like… for me to have so many pathways open — it ends up kind of not allowing people to misconstrue you.”