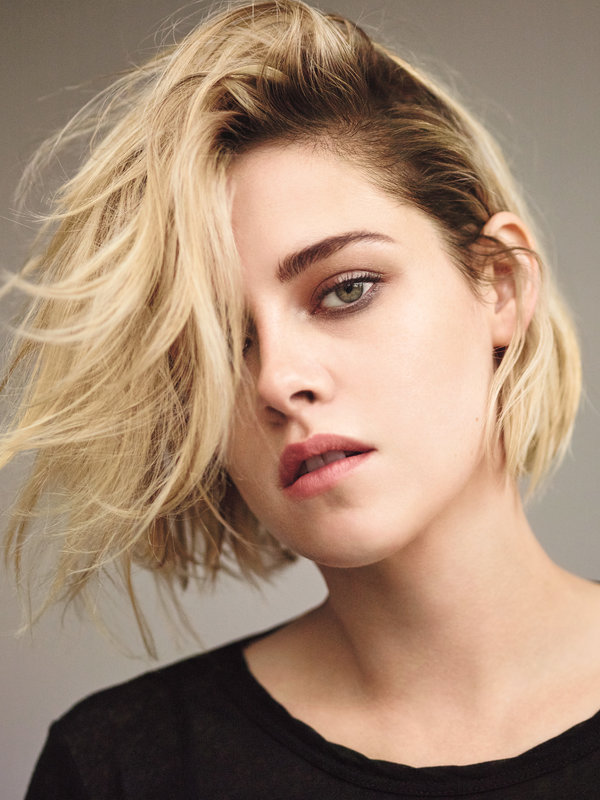 Kristen Stewart covers the Fall Women’s Fashion issue of T Magazine this month, and is again taking openly about her personal life and sexuality now that she is in a same-sex relationship.

According to the article, Stewart has been dating a visual-effects producer named Alicia Cargile for the past three years, and appears to be very smitten with her.

I would never talk about any of my relationships before, but once I started dating girls it seemed like there was an opportunity to represent something really positive. I still want to protect my personal life, but I don’t want to seem like I’m protecting the idea, so that does sort of feel like I owe something to people.”

People wanted me and Rob to be together so badly that our relationship was made into a product. It wasn’t real life anymore. And that was gross to me. It’s not that I want to hide who I am or hide anything I’m doing in my life. It’s that I don’t want to become a part of a story for entertainment value.”

Stewart understands that as an actress in high-profile films, audiences will be interested in her love life. But she’s careful to only show them so much.

Last month, the 26-year-old actress told Elle UK she is “much happier” after opening up about dating women. She added that while she was never hiding anything about her sexuality, she feels a need to speak out.

It changed when I started dating a girl. I was like, ‘Actually, to hide this provides the implication that I’m not down with it or I’m ashamed of it, so I had to alter how I approached being in public. It opened my life up and I’m so much happier.’”