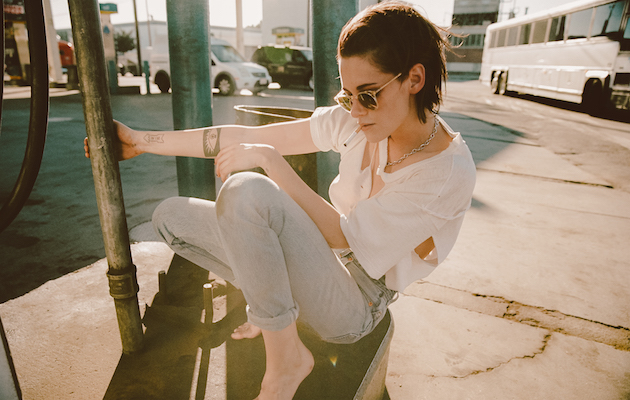 In a recent interview, Kristen Stewart talks about how she was previously warned to hide her sexuality to further her career, being told: “If you just, like, do yourself a favour and don’t go out holding your girlfriend’s hand in public, you might get a Marvel movie.”

In a new interview with Style, Stewart revealed why she chose to go public, despite the potential impact on her career.

I’ve felt a responsibility to not be this fake thing who’s only putting out what people want to hear, but at the same time not wanting to leak details about my private life. I was in the situation where hiding the fact that you’re with a girl is different from hiding your being with a particular guy, and that’s why I decided to say it openly.

But today’s generation doesn’t attach that much importance to gender roles. We don’t believe in those big distinctions and reducing everything to one kind of identity vs another. There’s so much more going on in the inside and a lot of young people today assume that naturally.

It’s usually a losing battle to get involved with that. All you’re doing is adding to the bull … even when you’re trying to be honest and doing your best to address a situation. And when you’re dealing with something like a break-up, usually you’re only going to make things worse and keep the story going. Just like I’ve never planned out my career in a specific way, I don’t try to control the perception of me or make people think a certain way about me … I don’t know how people do that.

Despite her recent blockbuster appearances Stewart supports indie projects with as much passion, and as a director she’s on the lookout for untold stories about sexual minorities.

As time goes by, I realise that there are many outstanding stories to be told. I’m always looking for stories and often when I watch a period film, I wonder where the gay characters are because gay people have always existed. But those stories were being very narrowly told and it’s only been lately that we’ve started to tell those stories.

During my own journey of self-discovery, I’ve been able to play gender-fluid characters and I’m happy to be able to defend and tell those stories as a director. I don’t see a big difference between being an actor and a director – the two activities overlap and complement each other.

She’s currently planning on directing a feature film, The Chronology of Water, based on the autobiography by the American bisexual swimmer Lidia Yuknavitch.