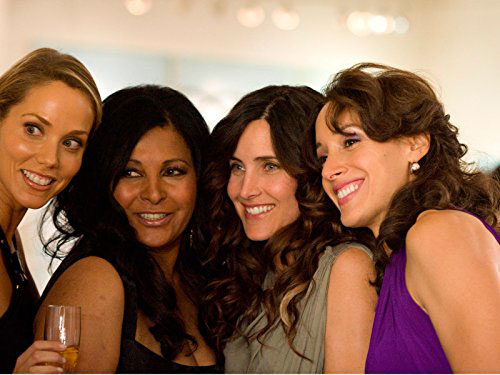 Early this year, Showtime surprised us with news that The L Word was back for a new season.

Now, the shows creator Ilene Chaiken says the sequel to Showtime’s lesbian drama will be more inclusive than the original.

Speaking to TV Guide, Chaiken discussed what fans can expect in the new show.

It’s 10 years hence since we stopped doing The L Word, so the world will be different in all the ways that the world is different now. We’ve made progress, we’ve backslid in some ways, we’ve gotten older, some of us, and there are new young women whose stories we’re going to tell. But I will say that The L Word in 2018 will be more reflective, more inclusive than the original show we did.”

While Jennifer Beals, Kate Moenning and Leisha Hailey are expected to reprise their characters in the new show, Erin Daniels, who played Dana Fairbanks, has yet to announce whether she’ll appear in the reboot.

Chaiken said that she’s hoping Daniels will join the cast.

I hope we’ll be seeing Erin Daniels on the show. I love Erin Daniels, and maybe there’s some way – who knows. I’ve never let go of Dana and neither has the audience – maybe we will [see her].”