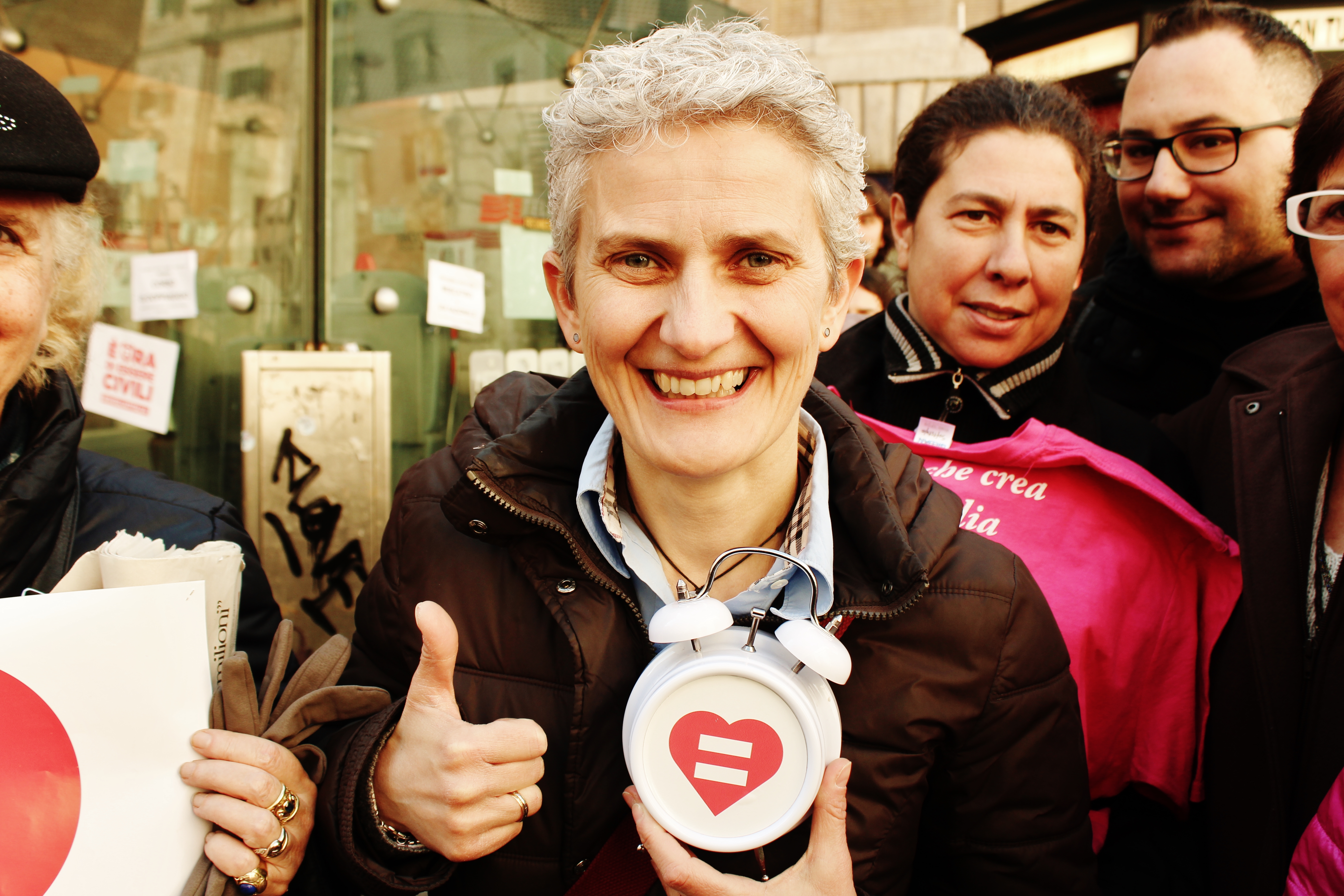 A juvenile court in Rome has awarded an Italian lesbian couple the right to adopt each other’s children in a landmark case.

The court said Marilena Grassadonia, president of the Rainbow Families association, could adopt her wife’s twin boys; her partner was also allowed to adopt Grassadonia’s son.

The ruling marks a legal first for Italy, where strong opposition to same-sex marriage and same-sex adoption from the Catholic Church has slowed legislation on LGBT rights.

Talking to The Guardian, Grassadonia said

On a personal level, it’s a huge satisfaction, but I cannot be fully happy when I think that our families depend on individual decisions.”

The Guardian noted that all previous verdicts in favour of lesbian women being recognized as parents of their partner’s children by Italian law are currently at the appeal stages.

Grassadonia has long been a fierce critic of Italy’s laws on gay rights.

In February, Italy passed a civil unions bill that gave legal recognition to same-sex couples for the first time in the country’s history.

However, LGBT activists, including Grassadonia, noted the bill had been significantly watered down before it was passed.

In particular, a provision that would have granted non-biological parents in same-sex relationships parental rights was removed from the legislation before it could be voted in.

Instead, cases involving same-sex parents and adoption would be decided on a case-by-case basis.