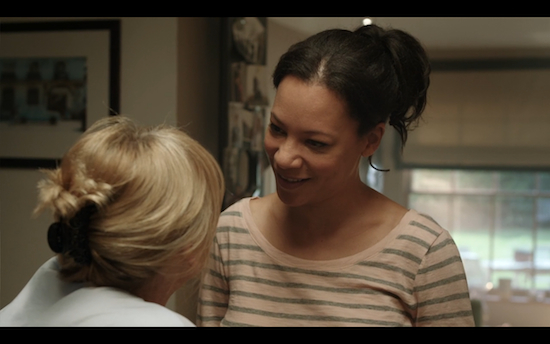 One of the most common tropes when it comes to television is ‘Dead Lesbian Syndrome’. Dead Lesbian Syndrome is what happens a show decides to kill off one of its lesbian characters – the running joke in the queer female community is that if there’s a lesbian in a show, you can almost guarantee that she’ll be offed by the end of the season.

That’s why it was so sad when BBC drama Last Tango In Halifax was yet another show that decided to kill off a lesbian. Kate was killed in a road accident, not long after her and her wife had gotten married and at the time, the show’s writer Sally Wainwright said that it was a ‘myth’ that lesbians always get killed off and that “people get killed off all the time”. Wainwright also explained that it was a “narrative” decision, which caused further backlash from the show’s fans as they didn’t feel like Kate’s death added anything to the plot.

However, speaking at the Hay Festival in Wales, Wainwright seemed to do a 180 on her previous comments, clarifying that she actually regrets killing off the character.

The Last Tango In Halifax writer told DIVA Magazine that

I was very sad to do [kill off Kate]. I wrote another ending but it didn’t work. At the time, I thought it was the right choice, but I do actually regret it now.”

Wainwright also spoke of the difficulty she had in getting Last Tango In Halifax on TV screens. At first, both the BBC and ITV turned down the show based on the pilot episode and it wasn’t until the BBC realised that the show could appeal to those over the age of 50 that they agreed to take it on.

The older audience of the show is something that Sarah Lancashire, who plays Caroline in the show, also spoke about, saying that their portrayal of lesbian characters has helped women come out:

I’ve never had a response quite like it to be honest. I still get letters now from people in this country and in America who are women who have come out later on in life and have very complicated and tragic stories in a sense. I didn’t realise when I started to play Caroline that she would have this extraordinary impact. It is a strange thing. There are very few pieces I’ve done in my working life that I could say I’m proud of, but Caroline is certainly the one I’m most proud of. Sally… did absolutely brilliantly to demonstrate same-sex relationships between women by normalising it, without sensationalising it or making it titilating. For me, it was the first time I’d ever seen that done on British television.”

The fourth season of the show is expected to air later this year, so look out for more Last Tango In Halifax then.