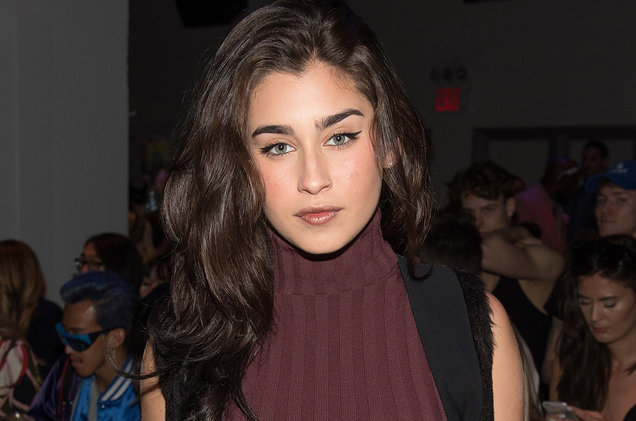 With the heat of post-election blues, the youth all over the world is trying to speak up and make an impact – assuring any person who is part of the minority that everything will be alright, so long as we stick together.

Just this weekend, Fifth Harmony singer Lauren made her mark.

The 20-year-old came out as bisexual in a very powerful open letter to the supporters of the president elect, and we couldn’t be more proud.

I am a bisexual Cuban-American woman and I am so proud of it. I am proud to be part of a community that only projects love and education and the support of one another.”

This is right after an intimate picture of the star kissing another girl – who’s thought to be Lucy Vives – made rounds on the internet.

Although, addressing the issue, Lauren states in a tweet, “nopee(: I wrote it this morning when I saw who appointed as attorney general..before rehearsals” – in reference to when the letter was penned.

The picture is said to be taken on a wedding just Friday. Not long after, the hashtag LongLoveLauren trended worldwide on twitter as a sign of support from fans.

No further statements were given by either side, and it isn’t clear whether there was anything romantic behind said kiss.

The singer’s message paved way for discussions about the current state of our society and the implications, effects, and consequences of what just occurred not only to the United States, but the world in its entirety.

It also encouraged a lot more people to stand up for themselves and fight for what they believe in.

If I could tell every Trump supporter two things, it would be to travel and read a history book. Look beyond yourselves, look at how petty the morals you uphold seem when you realize we are not the only ones. Realize that your white skin is the result of immigration from Europe, that the only true “Americans” are Native Americans, who are indigenous people that inhabited this land before these conquerors from other countries (England, France, Italy, Spain) wiped them out almost entirely. None of us belong here but all of us deserve the right to feel safe and live our lives in peace.

To not have to worry about potentially dying, or being electro-shocked, or beaten, or raped, or emotionally abused because our existence and/or choices for ourselves upset someone else. This is the world Trump is fostering. This is the division that has risen since the beginning of the campaign. We are not America indivisible any longer, we are united on two separate sides; Love and Hatred. We are not “whining” about our presidential choice losing, we are screaming battle cries against those whose political and personal agendas threaten our lives and sanity. We are making sure you hear us, no matter how much it bothers you, we EXIST.”