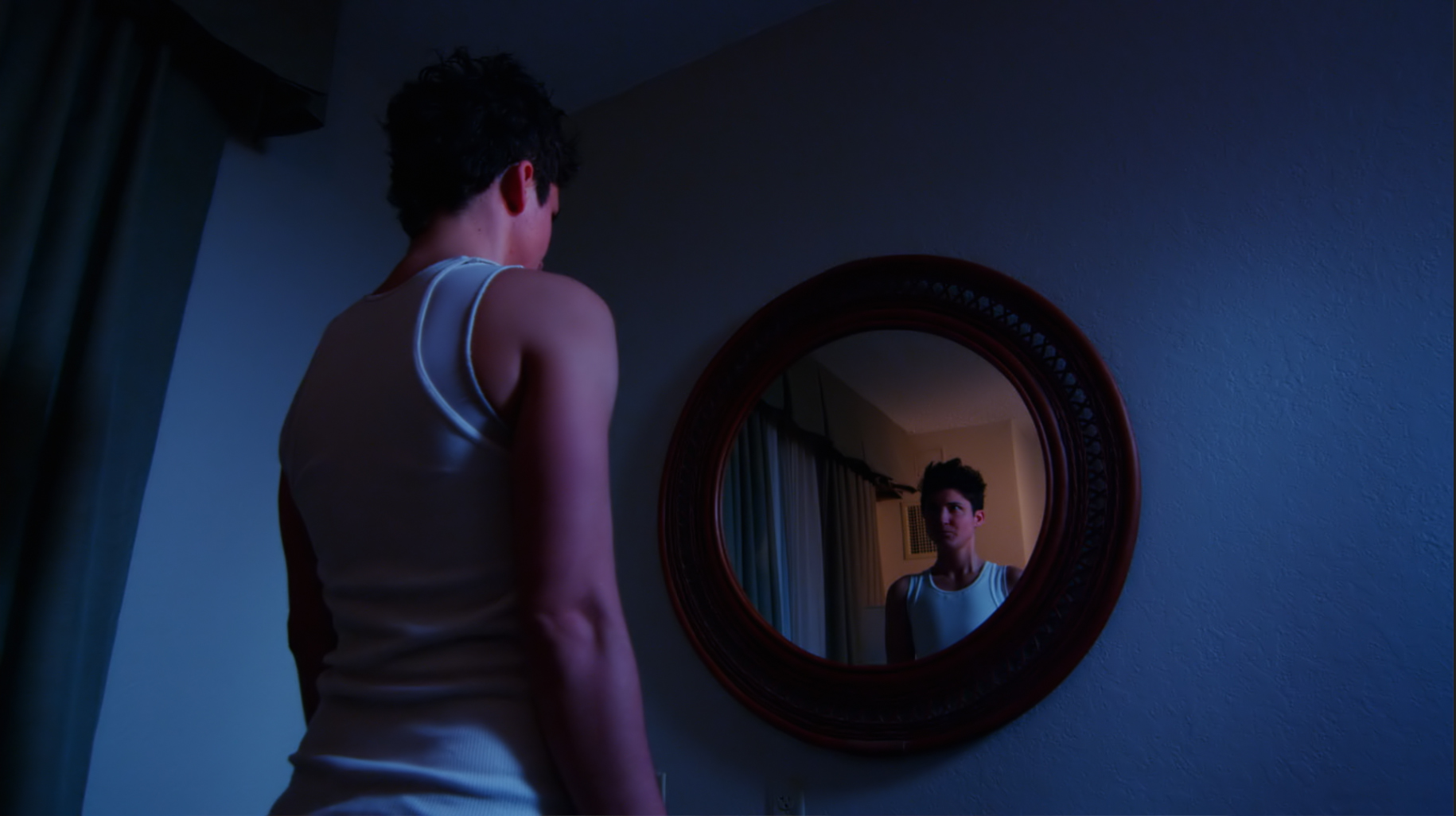 Existing is a sum of many things: of being recognized, represented, talked about but also in an affirming way and not simply being referred at in psychiatric textbooks. Existing means being part of a language and incorporated into its habits, having your specific needs identified and catered to, your problems and demands heard and the differences that make you into the unique individual that you are accepted and validated. Existing is not just about living and breathing and going to work.

If you have faced several forms of sexism, racism, ableism, homo-bi-ace/phobia, transphobia or intersex-phobia before, you may already have the experience of what it is like to be a living human being but to have your identity denied, erased, concealed, abused or stripped of its individual existence.

In activism there is no point in making competitions out of people’s suffering and oppression. Someone will always have it better than you, and someone will always have it worse than you because of endless mingling webs of intersecting paths and reasons. That doesn’t mean that we can’t – or that we’re not supposed to – focus on the specific characteristics that distinguish the different forms of oppression each complex identity is facing.

When it comes to people whose gender does not fall strictly into the man-woman binary system that society is imposing on us, one of the main forms of oppression they are faced with, is the denying of their existence. Worst of all (as happens with other LGBTQ+ identities as well), the erasure non-binary people might have to deal with, doesn’t only come from outside the queer community, but also stems vastly from within it.

Non-binary experiences are still being stubbornly ignored even within the LGBTQ+ community, not only from non-straight, but also from binary trans people, resulting to a harmful lack of safe spaces for non-binary individuals.

Society insists on being disrespectful towards non-binary people, starting from the distant, seemingly theoretical debates on grammar and on whether we should accept people’s pronouns, to the insistence on segregating everything by gender, sports, restrooms, hair salons, and practically almost everything else we deal with, participate into or are part of in our everyday lives.

This can only be extremely harmful for both the physical and mental health of non-binary individuals, who rarely ever have their voices properly heard and their needs taken into consideration.

Lauren Lubin is the creator and executive producer of the upcoming documentary We Exist, which explores the lives of people who experience their gender in a way different than those who identify as either men or women. The production of this documentary started four years ago and it is one of the biggest initiatives worldwide that have to do with the specific experiences of non-binary people, narrated by them as they interact with all aspects of flawed, binary societies.

The documentary is an intimate work that reaches up to the most personal issues that a gender-non-conforming trans person might face and can function as a crucial point of reference, relation and inclusion for non-binary people from all over the world.

Lauren Lubin says, in their After Ellen interview with Kim Hoffman, concerning their hopes about the release of We Exist:

I have always seen this film as the first step toward tackling and changing the many oppressing social issues people like myself face. And already, I’ve seen how We Exist has begun to make such changes, particularly among my followers in the We Exist community. My hope for this undertaking has always been to create a film that people like myself can share with their loved ones and say, “Hey, this is me. This is how I feel. I’m not the only one.”

And indeed, We Exist has already grown into a worldwide movement, a phenomenon with visible positive effects when it comes to the representation that non-binary people are deprived of. The platform already extends to 67 different countries and it represents experiences of individuals from around the globe, crossing boundaries set by age, race and culture and offering a multi-dimensional picture of non-binary experience.  People are finally seeing themselves reflected on a project, amongst thousands of other projects that insisted on focusing specifically on either men or women:

I discovered Lauren earlier this week and it’s an incredibly important discovery for me because I now know that I exist. I am gender neutral and hopefully I am at just the beginning… to finally live as me.” –S.

I am so happy to see this that this brought tears to my eyes… After 26 years I am happy ro finally have a place in this world. I am happy that gender identity is becoming more talked about and educated on… I want to thank everyone involved for the work you are doing. This will save lives and encourage people. THANK YOU!!!” –E. (from the We Exist Media Kit found on the We Exist Official Website).

it is absolutely within society’s reach, to expand upon the current gender binary system. It’s clear now, and the science backs it up: Gender—like sexuality—does exist on a spectrum. There are pockets of change already occurring all over the world: from Nepal recognizing a third gender, to individual establishments and schools implementing gender neutral bathrooms, to Facebook enabling their users to define their gender on their own terms. But in order to institutionalize and integrate a broader gender system across all of society—academia, medicine, legislation, government identification, and so forth—it’s imperative for change and accountability to occur at the top. Until then, it’s up to us individuals to educate, advocate and lobby against the status quo until that happens.”

They also refer to the discrimination and the erasure a non-binary person has to deal with in most parts of their everyday life:

My current reality as a non-binary person living in a binary world is that once I leave my home, there are very few public spaces where I can fully exist. What’s more, legally I do not fully exist as my true self, which not only dehumanizes my person but also make my life extremely difficult and unsafe. The ideal, perfect day for me would be just like anyone else’s: to step out into the world without question or fear, knowing that I do and can exist as I am, wherever I am, and to be recognized, respected and protected exactly as I am.”

Non-binary identities are often shut down as “Tumblr SJW made-up identities”, downright refusing to respect people’s existence as well as their rightful, valid experiences. In all honesty, no one should demand proof for the way a person experiences their gender and sexuality, given that people’s identities don’t harm other people or their respectful identities in any way.

However, even science backs up the idea that sexuality and gender fall onto a spectrum. One recent research led by the Medical University of Vienna and presented in Huffington Post last year, shows that the human brain holds a wide range of gender differences varying from person to person, independently by their biological sex characteristics. In a society where trans experiences are more often than not pathologized, and their identities objectified, sexualized and heavily misrepresented.

According to the We Exist Media Kit, the documentary circles around Lauren’s life, showing  everyday reality for a person identifying as gender neutral and leaving a positive, empowering note. The trailer looks amazing, both sentimentally and aesthetically, and gives us glimpses of Lauren’s childhood, athletic dedication and transition, promising us a multi-dimensional depiction that can raise awareness about people whose gender doesn’t fall within the binary. Lauren Lubin is actually a multi-talented person, having earned a full scholarship for basketball at the University of Colorado, today spreading awareness about gender issues through their documentary. They have published two books: The Rainforest Awakenings and The Thoughtless Revolution.

Their voice has been heard on ABC Good Morning, Curve Magazine, Out Magazine, TIME, The Huffington Post, on the Everyone Is Gay Tumblr Blog with Kristin Russo (co-founder of The Parents Project, a digital resource for parents of LGBTQ+ children) where they explained what the gender binary means and how gender is a spectrum and spoke about their journey of discovery. They have given an interview with Rebecca Ruiz on Mashable, where they addressed the issue of assuming people’s gender in everyday life without giving much thought into it. Lauren Lubin have also given speeches at several schools, universities and youth organizations such as the Columbia University, the Trinity College, the University of Colorado, Lurie’s Children Hospital Safe Space Day, SpeakingOUT Organization, and many more.

The documentary is directed and edited by Andrew Seger, a Brooklyn-based editor and producer who has worked together with Starbucks, VOGUE and other projects.

There might be a rise in the conversation about LGBTQ+ issues, but equality has not been achieved, especially for the least represented, understood and discussed identities. This is why initiatives such as We Exist are deemed absolutely vital to raise awareness for non-binary and gender-non-conforming issues.