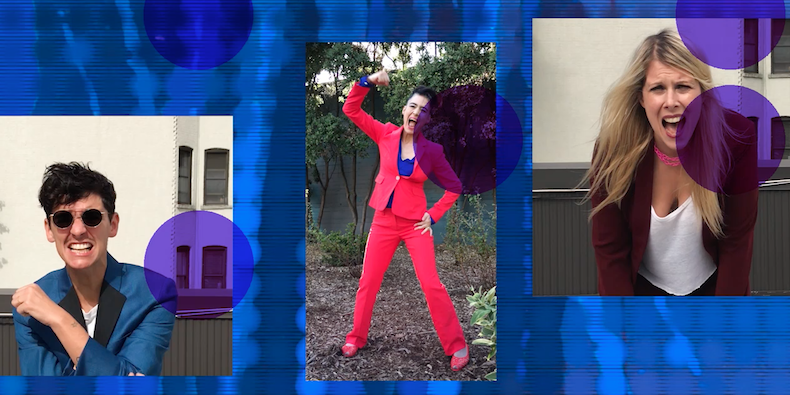 Today, Le Tigre – trio of Kathleen Hanna, Johanna Fateman, and JD Samson – have shared their first new piece of music in a decade.

As its title implies, the new song I’m With Her is a pro-Hillary Clinton anthem, and its video was made by director Laura Parnes and producer Tanya Selvaratnam for Filmmakers for Hillary, “a coalition of creatives committed to electing Hillary Clinton as President of the United States,” whose “mission is to organize creativity and inspiration into persuasion and mobilization.”

The video features footage of Le Tigre,  Clinton and her supporters, and kitty cats.