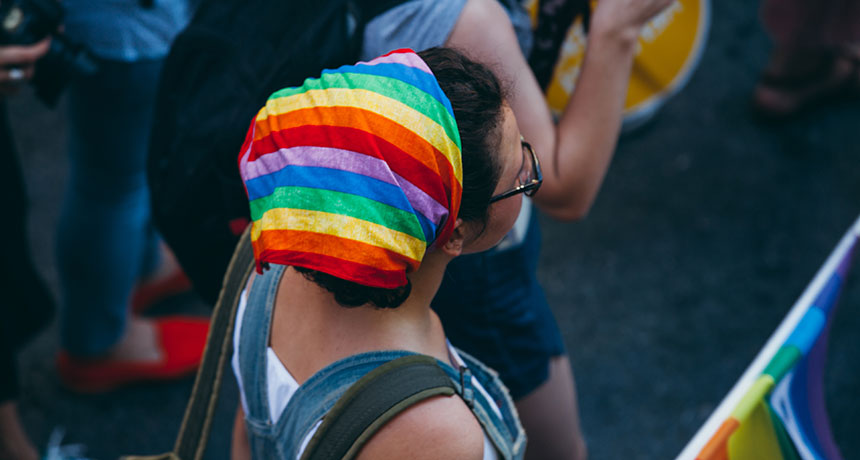 A study into the differing experiences among lesbian and bi pupils in the American school system has found an alarming disparity in the way it treats its LGBT+ and straight pupils.

According to the report, young lesbians and bisexual girls are 95% more likely to be disciplined at schools than their straight peers, according to a 15-year survey of some 5,000 American families.

But the report’s author, Princeton sociologist Joel Mittleman, says that only about a third of the risk can be explained by students’ misbehavior. He believes discrimination by faculty and administrators could be a real factor.

“The results suggest that sexual orientation itself may shape teens’ experiences in very different ways for girls versus boys,” Mittleman said in a statement. “My results are consistent, for example, with recent research showing that sexual minority girls are dramatically overrepresented in the juvenile justice system in a way that sexual minority boys are not.”

Overall teens attracted to the same sex have 29% higher odds of being taken out of school. But when broken down by gender, girls experienced 95% higher odds while gay/bi boys had zero increased risk of discipline. (The study did not examine other factors such as race, family life, or academic achievement.)

Another recent study, out of Tel Aviv University, found that people often stereotype bisexual women as “confused,” “disagreeable,” and “neurotic.” So we shouldn’t be surprised if school staff are primed to see queer girls as problems.

Even if, and perhaps especially, if they’re retaliating against a bully.

Sociologists say they’re only beginning to explore how sexual orientation impacts interactions with institutional authorities: Lesbians and bisexual women are also overrepresented in the American prison system—representing 42% of the female prison population, but only 4.4% of the female general population.