Lesbian Bookshelf: Under the Udala Trees by Chinelo Okparanta 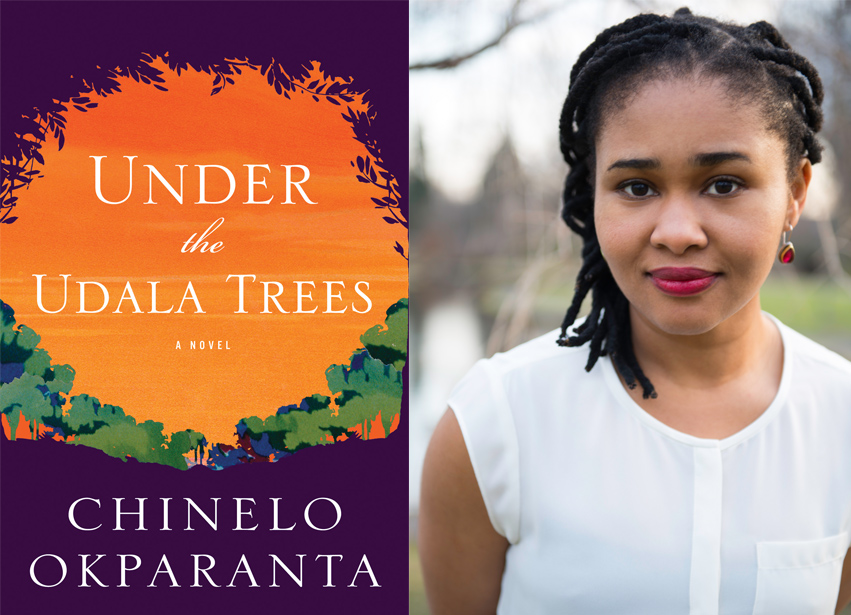 For queer people of African descent, finding an LGBT-positive book written by an African is painfully difficult.

Usually we’re stuck with books about praying the gay away, or Nollywood movies about the devil turning good women into lesbians (apparently the devil does that a lot).

Under the Udala Trees by Chinelo Okparanta is a breath of fresh air. Fresh gay, gay air.

The book follows Ijeoma, a young Nigerian girl, during and after the 1967-70 Biafran War.

When her mother sends her to live with a family friend in order to escape the war, Ijeoma meets a young Hausa girl – ethnically her enemy – and the two fall in love. Over the next twenty years, Ijeoma wrestles with her feelings toward women, her traditional mother and the expectation of heterosexual marriage.

What makes this book so great?

It goes toe to toe with religion, and admits that there’s no winner.

Okparanta’s depiction of Christianity is nuanced. In the book, Christian characters openly debate the meaning of the Bible’s anti-homosexuality passages. Some Christians fervently oppose gay people, some are accepting and many don’t talk about it. Despite being queer, Ijeoma prays often. Gay and lesbian Nigerians hold secret meetings inside of a church.

It would be easy to vilify Christianity in a book like this, but instead the writer honestly dialogues with it, proving that middle ground exists between blind adherence and absolute rejection. You could give a book like this to both your conservative mother and to a friend who’s questioning her sexuality.

It doesn’t shy away from sex.

But it doesn’t exploit it, either. In many books, even a lesbian kiss would be considered explicit – or, on the opposite end of the spectrum, the author will revel in the “sinfulness” of lesbianism and write overly in-depth depictions of scissoring.

Okparanta’s characters have sex. Why? Because lesbians in real life have sex and this isn’t church camp. But Okparanta handles it with tact, and only includes it when it’s relevant to the plot (Blue is the Warmest Color could have learned something from her).

How do you take a book about a relentless war that leaves thousands dead, a suicidal father, an overbearing and hyper-religious mother, rigid gender norms and the lynching of LGBT people, and make it funny? I wouldn’t be able to do it, but Okparanta has.

Not every moment is ha-ha and I definitely pulled out my tissues more than once, but somehow despite the subject matter, Okparanta keeps the book light. It definitely has its amusing moments.

For example, Ijeoma’s roommate treasures  a “special scarf” she believes will attract all of the best men in Nigeria. And, ironically, Ijeoma’s mother fawns over the “good Christian girl” she believes will be a good influence on Ijeoma – when in fact that girl is Ijeoma’s lesbian lover. Awkward.

As a queer person of African descent, I truly hope that Nigerian writers will follow in Okparanta’s footsteps when it comes to taboo subjects.

More than that, I hope that audiences will be receptive to the queer and transgender Nigerian writers who dare to document their journeys.

1 thought on “Lesbian Bookshelf: Under the Udala Trees by Chinelo Okparanta”