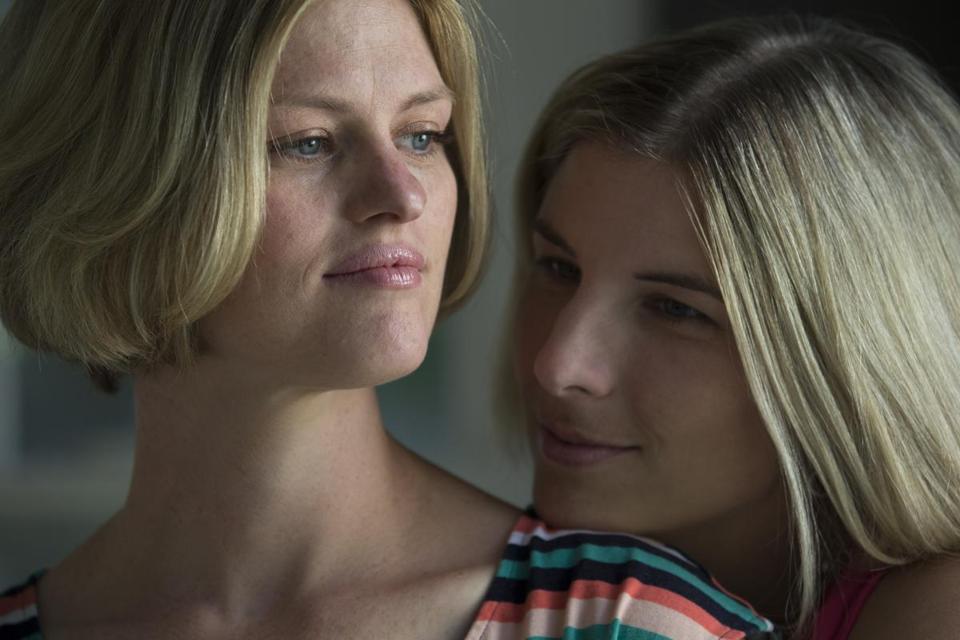 A married lesbian couple, Erin and Marianne Krupa, decided to try for a baby a few years ago but discovered Erin, who was to carry the baby, had fertility problems.

Her doctor told her that she had benign cysts on her uterus and endometriosis which had left her infertile.

Her doctor assured her that her health insurance would pay for her fertility treatment, but the company, Horizon Blue Cross Blue Shield refused.

The company told the couple that one of their insurance mandate of 2001 stated that women under the age of 35, no matter what their sexual orientation, had to demonstrate infertility by having two years of unprotected sexual intercourse.

The Krupa’s and another unnamed couple are now suing the commissioner of the New Jersey Department of Banking and Insurance because they claim the mandate discriminates against lesbian women forcing infertile gay women to pay for their own procedures in order to get pregnant.

Grace Cretcher, the lawyer acting on behalf of the women, states that the mandate violates the constitutional rights of non-heterosexual women who are obviously unable to prove their infertility simply by having unprotected sexual intercourse.

15 states now legally require insurance companies to cover fertility treatment and California and Maryland have updated their mandates to require fertility coverage regardless of sexual orientation.

Dr William Zieglar, a medical director of the reproduction science centre in New Jersey, said that the mandate that require proof of infertility has not been thought out well enough as gay women are unable to have a baby in the same way a heterosexual couple can because they do not have the same biological equipment.

Discrimination is still happening in many areas and the only way these discriminations can be overcome is to make people aware of them. This mandate is over 15 years old and is well overdue an update that should include gay women having the right to medical treatment if they are infertile.

Giving this right to a heterosexual woman and not a gay woman is an act of discrimination that shouldn’t be allowed to happen.