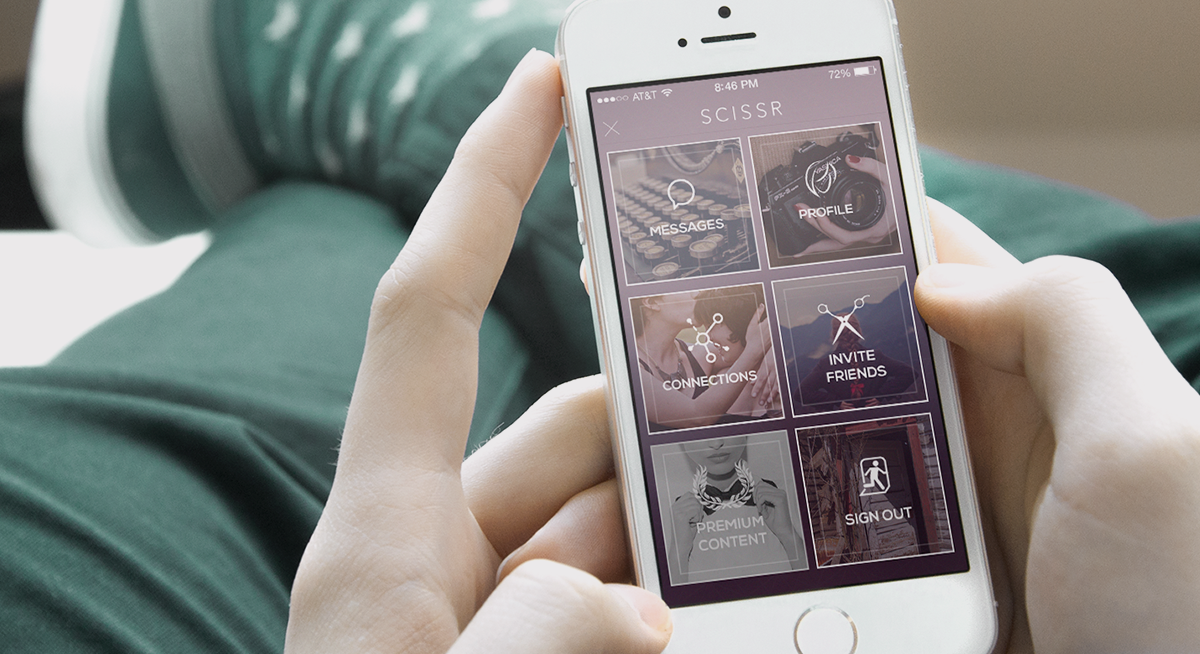 Why should gay men get all the fun? Not only do they get most of the representation in pop culture and are largely regarded as the face of the gay rights movement they also get to make good use of Grindr.

A dating app for gay men, Grindr’s selling point is that it allows you to find other gay men to hook up with. The app allows them to flirt and exchange messages before arranging to meet up.

Sadly the equivalent apps for gay women have never been as good or as popular. Until now, as one woman has now created ‘Scissr’, which is looking to be the premium lesbian dating app on the market.

Scissr was thought up by Allison Ullrich, who, after ending a relationship she moved to Chicago looking for a new job and a new love. With the job opportunity secured, it was her love life that was causing her trouble as she was unable to find other women to date.

“I think what spawned the idea was life — reality — and conversations I’ve had with my friends regarding relationships and women. Women have this conundrum about meeting other people, but no one was working to find a solution.”

This is quite right as although the ‘Gaydar’ has been something often joked about in pop culture, it doesn’t actually exist, not really. And so the task of finding out if another woman likes women too generally requires you to ask her point blank, which is more than a little daunting.

How Scissr plans to fix this is by allowing women to upload three photos (and a 300 word bio) to the app and establish whether they want a hookup, love and a relationship, networking or friendship. The app makes use of the GPS system on your phone to figure where you are and who is close by – and it’s not geo-fenced either so you have as much of a chance of finding love in New York City as you do in the middle of Sheffield.

Scissr will also have “crush” and “wish list” functions too. Denoting a crush allows you message the other user whilst the wish list will remain private so that you can keep track of who’s giving you the hots in secret.

Also important to note is that while Scissr is being promoted as a “lesbian” dating app (Ullrich says it will offer a “mind-blowing” experience to lesbians) it is actually inclusive to other queer women. Identity options in the app are lesbian, bisexual or ‘curious’ which isn’t exactly the most comprehensive list we can think of (I’d argue that it would just be better to let users type in their own identities rather than select them) but it’s a start.

Scissr will launch for free either this week or next.