Lesbian One Night Stands: Dos And Don’ts for Success 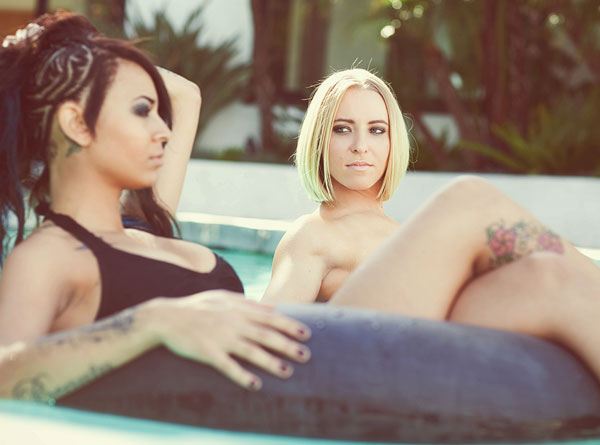 I think most of us would probably rather pretend that we’ve never been involved in a one-night-stand. I know for a long time I was shamed into thinking that it wasn’t ok. (P.S., it is, as long as you’re being respectful to the other person and yourself – in other words, use protection!) But there are certain casual sex etiquette rules that we might think it’s okay to overlook, since you’re never going to see this person again… Right?

Wrong. People deserve respect and human decency, even if you’re just going to get it on once and then disappear into the night. Most of these things might sound a little relationship-y, but that’s just because we’re conditioned to treat our partners with respect and our ONS’s as… Well, ONSs.

Everyone deserves respect, especially since you’re not a better person than the other half of your casual sexcapade. You’re both in the same situation, and you both should be treating each other right. You don’t have to make her breakfast or send a thank-you card, but you should be following common courtesy rules all the same.

DO: Make it clear what you want.

If you’re only after sex, make sure the other person knows you’re only after sex. If you’re looking for an actual relationship, it is possible to find one in a one-night stand, but you’ll need to be honest about your intentions. No one wants to be led on, and it’s even worse if you do it to yourself.

DON’T: Assume the other person wants what you want.

Even if you’re just in it for the sex, it’s best to check and make sure that’s all the other person wants too. There is an implication here that’s hard to ignore, but unless this other person can magically read minds (or she’s read this article, too) she might not be as open about what her intentions are. Don’t forget to check.

By this, of course, I mean if you’re in a relationship already. I’m not condoning the idea of cheating on your partner, by any means, but if your partner is OK with you having something extra on the side, your new partner deserves to know this, too. Not everyone is OK with this situation.

DO: Use fake names, if that’s what’s comfortable to you.

One of the biggest appeals of a ONS is that you can literally be whoever you want to be – this woman isn’t going to check. You’re not exactly held to the same “code of ethics” that you would be for a “real relationship”, so there are certain lies that are OK. Your name is one of them. Be the sexy vixen you’ve always secretly wanted to be!

DON’T: Make a big deal about it on social media.

Whether you’re having a one-night-stand because one of you isn’t out yet, or you’re just not looking for anything more than sex right now, it’s always rude to broadcast the details of your sexual encounters on Facebook or Instagram. Your friends don’t want to see it, and your sexual partner doesn’t want to be the subject of gossip.

DO: Use protection, every time.

Any time you’re having sex with someone new, you should be using proper precautions. It’s a pretty good idea to get tested after each partner, too, but keep in mind that they might not test you for everything (even if you say “test me for everything!”) and some stuff doesn’t even show up right away. It’s always better to be safe than sorry.

DON’T: Take “But I don’t have anything!” as an excuse to not use protection.

Like I said above, there are potential gaps in even the most diligent sexual health histories, and you barely know this person – can you really trust that they’ve been tested for literally everything? If they care more about the sensation than your sexual health, it’s really not worth it.

DO: Communicate as equals, throughout the whole process.

DON’T: Fake it if you’re not feeling it.

You’re allowed to change your mind, at any point in time. Whether you’re just not having a good time or you’ve changed your mind about the encounter altogether, speak up! Since you’re exactly equals, neither of you has any rights to say that your “needs” for sex is more important than the other persons “needs” for satisfaction. Faking an orgasm, or even faking arousal, don’t do anything but cause extra confusion.

DO: Be honest about your sexual health.

If you know you have an STD, mention it. The other person has the right to know, since there are no 100% effective means of blocking transmission. There are ways to minimize risks, but these depend on using it correctly and knowing where your priorities should lie. There are certain STDs that should be considered a “no-go” – such as an active herpes outbreak, or even a contagious stomach bug. (I know, not technically an STD, but who doesn’t swap germs when they have sex?)

Seriously, using two dental dams at the same time reduces the effectiveness, so you might as well not be using any. Plus, it’s widely seen as an implication that the person is “gross”, whether you actually feel that way or not, and it will definitely be viewed as a slap in the face.

DO: Pay attention to her body.

If she seems like she’s not enjoying herself, she’s probably not. Make sure you pay attention to all the little signs that tell you this person is not into it. Just because you’re enjoying yourself doesn’t mean that she doesn’t have to.

DO: Discuss the sleeping arrangements before you start.

Will she be spending the night (or will you, if you went to her place)? These are things you should work out ahead of time. Some people like to cuddle, even if there’s no romantic attachment. Be warned, though, that cuddling is scientifically proven to increase the bond that you may have started with orgasm.

DON’T: Feel locked-in to the conclusion you first came to.

Maybe you agreed that you’d spend the night together. Then, you either didn’t orgasm, or you found out that you two were not even remotely compatible for anything more than sex. You’re allowed to change your mind. Just because you talked about it first doesn’t mean things have to work out like that.

DO: Thank her before you leave.

It’s a little awkward to be thanking someone for sex, but think about it: They call these sexual favors. When you do a favor for someone, they should say thank you, right? Right! So thank her before you walk out the door, whether it’s that night or in the morning.

While a verbal thank-you is a good gesture, sending her something is weird, and it may make her feel like a prostitute. Most likely she wasn’t hooking up with you for gifts, and if she was, why would you oblige that? If you’re following “the rules”, she got just as much enjoyment out of it as you did, and you’re equals – you shouldn’t have to “pay extra”.

DO: Respect her desire for space afterward.

Remember, this was a one-night-stand, not a relationship, so she has no obligations to follow-up with dinner and a movie. If she asks and you’re actually on board, you’re free to make that date – but there is nothing that says you have to. In most cases, it’ll probably be best to go your separate ways.

DON’T: Reject the “second date” idea if you enjoyed yourself.

It doesn’t happen often, but if you find great sexual chemistry and some good talks out of this woman, why wouldn’t you want to go on an actual date with her? Your needs for instant gratification have already been dealt with, and assuming you’re both grown and single, why not see where it goes? It could be a longer-term casual fling, or she might even be the love of your life. Who knows?

1 thought on “Lesbian One Night Stands: Dos And Don’ts for Success”