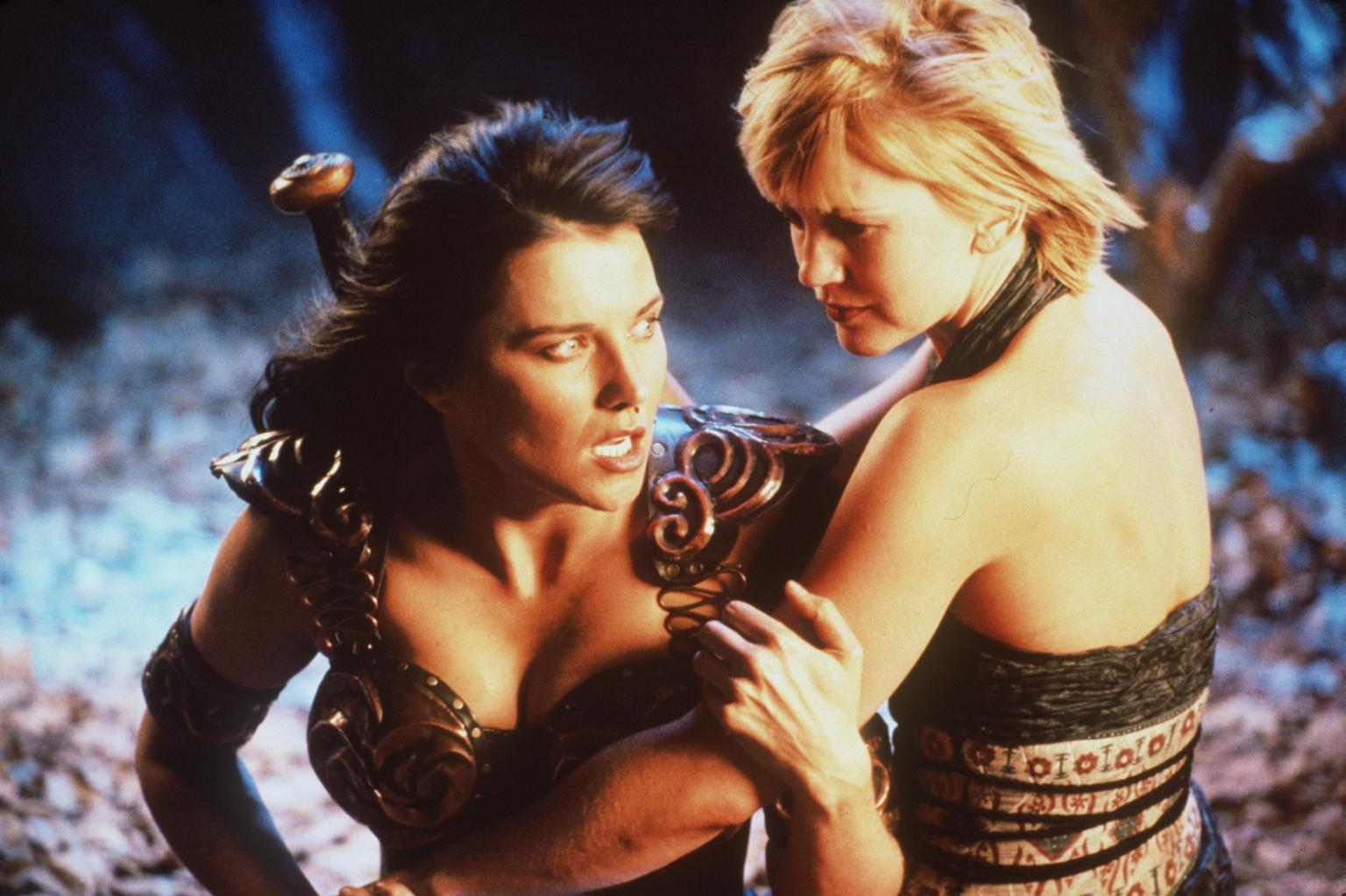 Last year we reported NBC was planning a big, lesbian reboot of Xena: Warrior Princess, but that reboot is apparently dead in the water.

The reboot, which was set to bring back co-creators Rob Tapert and Sam Raimi, was going to focus more on the lesbian relationship between the Amazonian goddess and Gabrielle – played by Lucy Lawless and Renee O’Connor respectively in the original.

But problems occurred when it was announced that writer and showrunner Javier Grillo-Marxuach (Lost, The 100) left the project over creative differences.

When he left the project in April he wrote:

I’m heartbroken to have left the Xena project over insurmountable creative differences. The character is dear to me, and to millions of fans worldwide, and I truly believe that now — more than ever — a land in turmoil cries out for a hero. I truly hope that the alchemy of creative elements that has to come together to make possible either a reboot or revival of this amazing property will someday coalesce, and that Xena will return in a way that does honor to what came before while looking to the future.”

It was rumored that these creative differences stemmed from him wanting to put the lesbian relationship front-and-center, which lead to today’s announcement from NBC Entertainment president Jennifer Salke that the reboot won’t go forward at all.

Nothing is happening on that right now. We looked at some material; we decided at that point that it didn’t warrant the reboot.”

NBC says it hasn’t closed itself off entirely to a reboot down the line so, while you wait for them to get their shit together and make the right decision on this, catch up on the original show on Hulu.