Lesbian Taboos: How to Deal With Your Ex Wanting To Stay Friends 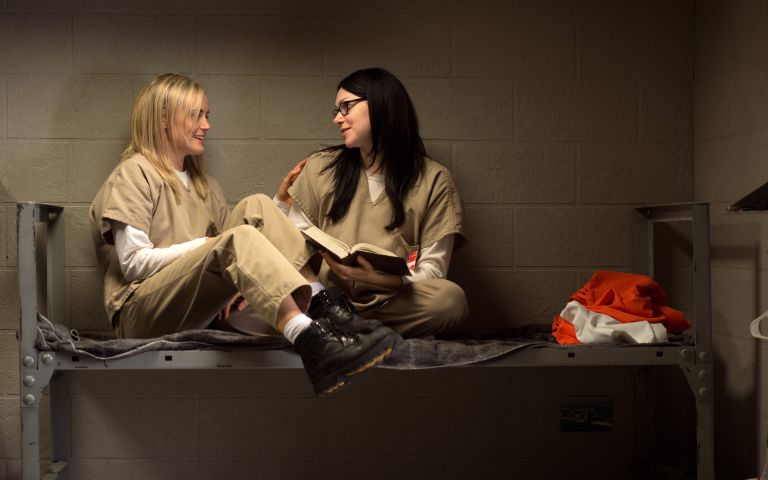 I’ll admit: I am terrible about keeping in touch with people.

My best friend hears from me more often than most (besides my mother and my girlfriend… And there are some days when I talk to him more, to be honest). Even then, I couldn’t imagine the idea of talking to him every single day.

But when an ex asks to stay friends after a break-up… My answer is usually no.

Does this make me a bad person? Probably not.

Do I hold grudges for past indiscretions? Definitely.

I had one ex (who is now dating my brother) who took it upon herself to make out with my partner literally days after I committed myself fully to her. And then she had the audacity to say “I consider Barbara a good friend, and I would never intentionally do anything to hurt her.”

LOL, yeah right. This is coming from someone who had to have labor induced because she was past her due date, 7 months after we broke up. But sure… We’re “good friends”.

Apparently I’m a jerk for this – just like I’m a jerk for not wanting to stay friends with the girl who came after her – who also hooked up with my brother (but I didn’t find that one out for sure until after we broke up, either).

Am I even obligated to stay friends with my brother at this point? I think not.

But what do you do if your ex wants to stay friends with you – and you’re not really ok with the idea?

I’m down for trying to stay friends after a break-up, if there wasn’t anything huge that got in the way of the relationship. My first real girlfriend, for example, recently got back in touch with me, after almost ten years. I’m not sure how she found me (my Facebook isn’t under my “real” name) but she did – and she was expecting to pick up right where we left off before we began dating.

She seemed a bit hurt when I told her it didn’t exactly work like that.

Instead of just letting this person into your life, I find it’s best if you set boundaries. Do I answer her when she messages me? Well, usually – but I tell my girlfriend about it right away, just so there are no surprises. I don’t feel that there’s anything to worry about, but it’s better to be over-prepared than under-prepared, I always say.

Similarly, I don’t expect my girlfriend to completely ignore her exes, either – but I do expect there to be some boundaries. For example, if this ex happens to flirt with her – that’s something I deserve to know about, and I would do the same if one of my exes flirted. It’s only fair.

Would I consider staying friends with the ex who tried to kill me? Well, as it just so happens, I did give it a shot – but as soon as she started making it sound like I owed her, all bets were off.

The first time she blew up at me and tried to start a fight over something that happened in the past, it was over, and we haven’t spoken since.

If you’ve got an ex who wants to be friends, it’s important that you set stricter rules than you had when you were together. After all, you’re not committed to her anymore, so there’s no reason you should put up with her acting up. I’m sure there are some who would say you shouldn’t let her “act up” when you’re with her, either, but I tend to forgive a little too easily. Your situation will probably vary.

If your ex was physically abusive (like mine was), it’s pretty important that you don’t give her the opportunities to do that again. After all, anger towards a person can last long after it “should” end – and sometimes these things have a way of resurfacing. If your ex was physically abusive, but you want to remain friends, it’s probably best if you make it a long-distance friendship. Text, but don’t spend the time together. Don’t give it the opportunity to go wrong.

In my situation, my ex was also emotionally abusive – which put me in a strange position when it came to being friends with her after our break-up. When this happens, are you supposed to ignore the abuse you were put through during the relationship? Do you trust her as a friend when she spent a good portion of your relationship telling you that you were disgusting and not worth anything? Well, that’s not exactly something friends say – and arguably I shouldn’t have put up with a girlfriend saying it either, but that ship had long sailed.

You’re free to choose your own friends, of course, but I urge you to not overlook things that you wouldn’t accept from your other friends. If you do genuinely work better as friends, then staying friends after your break-up shouldn’t be an issue. (This is the case with my first girlfriend, and the reason I still talk to her occasionally.) But you need to be sure that she’s not wanting to stay friends just to keep a leg in the doorway (figuratively speaking, of course).

Don’t be afraid to say no.

Your ex might try to make you feel guilty for holding a grudge – but it’s your right. As humans, we can’t always control the things that stick with us, especially if they’re negative. If your gut is telling you to say no, say no! She can’t force you to keep her in your life, any more than you could force her to stay good to you when you were dating.

(Am I the only one who notices it’s the partner in the wrong who usually wants to stay friends?)

If you’re not comfortable with the idea of staying friends with someone who did you wrong, you’re under no obligation. This doesn’t only apply to friends you used to date, of course – cutting your friends off is a practice in self-respect, when done with justification.

But something many people overlook is that you don’t have to justify your decisions to the other person. You only have to answer to yourself.

Maybe this sounds selfish, and that’s fine. There are situations when selfishness is actually a good thing. After all, no one is going to take care of you. This is a generalization; a good partner and a good friend will care about you, and you should care about them (and for them).

You just have to make the distinction of who is worth it – you can’t let people who take advantage of you stay in your life.

Second chances are fine and dandy, but it’s a personal decision. She doesn’t get to decide she gets a second chance – you do. Be true to yourself and don’t put up with things you can’t handle.

PrevPrevious40 Thoughts You’ll Have While Dry Humping Your Girlfriend
NextHow Do I Ask Her To Be My Girlfriend?Next