Lesbians For Men: A New Book Examining The History Of ‘Faux-Lesbian’ Fantasy For The Male Gaze 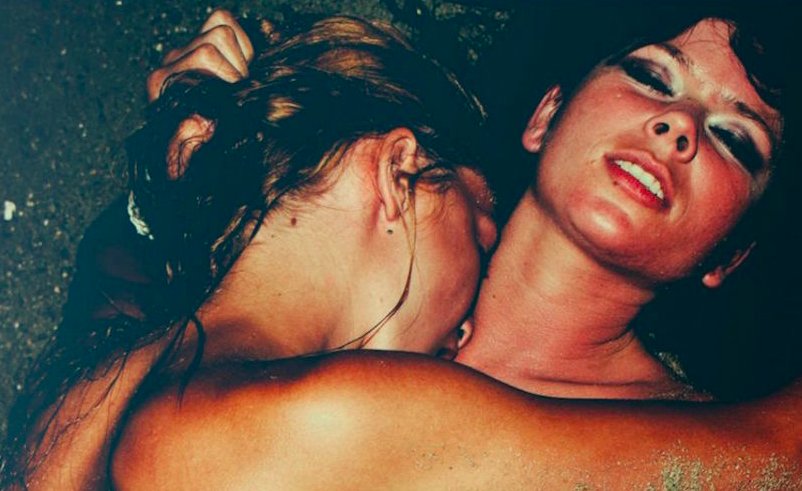 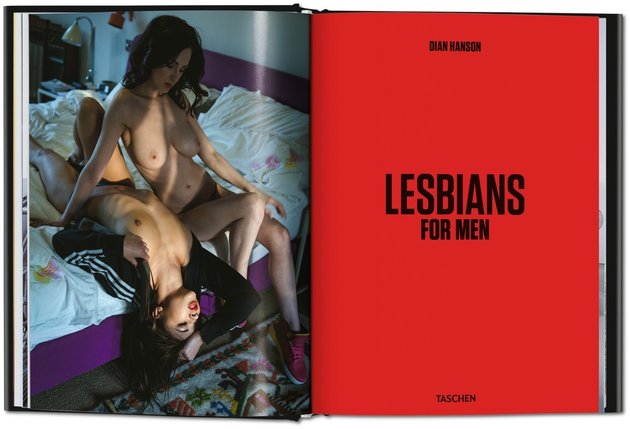 The feeding of that fantasy has survived through decades and, even though fantasies and fetishes are encouraged in their diversity and should not be shamed or suppressed, in many of their contexts I think that we are obliged to look into the social and political connotations of such fetishes – that can usually be translated into relations of power affecting the lives of real people, outside of their bedroom – and unravel how their sexual, romantic and everyday life and identity

Lesbian and bisexual women have long been used as tropes for the pleasure of straight men. The term “male gaze” describes how not only sexual, but most kinds of intimate relationships between women and gender-non-conforming people are still being fetishized by men and deemed as existing for their sake.

This is demonstrated through comments in everyday life such as “Can I watch”, the “She’s only doing it for male attention” assumption coming not only from men but as a projection of internalized misogyny as well, the film and advertisement industry that fill us with images of conventionally attractive, thin, able and mostly feminine women with their limbs interlocked together in rather unrealistic poses.

The issue of male-directed pornography is also an issue that has been raised numerous times. Most pornographic material including women being together is not made by lesbians, but by straight men for the viewing audience of straight men, more often than not treating women in objectifying ways and reducing homosexual relations between them into a trope from which people are actively missing and bodies are simply going through theatrical interacting motions. 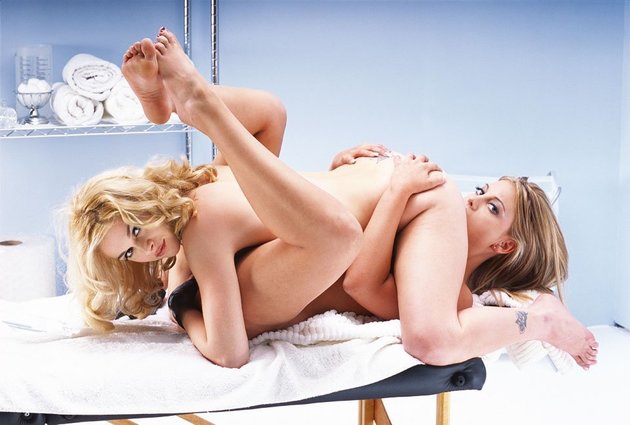 De-demonizing the habit of straight men jerking off to imagery, thoughts or even intrusion and participation in queer female sexuality is not, in my opinion, about being progressive and open-minded, and brushing the shame off of kinks. Straight men’s voyeurism can actually have negative effects not only on queer women’s everyday lives and relationships, but also on the formation of their identities.

An excellent comic designed by K – a Canadian non-binary feminist comic artist – concerning the effects a culture of fetishization of female and queer sexuality can have on people, can be found on Everyday Feminism: I want to focus on this comic a little bit before discussing the TASCHEN book.

According to the comic, queer women and often non-binary people, haven’t had access to media, culture, literature and spaces directed to LGBTQ+ people up until late, as in, their twenties. Till then, they had to look for depictions of lesbians and bisexual women in mainstream media, movies and pornography. This was the only way to see ourselves represented – existing.

Most of these depictions have one common characteristic: they are aimed towards men, so while growing up it is significantly easy for a girl to think that her own sexuality can be performed and experienced with men always getting in the way, as if we initially owe something to them.

I didn’t have the experience or tools to understand how damaging it is to constantly have your sexual identity reflected back at you, warped and repurposed for the consumption of others.”

And this does not only stay in the media. While some men sexualize and – seemingly – accept conventionally attractive, feminine lesbians, many of them – sometimes even the same men – may display homophobic behavior, fail to respect a lesbian/bi woman, a gay man, or a trans person, when not attracted to them. The same men usually fail to recognize their privilege, deny supporting us when we demand our basic human rights, and contribute in several ways in our oppression. 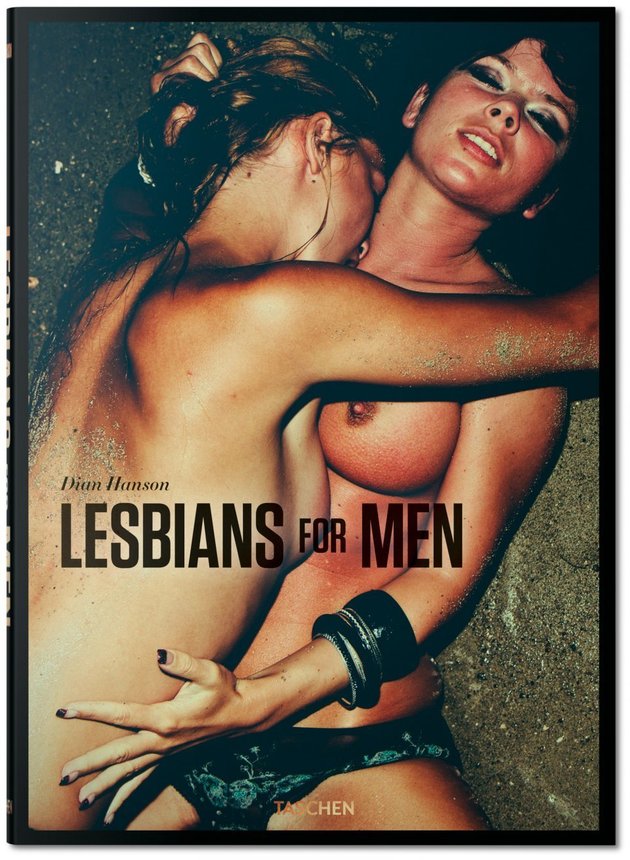 Especially when we don’t show interest in them, they might turn violent toward us, demanding our compliance. We’ll be slut-shamed, shunned, cat-called in the street, even “correctively” harassed and raped.

Queer women end up fearing for their dignity, for their relationships and for their life with every tiny step they take. They lose trust in the world around them; they feel like they have to conceal their identities in order to protect them, they feel like they’re being chased from an objectifying gaze. They may even end up letting themselves feel guilty for what is happening to them. Yet the paradox lies that, even the way they have shaped their identities may be based on patriarchal standards set by straight men. 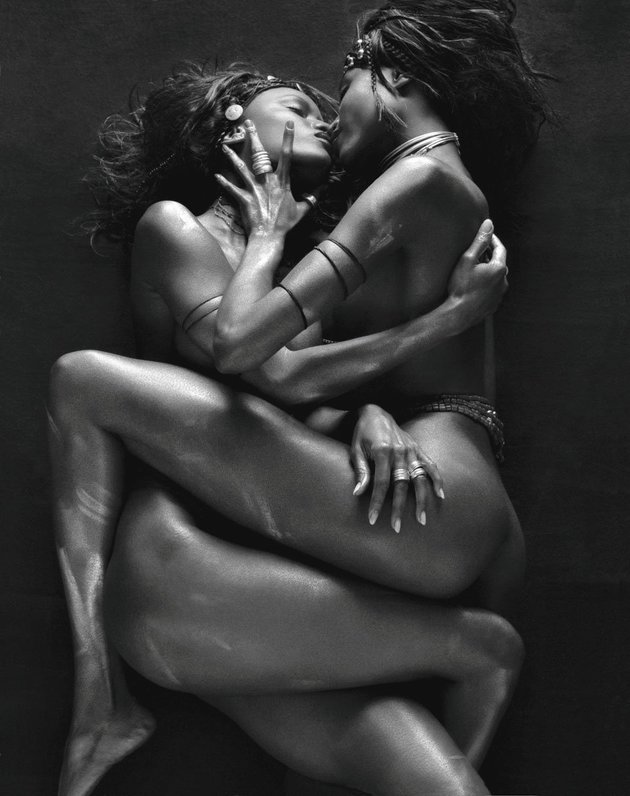 It’s an honest book: it’s not stated that these women are all lesbians, or that the purpose behind the faux- lesbian photos was any other than it really was: to please men.

I’m a big fan of sexual truth, and believe we can know the truth without sacrificing the fantasy.”

This book offers some interesting insight in the history of lesbian pornographic imagery. It demonstrates all the changes taking place since 1890 between different countries, historical contexts and legal systems.

When it comes to the concept of “lesbian content directed at straight men” and whether it can be harmful or not, Hanson says that when she sees fantasy repeated so often it becomes truth, she feels like she has to step in. She does make clear that this book is not lying by implying that the women portrayed in it are lesbians. On the contrary, the text analyzes the phenomenon of men being aroused by lesbians and focuses on informing men about the background and the purpose of these photos, distinguishing them from real lesbian imagery. 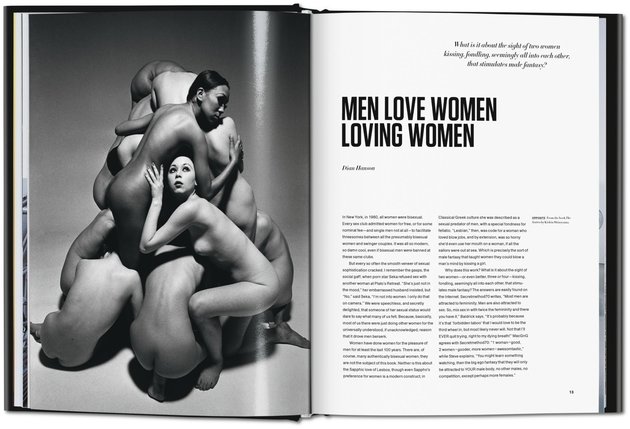 However, this still leaves a bitter taste in my mouth. I don’t know exactly how to explain it, but making a glossy coffee-table book for an issue, with pictures of pretty women inside, is kind of glorifying it. “Paying tribute” to the fantasy even from a distanced, critical point of view, seems to me like leaving a slightly open window that says “it’s okay”.

It’s not that simple because it’s not okay. Making a book full of pictures of faux-lesbians posing for the male eye, a book that makes Maxim readers excited, reaffirms it for the voyeurs that the main purpose of lesbian and bi women and gender-non-conforming people, is to fit in their standards and serve as a pleasure object for them, instead of recognizing us like real people who do things, experience things, feel and share things solely for ourselves.