Lesbians Really Are The Marrying Kind, As Survey Reports More Queer Women Are Getting Married Than Men 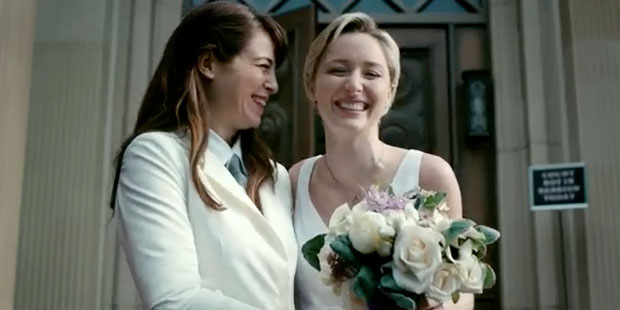 First official figures in the UK have offered intriguing evidence that queer women are more likely to marry than gay men.

Until the law changed last year allowing gay and lesbian couples in England and Wales to marry, men and women were, by definition, equally likely to get married.

But new figures published by the Office for National Statistics (ONS) show that during the first 15 months of legal same-sex marriage, lesbian couples were significantly more likely to tie the knot than gay men. 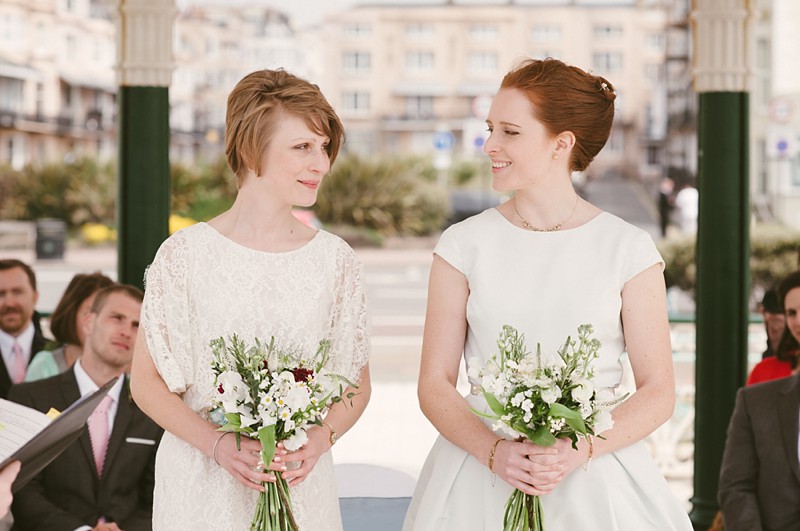 That contrasts sharply with the situation when civil partnership was the only form of legal union for same-sex couples when male couples outnumbered female couples almost every years since their introduction in 2005.

Previous ONS studies have also shown that twice as many men as women identify themselves as gay, while women are more likely to say they are bisexual.

Significantly, the latest figures show that women in same-sex marriages are twice as likely to have been married previously to someone of the opposite sex.

One in seven women in same-sex marriages were divorced compared with one in 13 men.

Overall, there are now just over 15,000 married same-sex couples in England and Wales, when those who converted their civil partnerships are included.

Gianna Lisiecki-Cunane, a family lawyer with JMW Solicitors, said the figures appeared to suggest that gay women shared the preference of their heterosexual counterparts for the security and stability of marriage.

Even though it might seem to be a stereotype, more female same-sex couples than males are opting for the greater commitment which marriage is taken to represent.

However, the history of civil partnerships makes clear that women are also more likely than men to end those relationships which aren’t working out.

Given that married couples must wait a year before they can divorce and the first same-sex marriages only took place in March last year, it is reasonable to assume that we might detect a similar pattern amongst gay married women in the future.

The figures also indicate that those men who do make a commitment to one another might be more inclined than women to try and work through their problems and regard either a civil partnership or same-sex marriage as being for keeps.”

What is apparent is that a significant proportion of men and women are choosing to marry partners of the opposite sex before entering into same-sex relationships. In the case of women, in particular, that might be because they feel somewhat pressured by family, friends and wider society into pursuing heterosexual marriage, even though they may not feel entirely comfortable in such an environment. Also, at the time of those relationships, same-sex marriages might simply not have been legal.

The demise of their earlier marriages might well have coincided with the opportunity to marry in a manner of their own choosing as well as the confidence in expressing their true selves which comes from being even a few years older.”