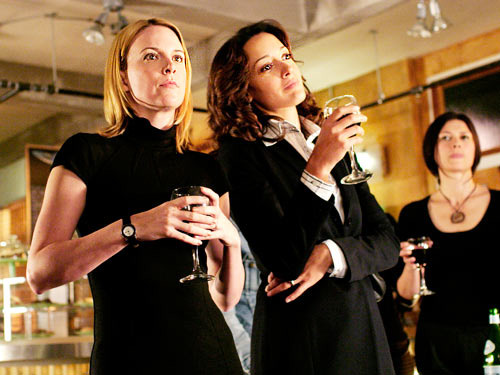 In the world of work there lays a clear biased – women earn less than men. Caucasian folk earn more than ethnic groups. And gay men, and transgender people make less than their heteronormative friends.

Yet there’s one minority group that flies in the face of conventional wisdom with a positive wage gap: lesbians.

Lesbians in Western countries suffer many types of discrimination, but being underpaid is not one of them.

Why? Well a new study by the University of Melbourne and San Diego State University found gay women earn more because they are better at “leaning in.”

Nick Drydakis, co-author of the study and senior lecturer in economics at the University of Anglia, also suggests this is because lesbians often know early in life that they will not marry into a traditional household where a male could provide for them. So they invest more in themselves, study longer than heterosexual women and make more career-oriented decisions.

Good for them, right? Not necessarily. While the lesbian pay premium is certainly good news for us hardworking women, it may also be due to the systematic discrimination against other groups.

This might make employers more interested in promoting lesbians, who are less likely to move in and out of the labour market.”

Lesbians might also benefit if they exhibit more of those attributes than their heterosexual counterparts or gay male co-workers.

Research however did find that the wage premium was lower for those lesbians who had previously been in heterosexual marriages.

Jeffrey Waddoups, who conducted this particular study and is the graduate coordinator for economics at the University of Nevada, Las Vegas, explained

This is because the typical household division of labour for married couples focuses on career advancement of men.”

To be sure, we still face other types of discrimination in and out of the workplace.

And research indicates the marketplace continues to benefit primarily men or women who are perceived as being more “manly.”

So the key is to be assertive, stay longer in school and select a lifelong partner who understands career advancement is not a male privilege.