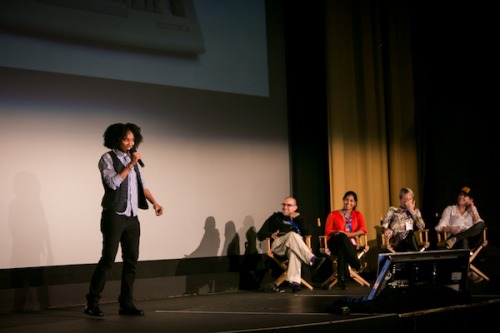 The statistics on women in the technology industry are astounding. As of 2013 women made up just 26% of the computing workforce with most of the women in the industry being white women (16%) and half of that (8%) being women of colour.

According to a study by MIT (Massachusetts Institute of Technology) making teams more diverse is vital to their success. Their results concluded that diverse teams not only have better performance but the morale of the team and the quality of the end product are both improved because of it.

Yet with such small figures of women being involved in the tech sector, something needs to be done. Consider Lesbians Who Tech one of the driving forces then as they want to make a more inclusive and more diverse space for queer women in the technology industry.

While its goals should garner much support, Lesbians Who Tech are certainly up against it but their action plan to achieve these things could just work. In February/March 2014 Lesbians Who Tech hosted its very first summit in San Francisco where over 800 women (and queer allies) attended panels to not just learn about inequality in the tech industry but to look at how to tackle it.

For example, one point brought up was the humungous wage gap that women in technology face. In Silicon Valley (the tech hub of the United States), women make just 49 cents to every dollar a man makes which is literally paying men over twice the amount of money for doing the exact same work. This is even more egregious that the United States’ general wage page of women earning 81 cents for every dollar that a man makes.

That’s unacceptable and arguably by talking about this more, increasing the numbers of women in the field and calling for something to change, something will change and the tech industry will become a more diverse (and less sexist) place because of it.

You can find out more about Lesbians Who Tech and about upcoming summits at the source link below.