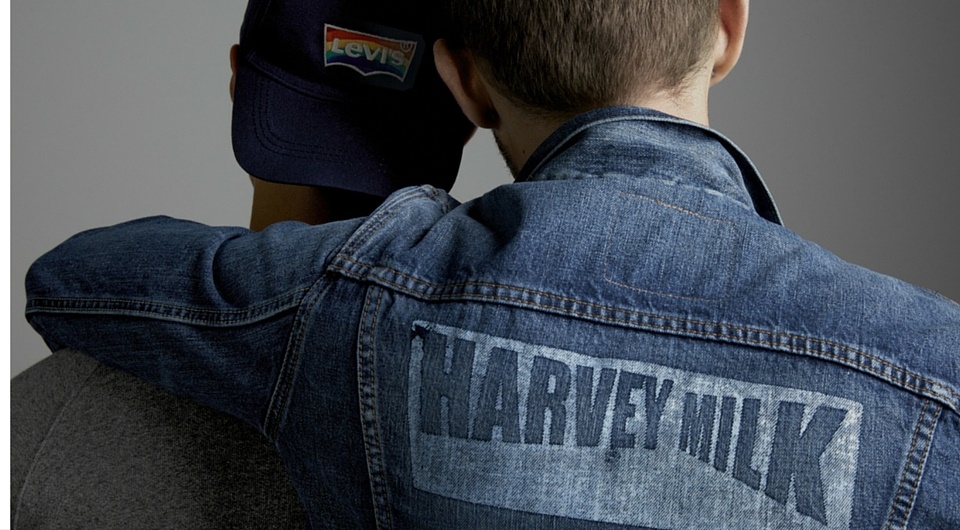 Levi’s have launched a new collection of items dedicated to LGBT history ahead of 2016 Pride, in memory of gay rights hero Harvey Milk – who was assassinated in 1978.

This year’s Levi’s Pride collection will be the first time it will be distributed worldwide.

Our company is not afraid to take a stand on the important issues of our time.  From supporting policies ensuring equality for the LGBTQ community, to the Levi Strauss Foundation’s support of LGBTQ advocacy organisations around the world, to employee participation in the annual SF Pride Parade – celebrating LGBTQ rights is a part of our DNA,” according the Levi Strauss website.

It is a simple message, marked by dignity and respect, that we embrace all without exception, and keep alive Uncle Harvey’s promise of equality for all people, everywhere.”

A portion of the proceeds from the collection will go towards the Harvey Milk Foundation, the not-for-profit global organisation set up in memory of the activist-turned-politician.

The new line is expected to launch later this year just in time for Pride month.