LGBT Films from Sundance That We Recommend You Watch 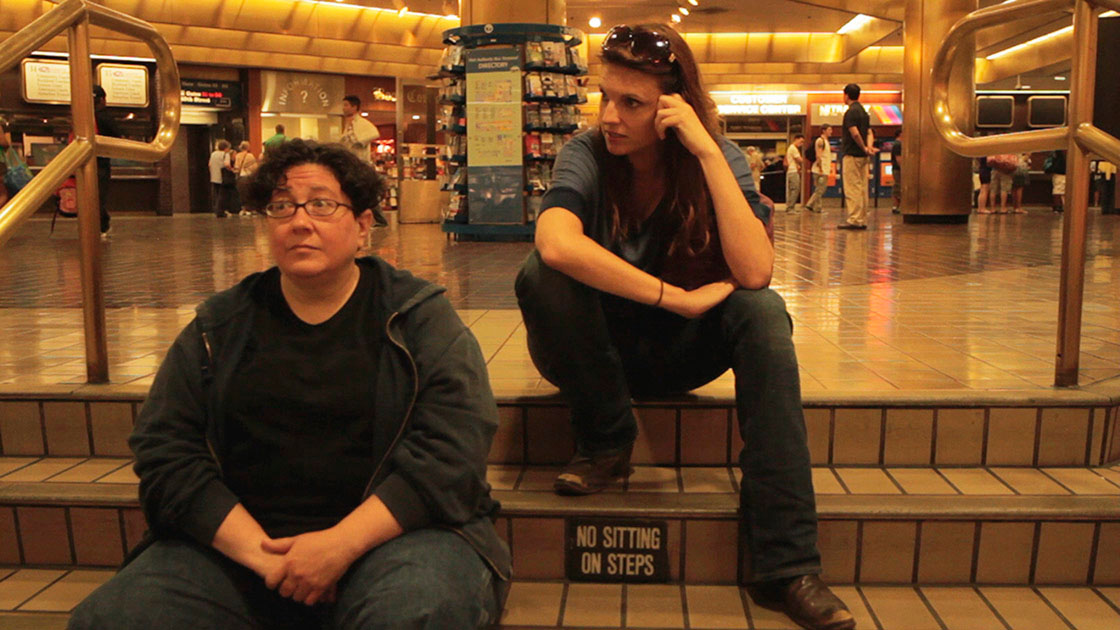 Sundance is sort of a big a deal. An annual film festival that takes place every January in Park City – Utah, Sundance is where filmmakers go to showcase their wares and create pre-awards season buzz. In fact, the critical reception that many films receive at Sundance each year is a pretty good suggestion of which films will go on to take home the big prizes at the Golden Globes or the Oscars that follow.

For others though, Sundance is about discovery, it’s where the slightly more niche and indie films go to get eyes on them, for critics to talk them up and tell the public why they should pay attention even when big production companies or movie distributors haven’t. That’s often the case for many LGBT films with many big budget publishers shying away from the queer content that many of us crave. Now that Sundance 2014 has been and gone we have a better picture of what the queer related films on show.

So you can read the list below to find out more about the LGBT related films from Sundance 2014 that we think you should watch.

When your mother reveals to you that she is trans* and is set to transition, that’s something that will certainly accelerate your maturity as your come to terms with such a huge decision. That’s what happens to 16 year old Billie in 52 Tuesdays as she not only has to be there for her mother as he transitions, but her time with him is also limited to Tuesdays, making it paramount for the mother-daughter duo to stay close.

Keeping within the film’s theme, the Australia-set movie was actually filmed across the course of a year as shooting took place every Tuesday. 52 Tuesdays was a big hit at Sundance, with director Sophie Hyde winning the ‘World Cinema Directing Award’ for her work.

I Love Your Work

A documentary that is shot more in the traditional sense, The Case Against 8 as filmed across 5 years as those in California struggled to overturn Proposition 8, the law that saw the liberal-leaning state of California ban gay marriage. Before the ban, California did allow for gay marriage, with high profile couples like Ellen DeGeneres and her wife Portia de Rossi actually getting married just prior to the ban, which is why many saw it as ludicrous when Prop 8 actually passed.

As a result, The Case Against 8 is a phenomenal watch as it follows the team that took the first marriage equality case to the U.S Supreme Court in a move that has led the way for many couples to do the same and progress the same-gender marriage rights across the United States.

Also focusing on the topic of sex, but very much in a different way to that of I Love Your Work, The Foxy Merkins is based around two lesbian prostitutes in New York City. One of them, a newbie to the queer sex worker world and the other one, who is described as ‘an expert on picking up women’, make for a hugely hilarious pairing.

The Foxy Merkins is essentially a queer-centric buddy comedy that sees the two women meet a delightful selection of characters that you probably wouldn’t see in another film with a widespread release, needless to say, this film is refreshing.

Usually when a film centres on siblings who have fallen out or who have never gotten along, it takes something dramatic to bring them together and they end the film happily, reminiscing over the parts of their childhood that they actually liked. That’s very much the case of The Skeleton Twins but don’t expect it to be all smooth sailing.

As the film with the biggest amount of starpower on this list, Kristen Wiig and Bill Hader play twins Maggie and Milo (Milo’s ex boyfriend is played by Modern Family’s Ty Burrell) who have a reunion after they both ‘cheat death on the same day’. The fact that they actively confront the differences between them to fix their lives rather than passive aggressive behaviour or ridiculous pranks that usually take place in similarly themed movies may make for uncomfortable viewing but with a cast like that, The Skeleton Twins isn’t one to miss.

Making cultural and ethnic identities the subject in this tale, Appropriate Behavior’s lead character, Shirin, must reconcile her identity as a ‘politically correct bisexual’, ‘a hip, young Brooklynite’ and ‘an ideal Persian daughter’ as she, like many young people, struggles to fit all of the pieces to her identity jigsaw together.

Desiree Akhavan is the familiar name behind the project having also picked up acclaim for The Slope, a lesbian webseries that she also worked on so, with plenty of budding talent behind it, Appropriate Behavior deserves more than the appropriate amount of interest.

Another intriguing form of filmmaking, My Prairie Home is a documentary and a musical that is described as a ‘poetic journey’. Put in better terms, My Prairie Home is compiled of visual interpretations of trans* singer Rae Spoon’s music, all set with beautiful landscapes of Canadian prairies.

It’s easier to watch than it is to describe because the music can’t be put into many words but if you’d like something offbeat that will be a delight to your ears, check My Prairie Home out.