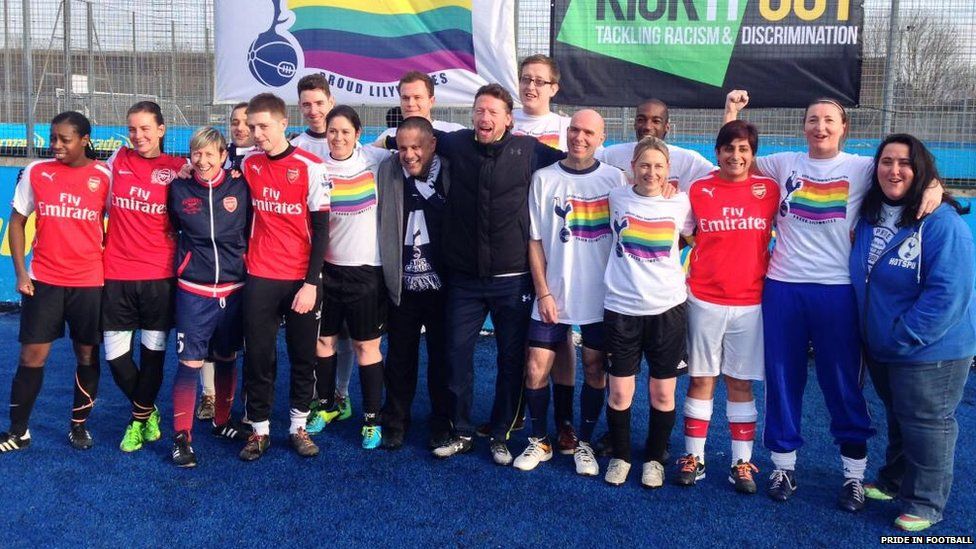 The campaigners say getting adequate help setting up official supporters’ groups for lesbian, gay, bisexual and transgender fans is too difficult.

I definitely think all Premier League clubs should have an official one. There are some clubs that still seem to think; remarkably as it may seem that there isn’t a problem with homophobia within football. They think because there is no homophobic chanting within their grounds there’s no need to actively help an LGBT fan group which is disappointing.”

The organisation, which also runs a national LGBT league, says such groups can help tackle homophobia.

There are hundreds of different supporters’ groups in the UK and they usually give fans from the same club, who live in a certain area, the chance to meet up and socialise.

Few of them are specifically for the LGBT community, though.

In 2013 Arsenal became the first major English club to recognise such a group – the likes of Manchester City and Everton followed.

But Newsbeat has found not all clubs have an LGBT group. Apart from Arsenal, only 5 other Premier League clubs said they did. 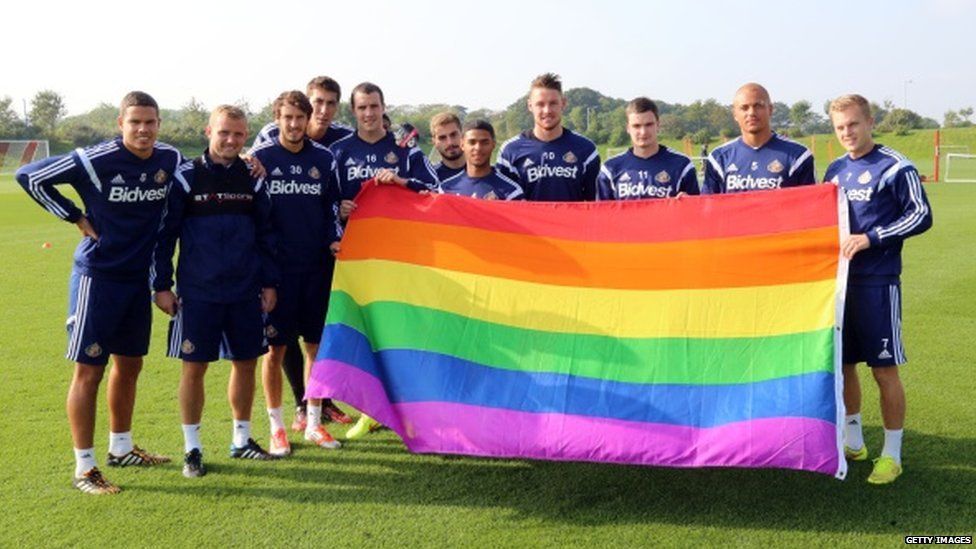 Steve, a member of the Gay Gooners, said

It’s just a social group for like-minded supporters to meet up and have a few drinks.”

Chris Paouros from Pride in Football said that can be “tricky” for gay supporters. She added:

We know that LGBT fans sometimes don’t go to football because it doesn’t feel like a safe place to be.”

A recent Out on the Fields survey, taken by more than 9,000 people, claims 77% of UK participants had witnessed or experienced homophobia in sport.

It’s that kind of attitude, which led to an LGBT supporters’ group being set up at Tottenham. 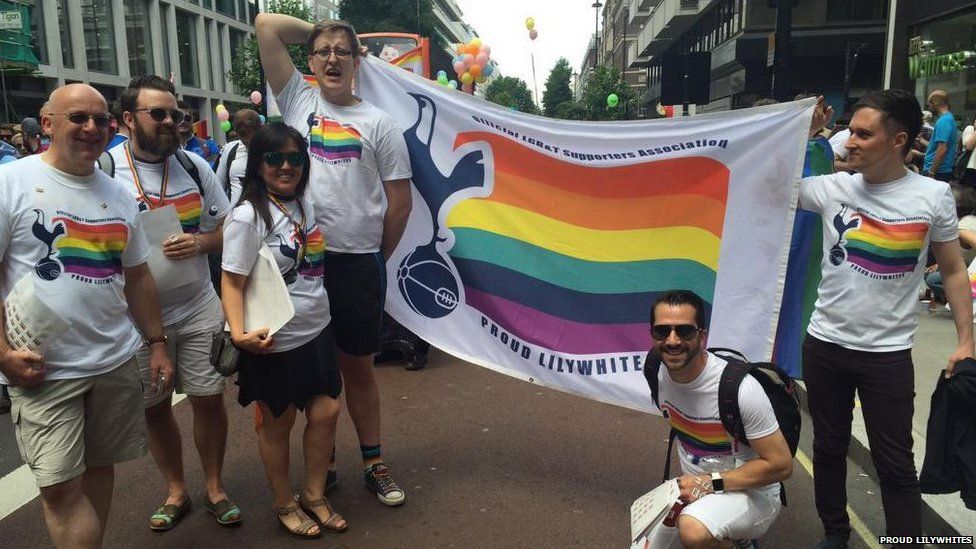 Simon Gray, who helped set up the Proud Lilywhites explained

They (Tottenham) used all their resources to find the supporters, to pull them together. It was really empowering to see the club reach out and try to find people”.

For GFSN chairman Ed Connell, the importance of such groups is a significant tool in educating fans.

To see the Gay Gooners displaying their banner inside the Emirates is the most amazing thing for an LGBT fan who’s been attending football for years but felt like the silent minority within the ground.”