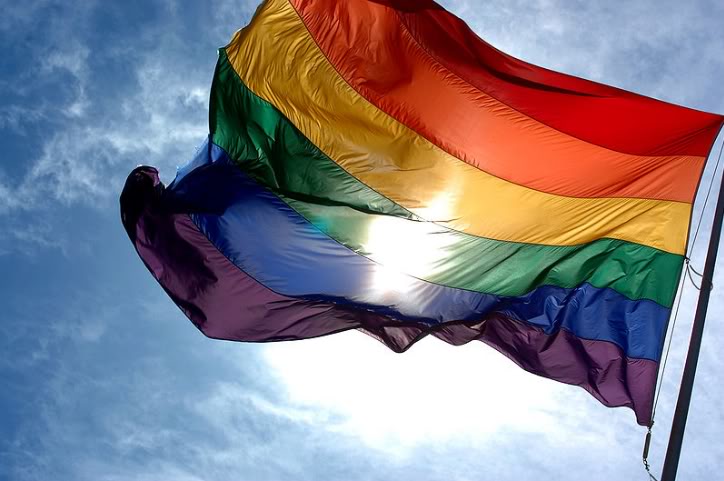 This year the university will be presenting a number of events in support of LGBT History Month –  All talks are free and they take place in Arts 2.02 at 7 pm.

When music is described in novels it serves all sorts of purposes. It can connote passion for example, or an experience of intimacy, or point to areas of meaning, life and feeling beyond the grasp of words, or impossible for cultural reasons to articulate. This talk explores the specific role played by the representation of music in a number of twentieth-century works of queer fiction, including novels by Alan Hollinghurst and Sylvia Townsend Warner.

“Marriage is so Gay.” The battle for same sex marriage in the US and Britain: A comparative perspective – Dr Emma Long – 6 February 2014

Same-sex marriage has been a controversial political issue in both the US and UK in recent years. Yet despite the fact the issue is the same, the nature of the campaigns in each country has been quite different. This lecture considers the history of the debate and looks at why the issue has been received differently in the two countries.

Southeast Asia is a hugely diverse region, where different races, religions and government systems exist side by side. And yet there are common threads in our queer history that bind us together, from traditions of holy transgender shamans to modern-day lesbian weddings and gay rights marches. Singaporean activist Yi-Sheng Ng will share stories from Brunei, Burma, Cambodia, Indonesia, Laos, Malaysia, the Philippines, Singapore, Thailand and Vietnam; these are tales of liberation and oppression, continuity and change.

In this lecture I wish to speculate on the concept of harmony and how it offers creative possibilities for ways of thinking about LGBT politics. As LGBT politics becomes increasingly divided between a liberal acceptance and extreme differences – BDSM culture, bug-chasing, bare-backing etc. – I wish to muse on the concept of harmony, especially close harmony as a means to emphasize the ‘queer’ at work with and within the norm without having to lose one’s identity either to assimilation, or to the extremes. My own concepts here are fraught with problems and are highly value laden, and I aim to maintain these tensions as a process of self-critique.

Perhaps due to the population size and the diversity of the cultural backgrounds of its citizens, the USA has produced a large number of diverse ‘classical’ composers in the 20th century of which a considerable proportion were/are gay or bisexual. The sheer variety of individual styles in which these composers expressed themselves is quite staggering and many of these composers have reputations that are of key importance to 20th century ‘classical’ music both nationally and internationally. The talk will look at the life and music of several of these composers, including works that seem to reflect their personal feelings and sexuality.

Why are LGBTQ books for young readers considered so threatening? Can you turn people queer simply by featuring LGBTQ characters in literature? LGBTQ books for children and young adults are some of the most banned or censored books in the world. This talk will explore some of these texts and the many challenges they have faced. It will discuss the content of both picture books and young adult novels as well as how these works might influence readers.

History contradicts the common assumption that Christianity and homoerotic relationships are in direct conflict. There have been numerous examples of Christian saints, popes and bishops who have had same-sex relationships themselves, or celebrated them in writing, and blessed same-sex unions in church. There have also been long centuries of active persecution – but recent years have again seen the emergence of important straight allies for LGBT equality, and a notable reassessment of the scriptural verdict.

The development of modern theories, constructs and realities about gender, intersex, sex and trans. Changing social gender “norms”, sexual psychopathology, shifts in neuro and biological understanding of sex and gender, and modern medical possibility to redefine bodies. From crossdressing mollies to sexual inversion, transgenderism, non-binary gender and 80 shades of intersex. This is the second lecture in a series that began by covering the ancient and medieval history of gender variance until 1800, delivered at UEA in 2012.