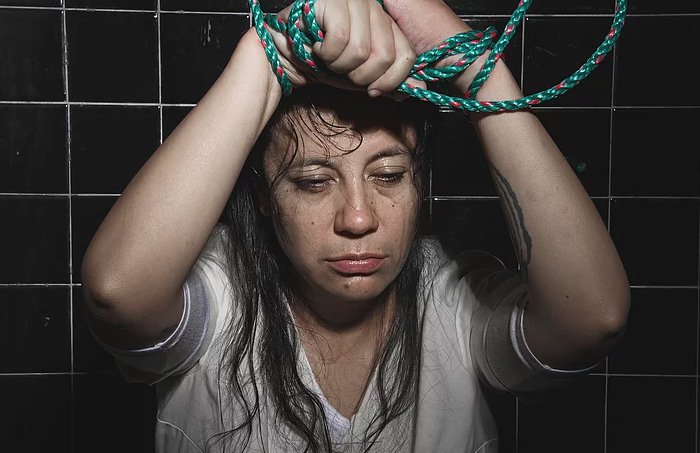 Ecuadorian photo artist Paula Paredes came to attention in 2014 when she revealed a photo project based on her own coming out to her family.

She sat her Catholic parents and two sisters down at the family dining table, set cameras to take a photo every five seconds, and then told them that she is a lesbian.

For her latest project, entitled Until You Change, Paredes returns to the theme of sexuality and societal attitudes towards gay people.

This time, she spoke to other gay women who have been held in so-called gay conversion camps.

In Ecuador approximately 200 facilities exist to “cure” homosexual men, women and transsexuals. Unfortunately, the majority of these centers remain open because they are disguised as Treatment facilities for alcoholics and drug addicts. Imprisoned against their will, those interned are subject to emotional and physical torture, through force-feeding, beatings and corrective rape.”

Paredes interviewed people who had been in such clinics and got first-hand accounts of the reality. As the facilities prohibit cameras inside, she decided to illustrate their stories by recreating the things they told her in a similar environment.

To protect the identity of her sources, she used actors and models.

These images allow us to see what was never meant to be seen. The perversion of pills and prayer books; the regime of forced femininity in make-up, short skirts and high heels; torture by rope or rubber gloves; the specter of “corrective” rape.”