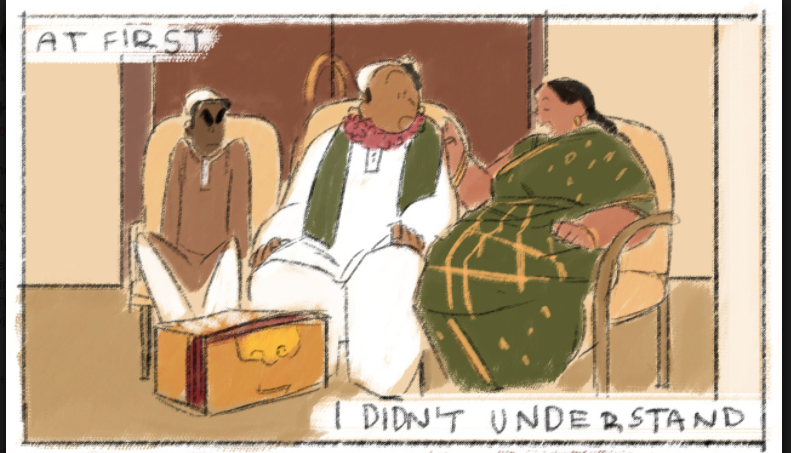 Saboor and Jameel star as the genderfluid, queer protagonists of Puu, a webcomic that is breaking barriers for LGBT Muslims and Indians worldwide.

The comic takes place in Chennai, India, and follows the budding romance between transman Jameel and genderfluid Saboor.

Nineteen-year-old Akshay Varaham designed the webcomic in response to the lack of Muslim LGBT representation in mainstream media. Saboor is a Twelver Shi’a, the largest branch of Shi’a Islam, although he grew up an Inyengar Hindu. Jamil is a Hanafi Sunni, a branch of Islam based in Iraq, and the minor characters are Hindu from various castes.

I made them [that way] because I haven’t seen much positive representation of Islam and Muslims in a lot of media, namely in Indian and Western media.”

The religious diversity is a welcome break from many American webcomics, where LGBT characters are often agnostic, Jewish or Christian – if there are Muslim characters, those characters are portrayed as Muslim of no particular sect. Puu aims to show how the particularities of religion, caste and nationality shape expressions of queer love.

In an early draft of the comic, Saboor “had a dark and tragic backstory of having been framed as a terrorist,” and died. Jameel was a “whirling dervish who danced to cope with the death of his lover.”

However, Varaham realized that he was playing into the Bury Your Gays trope, which says that “gay characters aren’t allowed to have happy endings,” so he changed the story. Now he is adamant about the fact that the main characters will not die. Not every LGBT story has to end in tragedy.

Dynamic lesbian characters shape the plot as well. Varaham decided to make the characters Noor and Alamu “not conventionally attractive” and “not stereotypical, hypersexualize depictions.”

He drew inspiration from Steven Universe, which centers around multidimensional queer female aliens. Steven Universe has been praised for its depiction of queer women, and Varaham hopes to accomplish the same texture of character.