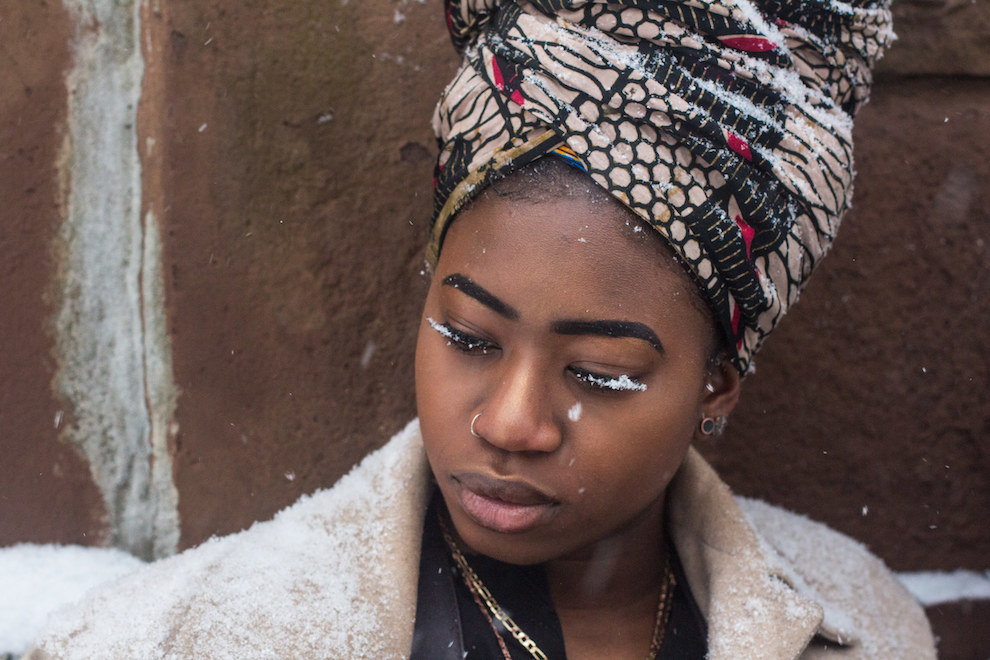 Being queer is un-African.

When his parents told him that, Mikael Owunna went into shock. He was fifteen and had finally come out. Decrying American corruption, his parents exiled him back to Nigeria to remember how to be an African – that is, straight.

Going back to Africa didn’t turn Owunna straight. It just introduced him to many, many more queer Africans who felt just as adrift as he did.

There was nowhere that I felt like I could be both queer, African and whole.”

That led him to create the Limit(less) photo project, which features portraits of and interviews with LGBT African expats. He wants to prove that being queer is very African, thank you very much.

This project is as much to unite the queer LGBT African community as it is to debunk stereotypes about Africans. Says Owunna,

Almost all of the (very few) images of LGBT Africans out there are so sad and depressing and center exclusively on our pain. I want to provide a space through my art where we can heal and see that we not only exist being both LGBTQ and African – but that we also thrive and love ourselves!”

Despite the large numbers of LGBTQ Africans, it’s not always easy for Owunna to find people to interview and photograph safely. Before agreeing to take someone’s picture, he has an in-depth Skype interview with them to make sure that adequately understand the risks of being vocal about their identity. Even in Western countries, they’re not always safe.

So far, he’s photographed over 30 LGBT African immigrants in the US, Canada, Sweden and Trinidad & Tobago. In the summer of 2017, he will travel to Belgium, France, Portugal and the UK for more participants.

See Owunna’s award-winning photography on his official website and check out the Limit(less) project for yourself.

For more LGBT African art, read Under the Udala Trees by Chinelo Okparanta.