How ‘The Little Mermaid’ Was Actually An Allegory For Being Queer 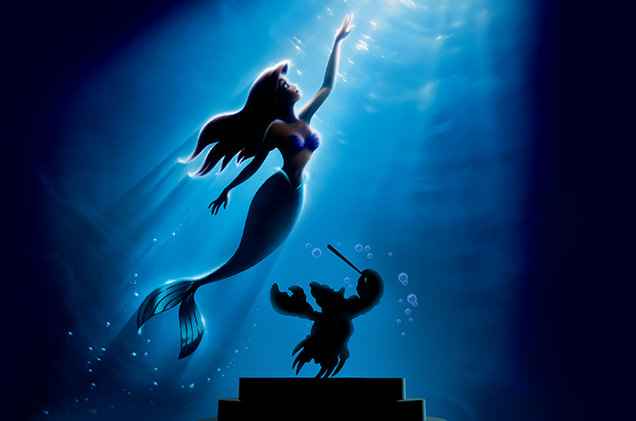 It’s a proven fact that most Disney films are pretty gay. Although the only overtly gay character is “The Fool” from the live-action Beauty and the Beast, movies like Mulan have challenged gender binaries, and movies like Frozen have drawn parallels to the queer experience.

But Disney’s foray into queer stories began a long time ago, before Frozen and even before Mulan. The Little Mermaid film that came out in 1989 is based on Hans Christian Andersen’s story “The Little Mermaid,” written in 1836. That’s pretty obvious. But did you know that his short story was based on the romantic letters that Andersen exchanged with a handsome young Duke, Edvard Collin? Unable to express his homosexual feelings of love toward the young Collin, Andersen used this story as an allegory for his experience.

Let’s break this down a little further.

Ariel’s love for the human world parallels Andersen’s love for other men.

Ariel is afraid to admit that she loves the human world, because her father believes it’s shameful and her friend Sebastian thinks that she can learn to love the sea if she just tries harder (sound familiar?). Like many teenagers, Ariel hopes that she will grow out of her shameful obsession when she gets older. That is, until she meets Eric.

Eric may have loved Ariel, but he was engaged to one of his own kind. A (human) woman. In their letters, Andersen lamented that Collin was engaged to a woman because marrying a woman was the proper thing to do. As much as he wished that Collin wouldn’t marry the woman, Collin and Andersen’s story didn’t end as happily as Ariel”s and Eric’s. Collin married a woman and Andersen suffered heartbreak.

Ariel is silenced just as queer people were silenced.

Ariel is literally silenced. In the 1830s, queer people could speak out – if they wanted to be shamed, arrested or even put to death. Unable to speak freely, they resorted to covert letters, coded messages and, it seems, allegorical fairy tales.

There is a saying that says, “Those who scream the loudest have the most the hide.” In this case, the most vehemently homophobic people are the ones who are terrified of their own homosexual desires. Ursula’s relentless opposition to Ariel is based in her own resentment toward herself. Ariel is taking a risk by actually pursuing the illicit desires that she wants, whereas Ursula has often tried to ignore her own desires.

In the first draft of “The Little Mermaid” Ursula was Triton’s sister until her own love for the human world drove them apart. In the film, Ursula was based on a drag queen named Devine.

The rainbow that Triton paints in the sky is as gay as it looks.

When Ariel finally overcomes everything to marry Eric, her father paints a rainbow in the sky. This could symbolize peace, as in the peace that the Christian God made with people after Noah’s flood. But The Little Mermaid came out in 1989, and the rainbow became a prominent symbol of the gay rights movement in the 1970s. Disney animators knew exactly what it stood for.

Disney lyricist Howard Ashman confirmed that Beauty and the Beast was an allegory for AIDS.

Ashman, who was the lyricist for both Beauty and the Beast and The Little Mermaid, was an openly gay man who died of AIDS right after finishing Beauty and the Beast in 1991. Ashman considered Beauty and the Beast to be his personal story: “Shunned from society, his body hideously transformed, and his life wilting away like the enchanted rose, the Beast is a figure of degenerative disease. Belle’s love and the ultimate breaking of the curse is the fantasy cure that Ashman was denied.”