Introduced by transgender model and activist Munroe Bergdorf – who was recently fired by L’Oreal for her comments on race – the event saw seven of London’s most exciting LGBTQ+ designers showcasing their collections with clothing that expressed the most radical of identities. 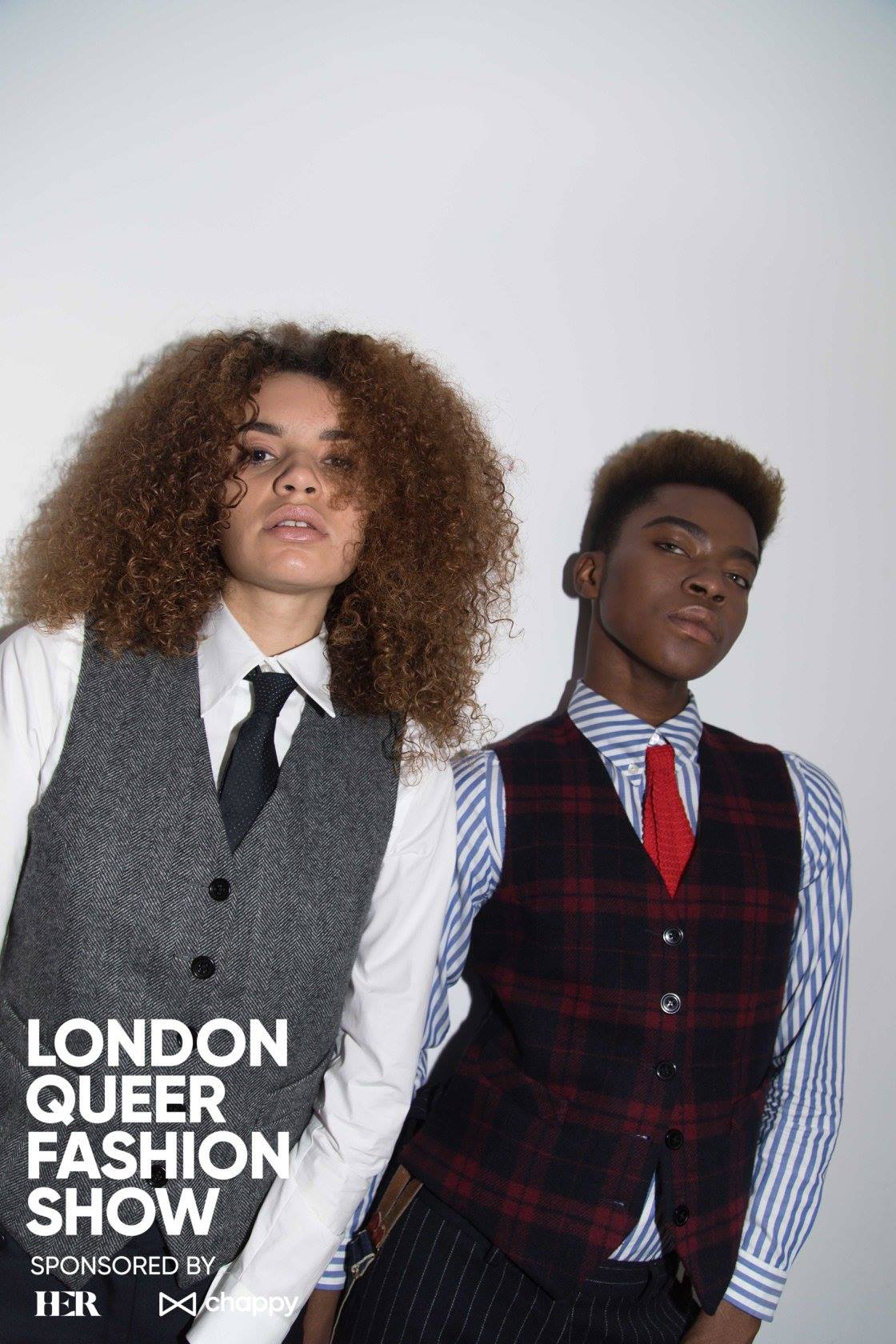 Gone were the obvious separations some see in shows between the young brands and the established. All designers stood on equal ground and wowed the crowd. 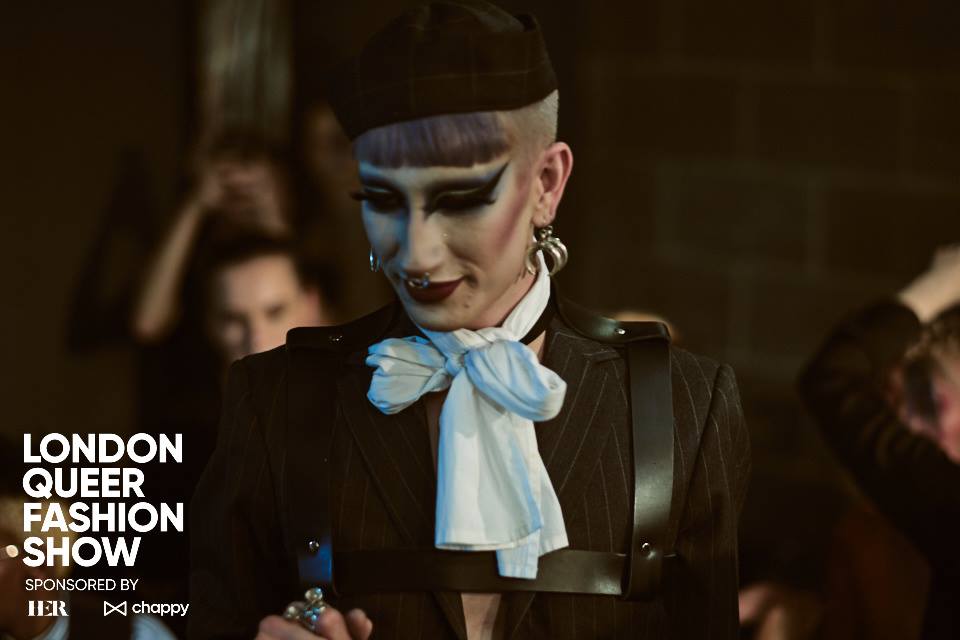 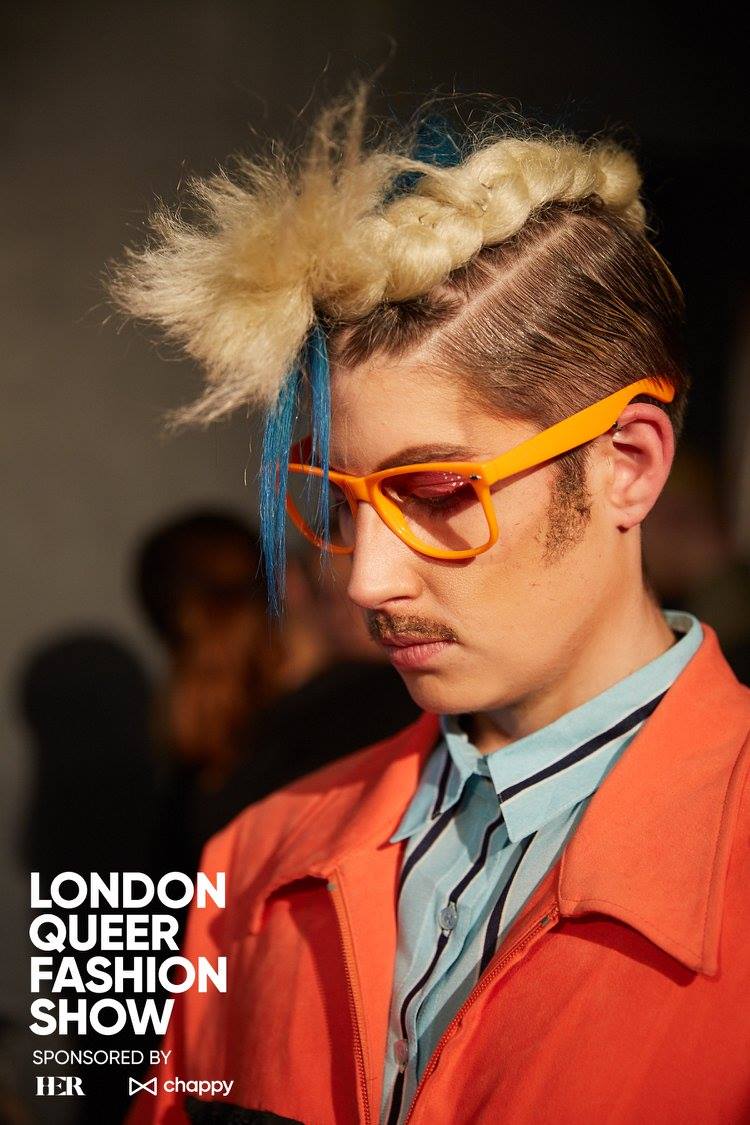 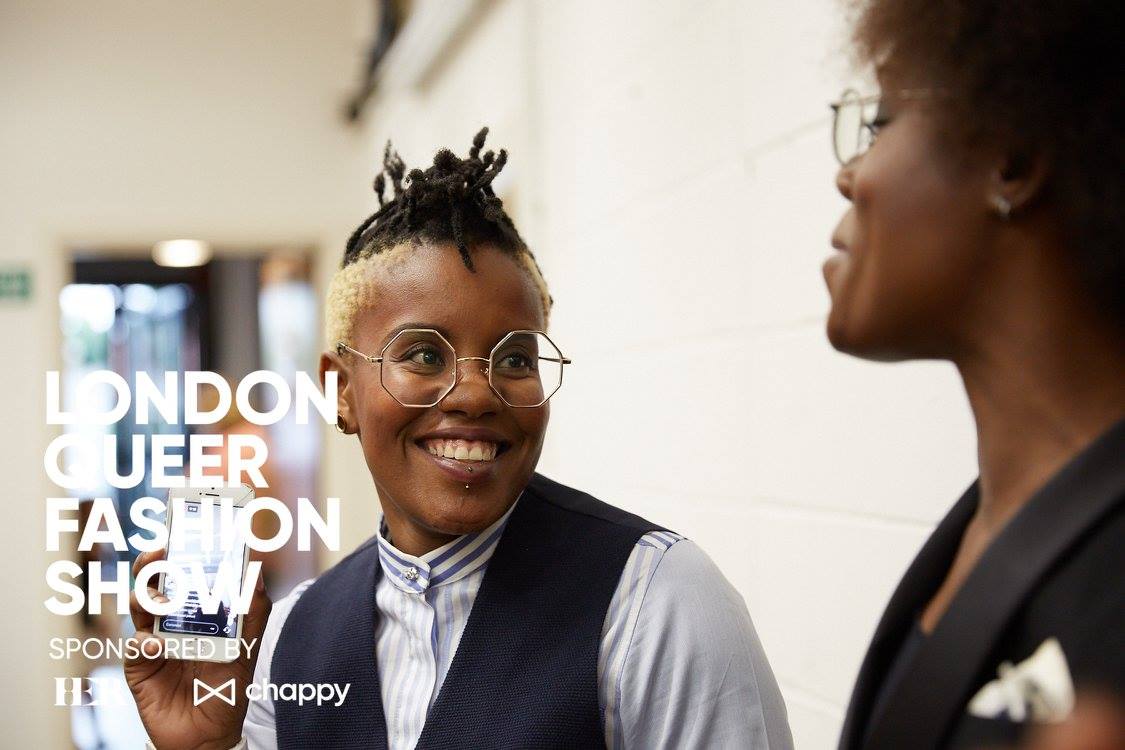 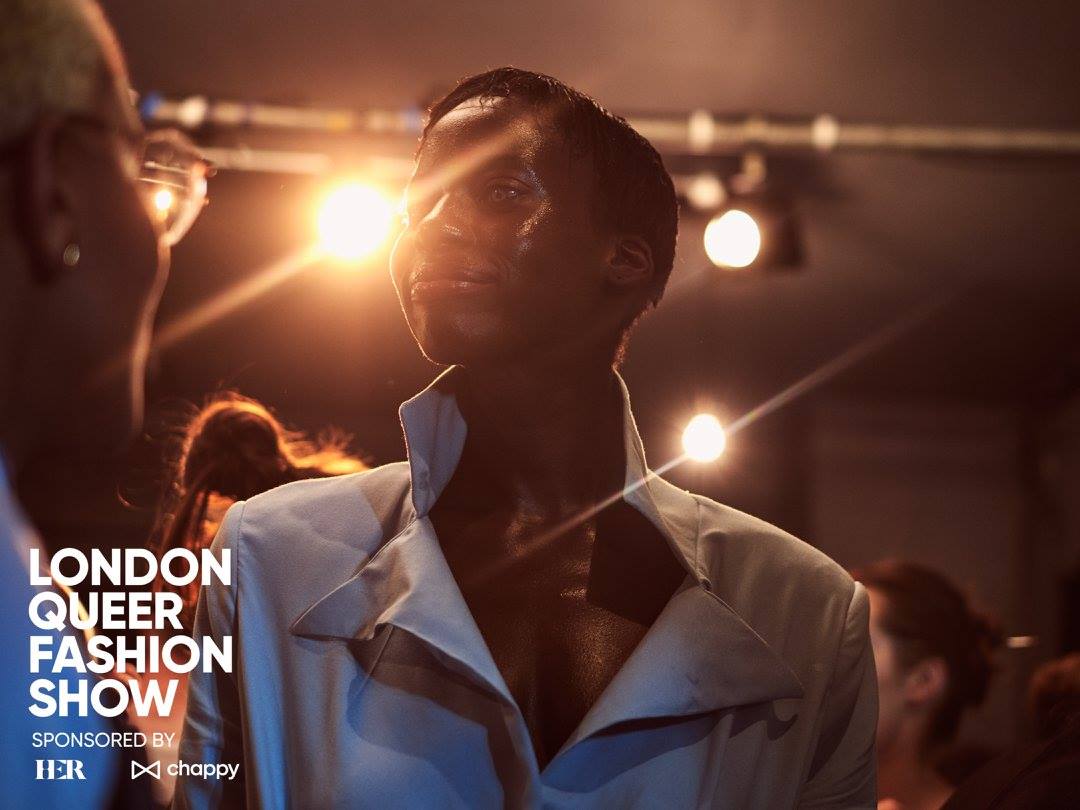 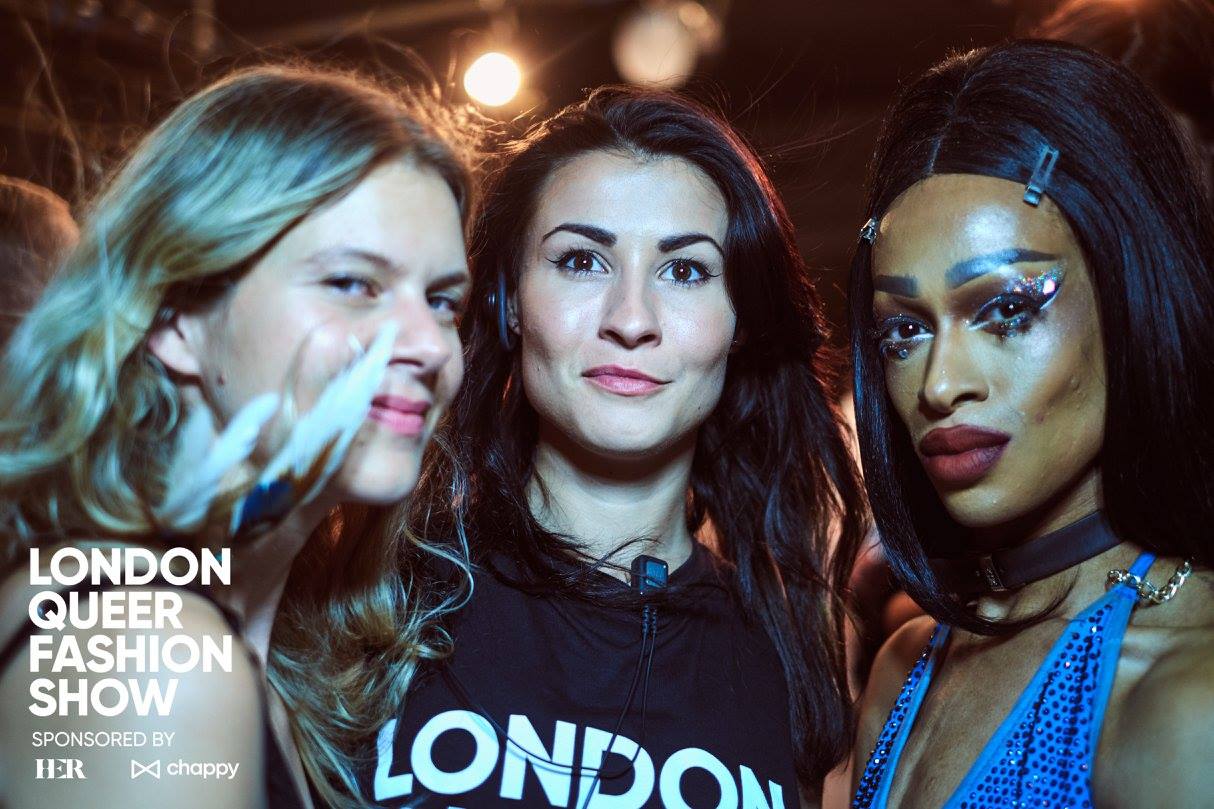 From unexpected pairings of latex and cotton in Akvile Jancauskaite’s collection; to the beautiful, twisted and dark fantasy created by Ingrid Kraftchenko. 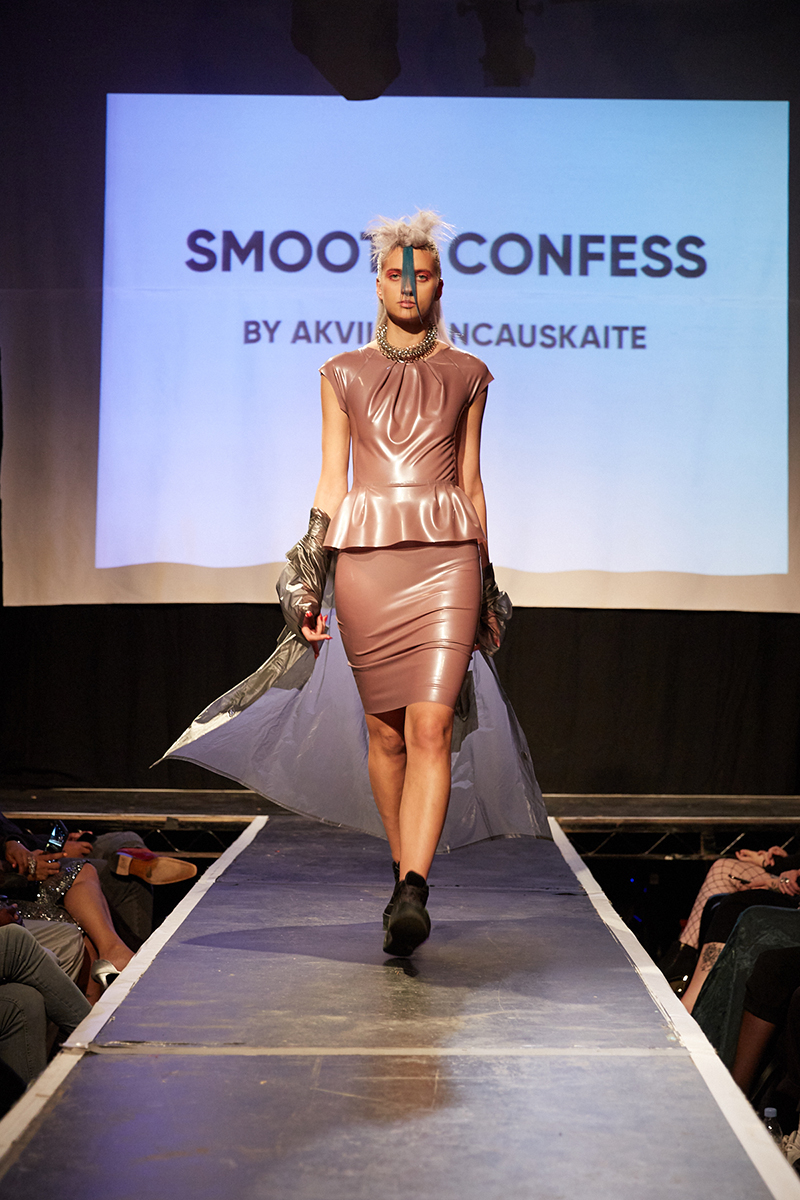 Then there was Jack Goode’s combination of classic tailoring and clubkid sensibility; and Emily Witham’s use of pattern manipulation and showmanship. 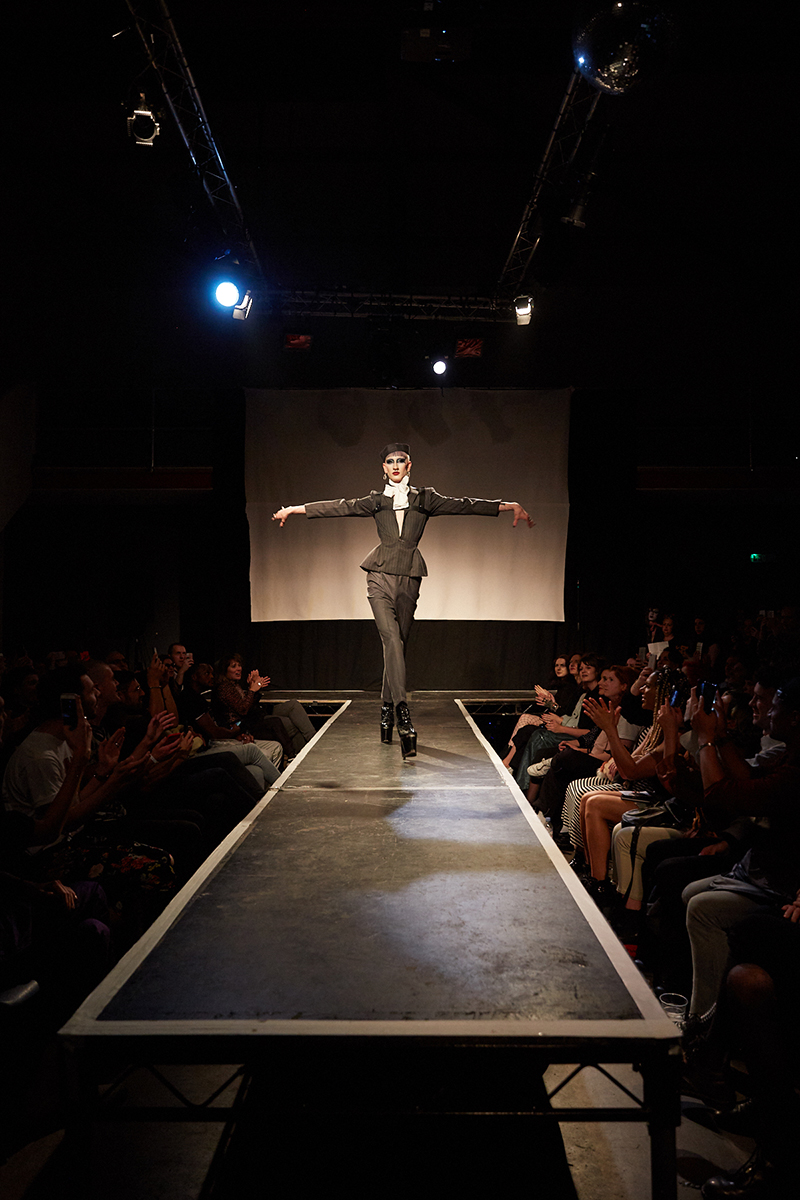 Ben Copperwheat was also on hand to deliver a collection of colourful and vibrant pieces, alongside Halina Edwards whose work focused on intricate patchworking and material manipulation. 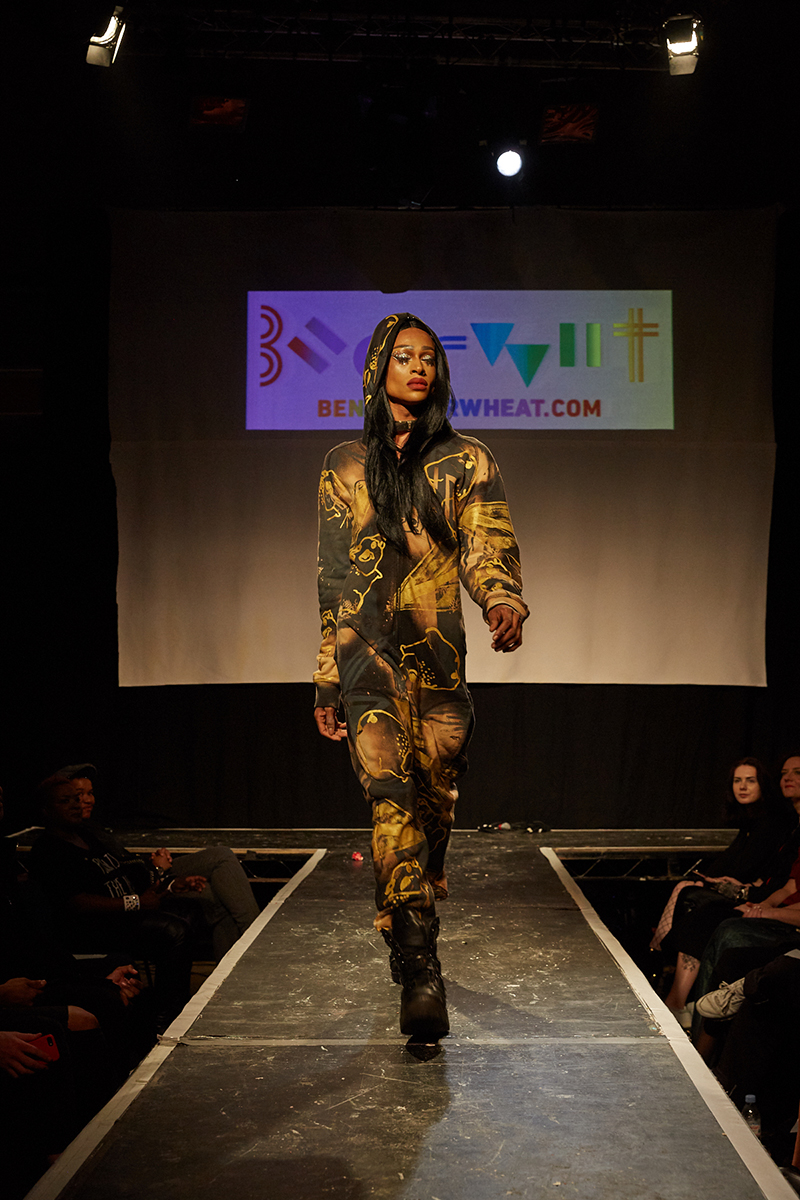 And finally, the tailored display by Thomas Thomas, who make vintage-inspired British suits for women. 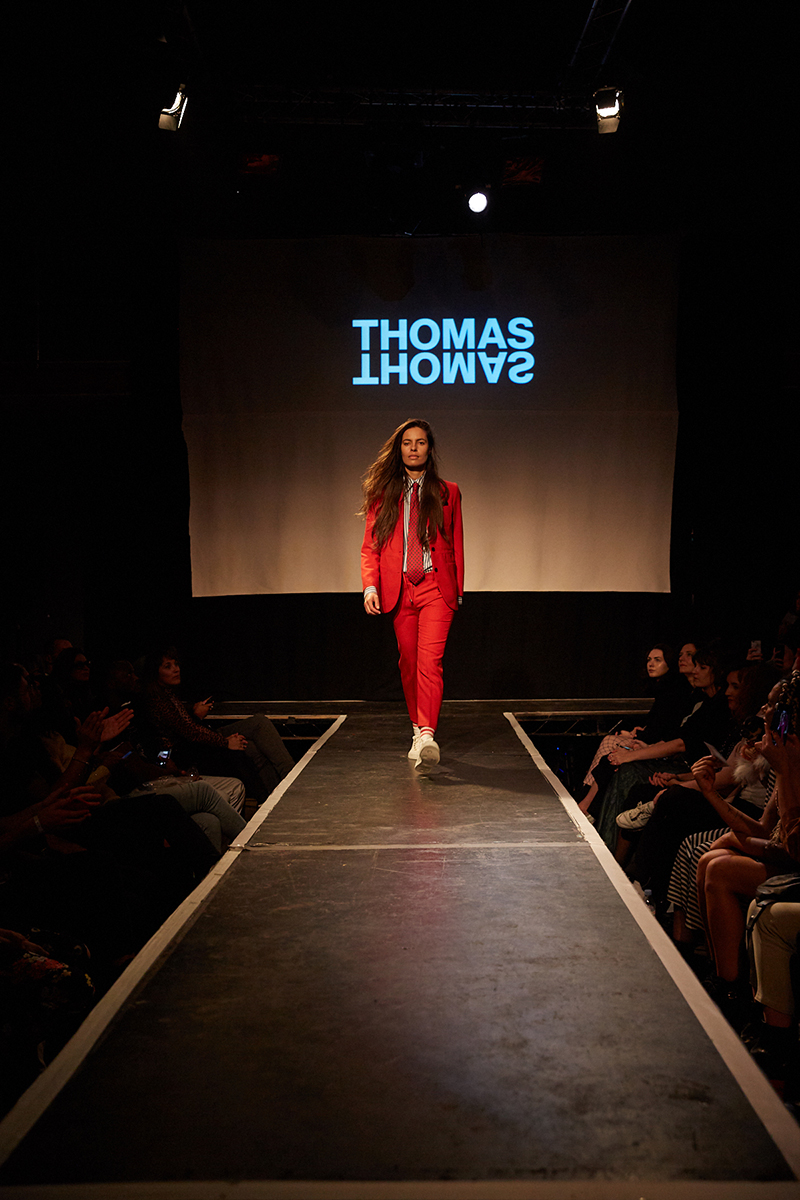 Beyond the clothing, the energy at the event came from the models; the most eclectic, diverse representation of identities.

All races, all genders, sexualities, body types and ages were carrying the collections down the runway. Each time a model took the stage, the crowds responded to seeing an individual that represented their own identity & community with cries and shouts of support. This show was real, raw and representative. 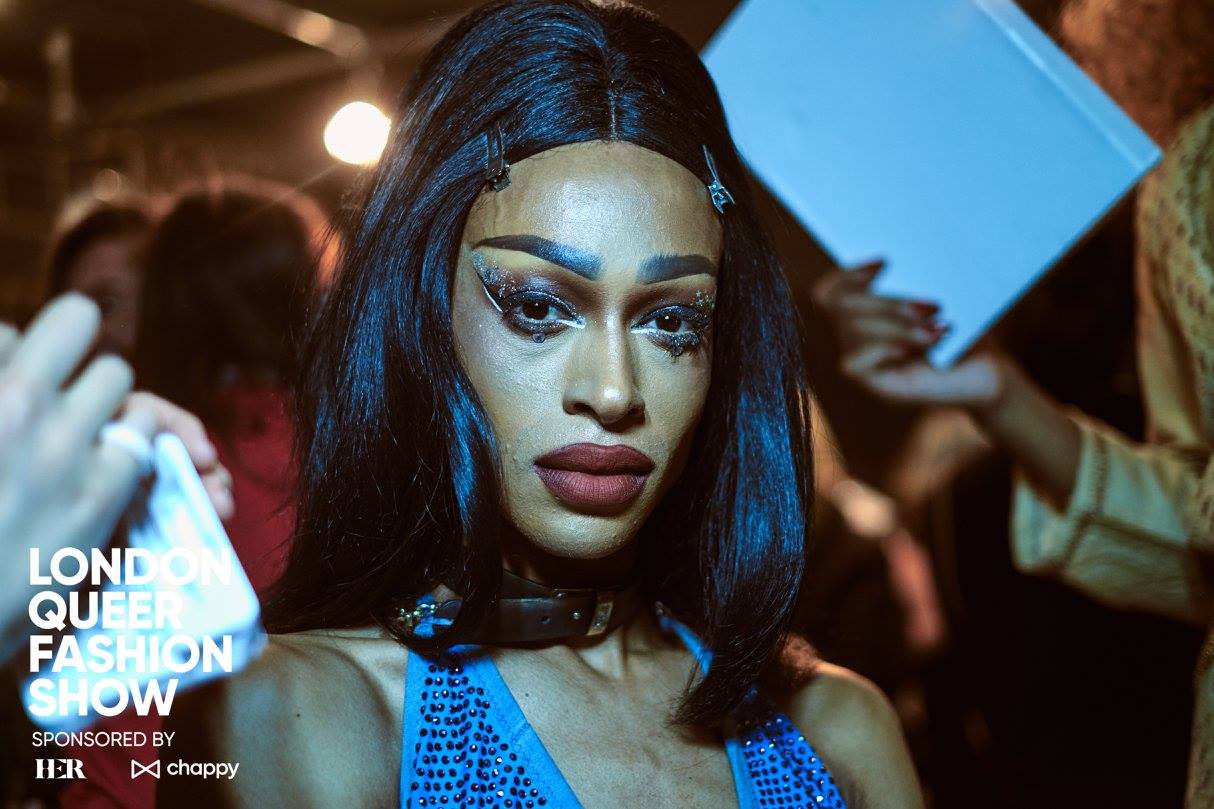 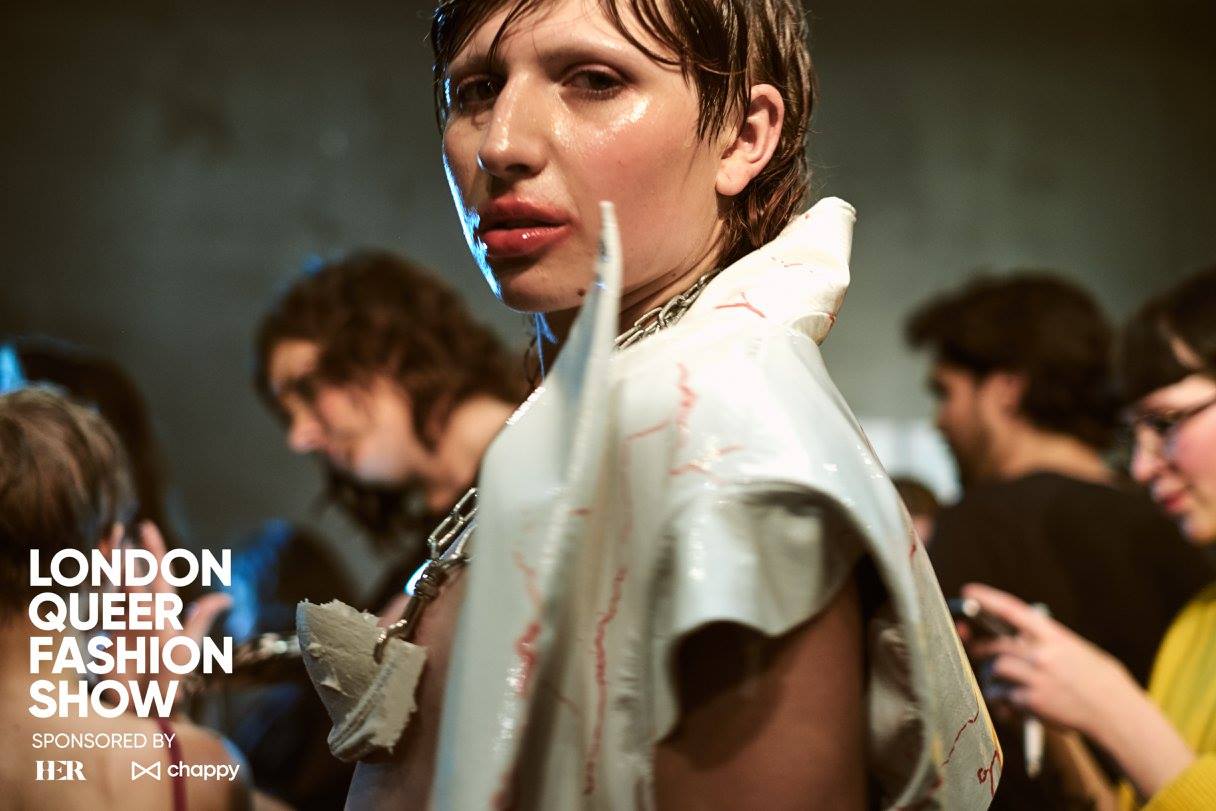 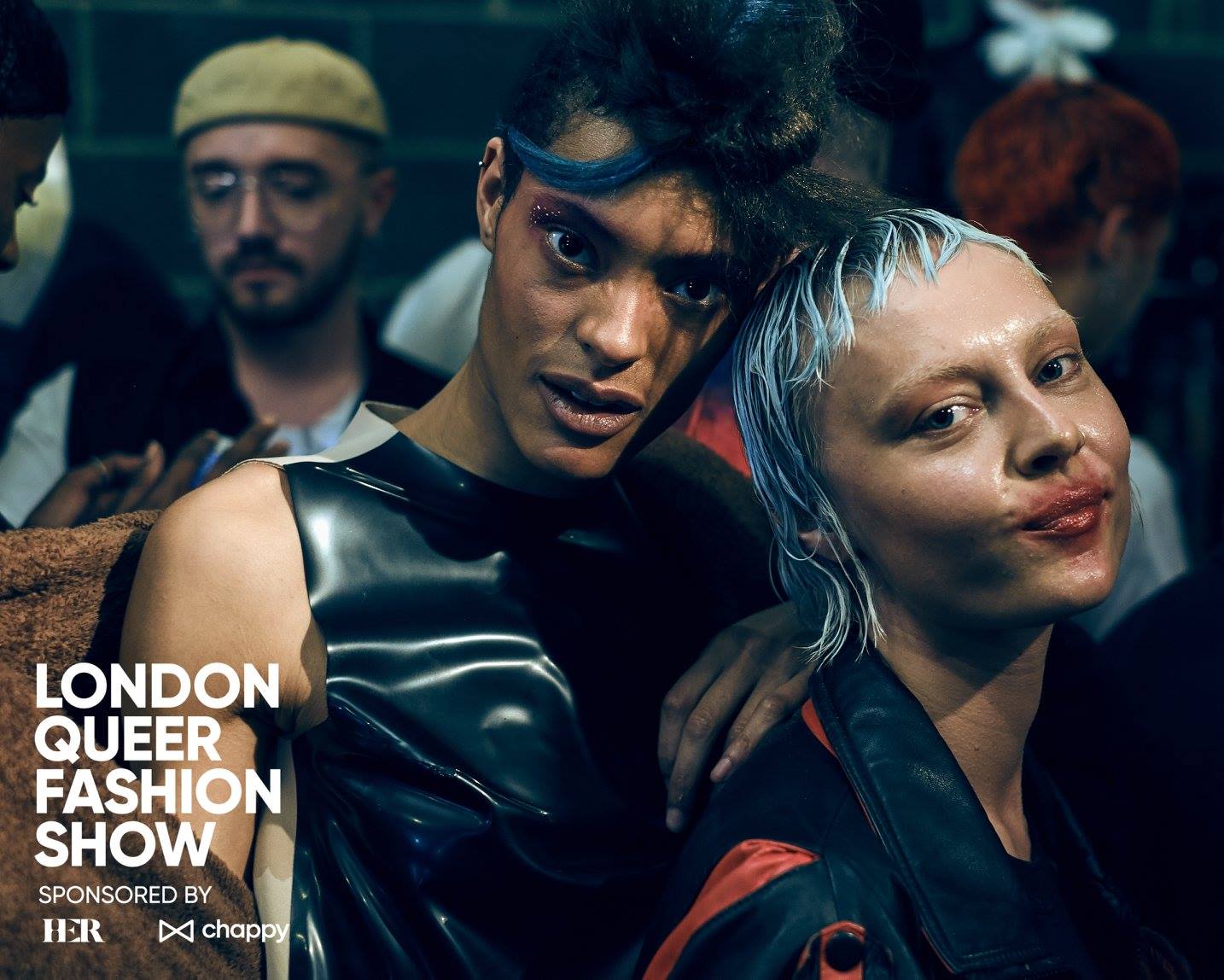 CEO of London Queer Fashion Show, Robyn Exton, ended the event with a call out to attendees, asking those who want to stand together, who want to be represented, visible and present in the queer fashion community to step forward and join the LQFS movement.

Share brands, models and partners for the next event with them to continue building the most diverse fashion show in London.