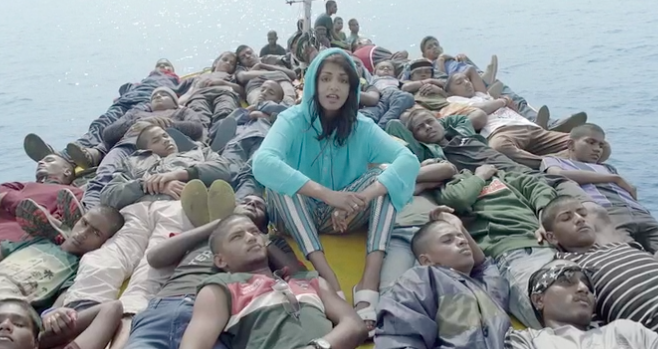 M.I.A‘s latest video, for the track released last week, “Borders”, pays tribute to the men, women and children fleeing war-torn lands in a bid for survival.

The 40-year-old unleashes a flood of criticism – punctuated by lyrics like “What’s up with that?” – the worlds reaction to the refugees taking their lives into their hands to reach safety.