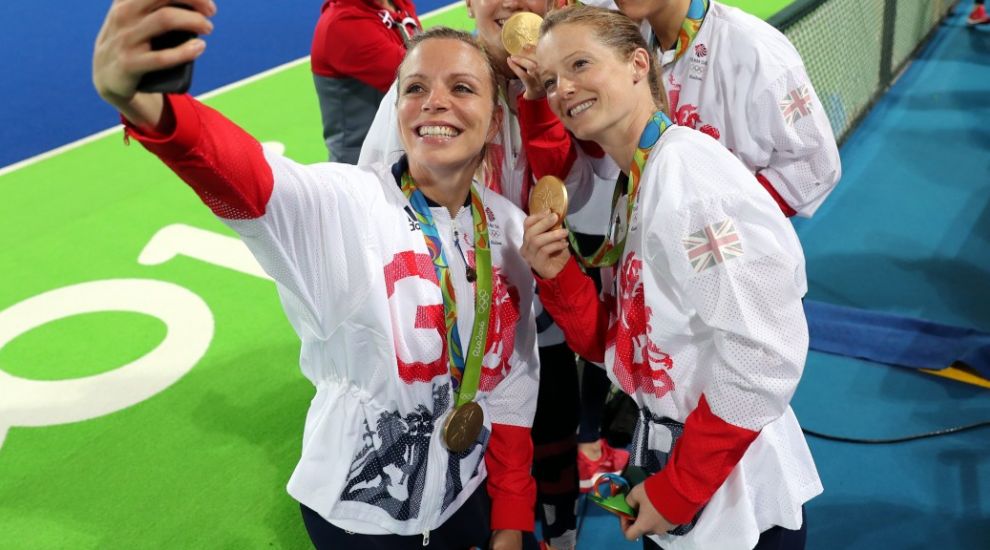 Congratulations to Kate and Helen Richardson-Walsh, the first married lesbian couple to become the first in Olympic history to jointly win an Olympic gold medal.

Part of the GB Hockey team, Kate and Helen played in the winning match against the Netherlands, which led to Team GB winning gold.

The match went to penalties before the team took the lead to win 2-0 against the Netherlands.

The two-team GB hockey players spoke of their pride after becoming the first same-sex married couple to make it to an Olympic final together.

Kate Richardson- Walsh, the team captain, said it would be a “really special” moment to stand on the podium next to her wife Helen.

Defying the odds, skipper Kate, 36, retired in 2014 but decided to make a comeback for Rio, whilst Helen is competing despite two lots of back surgery in 12 months.

On winning she said,

In past interview, the pair said that they want their sexuality and relationship to be seen as “a normal thing.

We’re not out there shouting it, it’s just part and parcel of who we are.”

If you are really open about it, people say, ‘Why do you make such a big deal about it?’